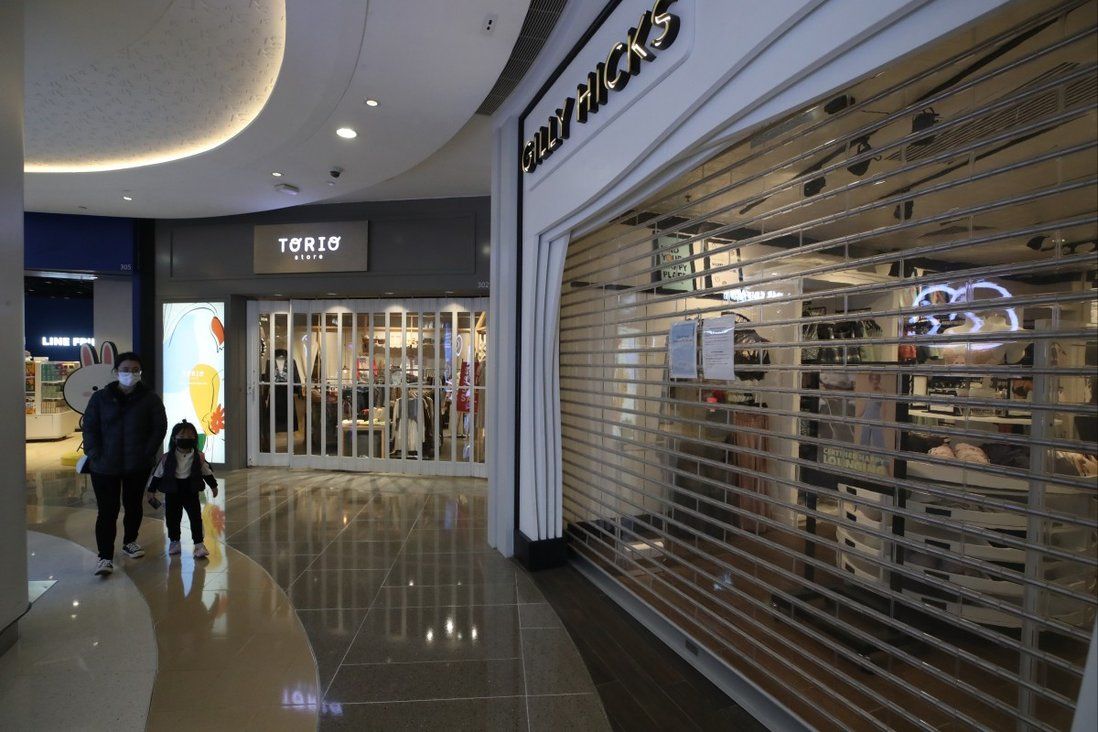 The finance chief has called on leading landlords in Hong Kong to provide rent relief to struggling businesses so they can better ride out the Covid-19 health crisis.

The appeal by Financial Secretary Paul Chan Mo-po on Sunday came a day after Chief Executive Carrie Lam Cheng Yuet-ngor urged developers “to ramp up their battle” against the pandemic by giving rental waivers to the affected tenants.

Writing on his blog, Chan said: “I hope that there will be more capable developers and big landlords who shoulder their social responsibility by joining hands to support small and medium-sized enterprises (SMEs).

“[I hope] they can arrive at a proposal both acceptable to the landlord and affordable to the tenant … This is the time when Hong Kong desperately needs people to join forces to demonstrate the spirit of mutual understanding and solidarity.”

Both Lam and Chan referred to the example of Swire Properties, one of Hong Kong’s biggest retail landlords, which said on Friday that it would offer full rental waivers until April 20 to tenants forced to close at its wholly-owned shopping malls, Cityplaza and Pacific Place.

A call for rent relief featured in the finance chief’s budget on Wednesday, with plans for businesses across 19 sectors to be allowed to delay payments from January for potentially up to six months under a newly planned law.

Link Reit, Asia’s largest real estate investment trust, said on Thursday it was assessing the effects of the outbreak with a view to expanding its support for tenants in Hong Kong.

The company, which operates more than 11 million sq ft of retail space in the city, said it had been providing HK$120 million (US$15.4 million) in support to its tenants since early this month.

It assesses the individual circumstances each tenant faces and allows them to pay rent in instalments. It also waives late-payment charges and offers some rent-free periods.

The MTR Corporation previously rolled out rental concessions across its network of 97 subway stations and 13 of its shopping centres.

Property developers and hotel owners have stepped up efforts to help the city after Chinese President Xi Jinping instructed local authorities to shoulder the “main responsibility” for containing the fifth wave.

Chan said the government would speed up the drafting process for the rent deferment bill, which would initially propose allowing tenants to withhold payment for up to three months.

“This is an extraordinary measure for an extraordinary time. We hope to buy time to give breathing room to the SMEs so as to avoid a domino wave of business closures,” he said. “It doesn’t mean that we encourage tenants not to pay rent … but many businesses have been in deep water.”

He pointed out that the rental deferment arrangement had received strong feedback from small businesses owners, who said the move could help ease the financial pressure they faced.

“Some small businesses told us that the measure has allowed their extremely pessimistic friends to have some peace of mind … and that more landlords are willing to discuss the rental reduction arrangement,” he said.

Chan also announced measures on Saturday to help small landlords cope with any cash flow problems caused by waiving rents, including interest-free government loans of up to HK$100,000, a deferred collection of rates payment for property owners and mortgage reimbursements to banks.

During an appearance on a TVB programme on Sunday, Chan said a fresh round of HK$10,000 in consumption vouchers could help stimulate the economy in the second half of this year provided the pandemic was contained during the next two months.

As to whether the government would roll out more financial aid to Hongkongers, Chan said officials would continue to closely monitor the health crisis.

“We will keep a close eye on the pandemic situation and see if we need to provide more help during the universal testing for all the people in Hong Kong,” he said.