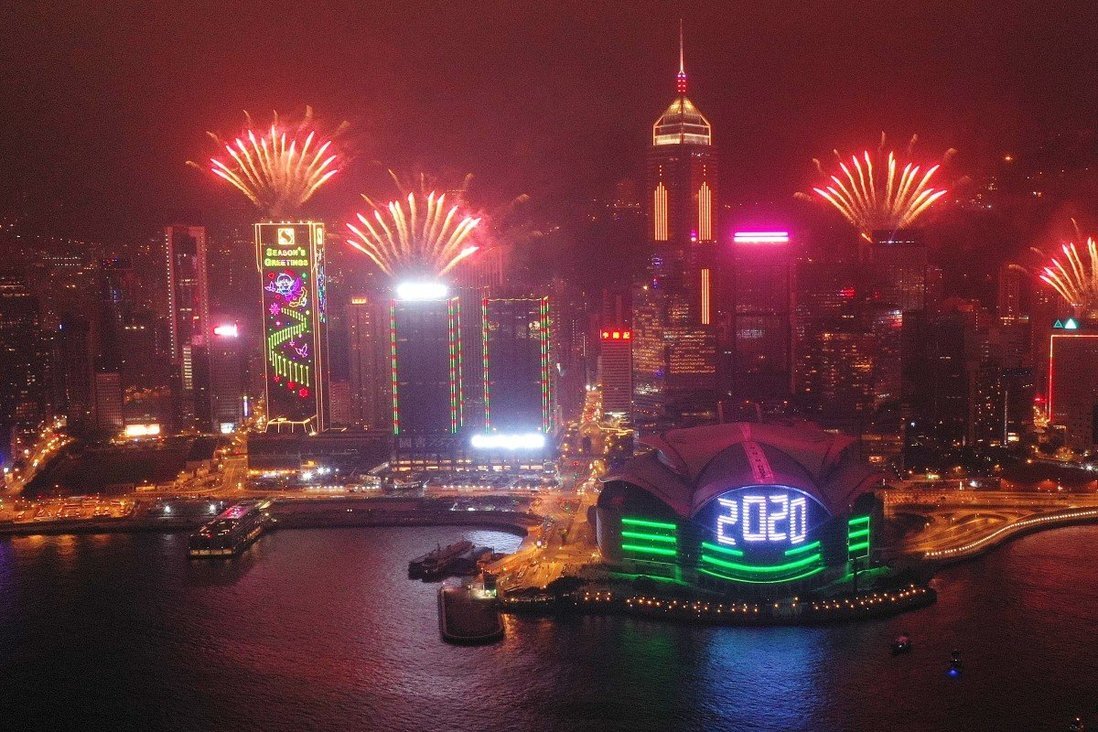 Hong Kong is bracing for a bleak New Year, with the annual countdown fireworks display over Victoria Harbour and the iconic parade
in February both cancelled due to a new wave of coronavirus infections.

The Hong Kong Tourism Board revealed the cancellations on Friday, making 2021 the second year in a row that the city would miss out on the usually lavish annual celebrations.

Last year’s countdown fireworks and the 2020 Lunar New Year parade were both held in much diminished form due to the threat of anti-government protests, and industry leaders who spoke to the Post predicted an even quieter business period ahead for restaurants and hotels as fewer residents would go out to enjoy the festivals. 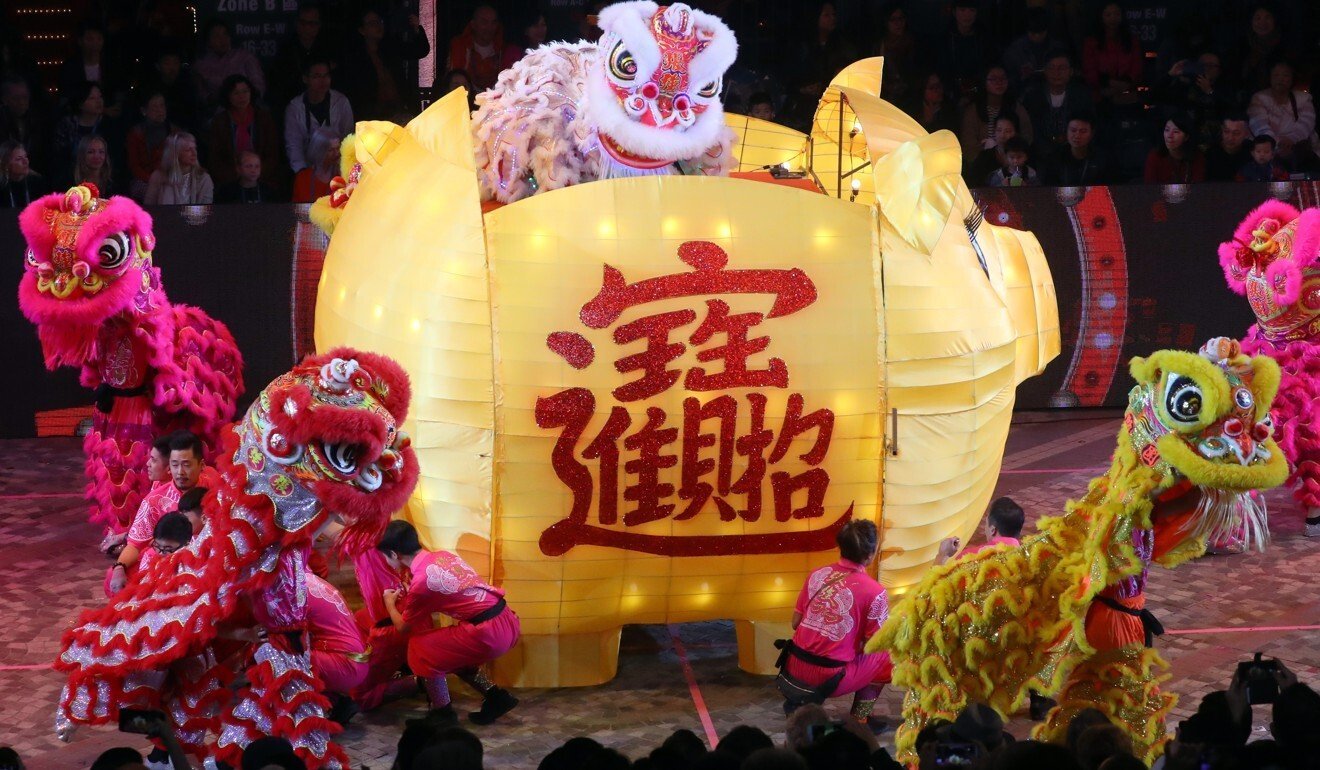 A lion dance performance during the International Chinese New Year Night Parade in 2019.

The tourism board said Friday’s cancellations were part of its efforts to fight the coronavirus after the government tightened social-distancing measures amid a worsening fourth wave of infections.

As for the International Chinese New Year Night Parade, the board said it had to cancel the February 2021 edition because performing groups could not take part under the current travel restrictions.

“The HKTB is exploring to organise an Online + Offline event,” it added in a press release, noting details would be announced later.

While this year’s Hong Kong WinterFest, which began on Friday, will not place a Christmas tree installation in Central’s Statue Square, the board has set up a virtual tour of Christmas Town for revellers to learn how to make festive handicrafts. The festival ends on January 3.

The holidays are usually peak season for retailers and restaurants, though that is not likely to be the case this year, given that public gatherings are now limited to just two people, as is the number of diners allowed to sit at a table in restaurants. Bars and nightclubs have also been ordered to close.

Simon Wong Ka-wo, president of the Hong Kong Federation of Restaurants and Related Trades, said the scrapping of the celebrations was expected given the number of other events that had already been called off.

“If the pandemic had been under control and we had these events, it would have helped catering businesses a bit,” Wong said, adding he hoped officials could relax social-distancing measures to allow four people per table at restaurants if the crisis eased. 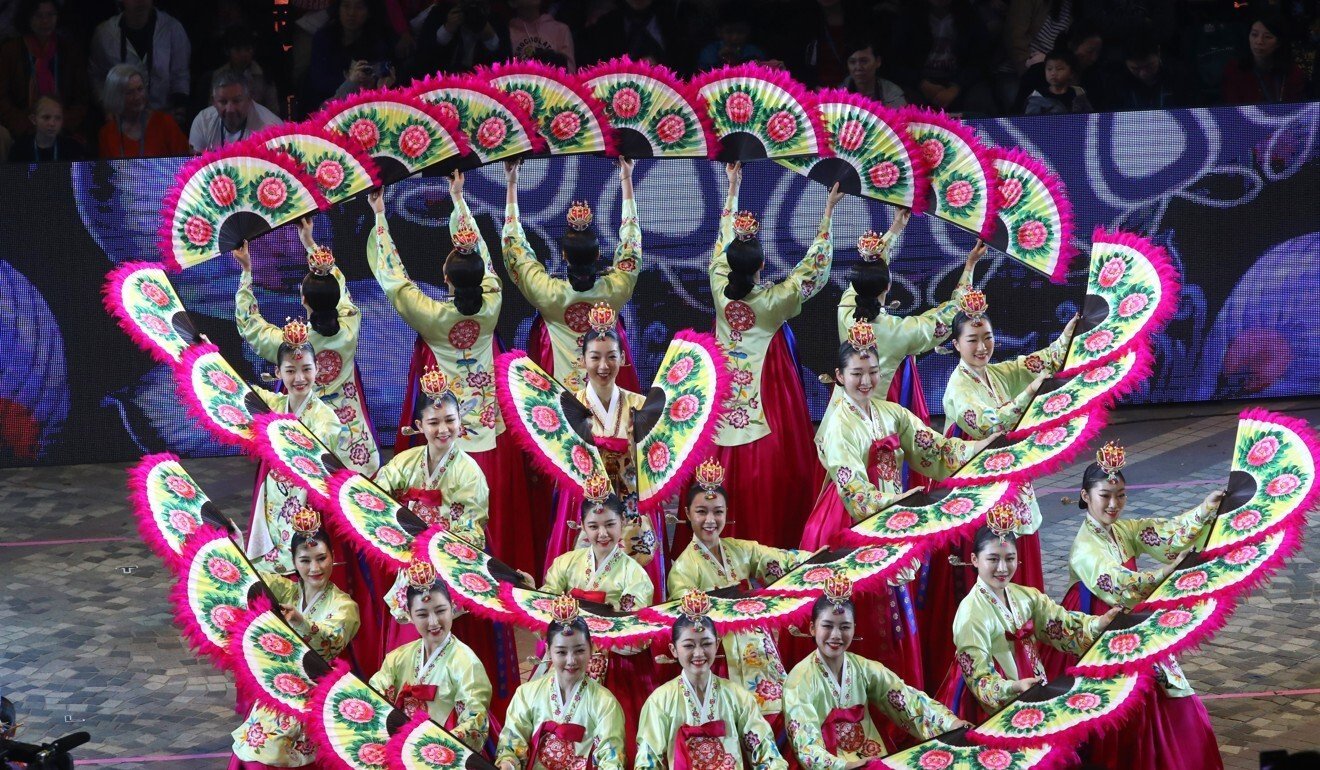 Dancers from the Korean National University of the Arts performed at the Lunar New Year parade in 2019, something travel restrictions now make impossible.

Tourism sector lawmaker Yiu Si-wing noted rooms with sea views at four- or five-star hotels once cost HK$3,000 to HK$4,000, as both locals and tourists wanted a good spot to watch the fireworks as they rang in the new year with loved ones.

But Yiu said if the ban on public gatherings of more than two people remained until late December, not many families would be eager to book those rooms.

“There may be pairs of people booking these services, but the amount they spend will not be as much as families,” he said.

However, if social-distancing rules governing group dining were relaxed, hotel buffets with ocean views could still be an attractive alternative for local families, he added.

Traditionally, revellers have flocked to both sides of Victoria Harbour to enjoy the New Year’s Eve fireworks. But last year’s showpiece was changed to an enhanced version of the Symphony of Lights – the daily light and sound show over the harbour – along with a smaller-scale fireworks display after concerns were raised about the event’s safety amid the social unrest.

The board also replaced the 2020 Lunar New Year parade with a carnival after determining the usual route through a protest-hit part of the city was “too risky”. But as Hong Kong confirmed its first Covid-19 cases, the carnival was also cancelled.