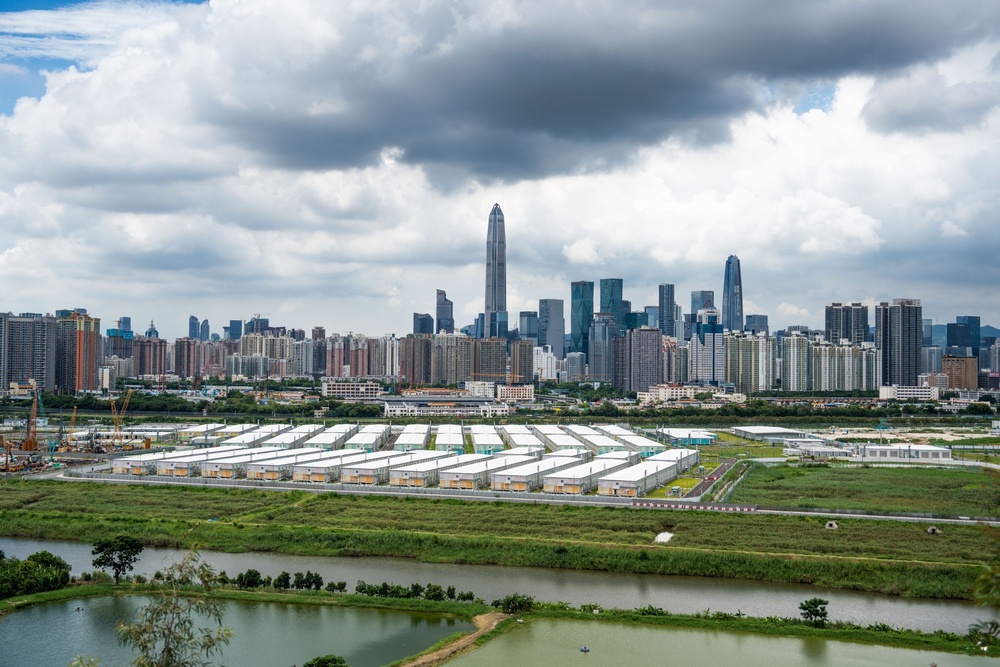 Hong Kong is targeting an end to hotel quarantine in November, ahead of a summit of global bankers and an international rugby competition, even as a resurgence in Covid-19 cases prompts health officials to push back on the plan, according to people familiar with the debate.

Chief Executive John Lee is leaning toward scrapping hotel quarantine before the November events to signal Hong Kong is back in business, despite the objections of some in his administration, the people said. Health Secretary Lo Chung-mau is among those who want to tighten restrictions as cases surge, one person added, on the hope that suppressing cases will lead to the reopening of the mainland border.

The momentum is on the side of ending quarantine on the international border over resuming unimpeded travel with the mainland, one of the people said, as many in the government view public opinion in favor of opening to boost the economy. A final decision will ultimately hinge on the daily case count, the number of fatalities and public perception, the person said.

In a statement, a Hong Kong government spokesperson said there was “no disagreement” in the administration regarding the approach on hotel quarantine. The government would “continue to adjust anti-epidemic measures as appropriate according to the epidemic developments and analyses of scientific data,” he said.

“The government is very conscious of the need of maintaining connectivity with both the mainland and the international world, including reducing inconvenience to travelers,” the spokesperson said, adding that the aim was to safeguard the well-being of citizens, particularly the elderly and children.

Hong Kong has steadily eased pandemic restrictions since a surge of Covid infections and deaths in March marked a clear split from the mainland, which continues to use strict lockdowns and lengthy quarantines to try and keep cases close to zero. Still, while Hong Kong has reduced hotel quarantine to three days from 21 days, the administration has been unable to fully open up even as rival Asian hubs like Singapore remove all pandemic restrictions.

The discussion on ending quarantine is persisting despite a surge of Covid cases in Hong Kong, which one top government adviser said could peak at 20,000 per day later this month. Lee has yet to substantively tighten social-distancing measures and daily Covid deaths remain low, recording nine fatalities on Wednesday.

Hong Kong should have more political space to take action on quarantine following the Communist Party congress starting Oct. 16, during which President Xi Jinping is set to secure a third term in office. At the twice-a-decade event, Xi is poised to trumpet China’s Covid policies as superior to the rest of the world in preventing widespread death.

Other factors are adding pressure on Hong Kong to end quarantine. While the city has invited the heads of major Wall Street banks to the November conference organized by the Hong Kong Monetary Authority, many are reluctant to receive quarantine exemptions to attend, one person said. Another added that bankers didn’t want to be singled out after JP Morgan Chase & Co. Chief Executive Officer Jamie Dimon became the target of criticism last year after receiving such privileges.

Moreover, quarantine would deter visitors from attending the Hong Kong Rugby Sevens tournament scheduled from Nov. 4 to 6, as well as an international legal conference that month.

“Ideally if we can do this by November -- zero days of quarantine -- it will be very much helpful for us to organize these huge events,” said Holden Chow, a lawmaker and vice chairperson of the largest political party in Hong Kong’s legislature. “Our final goal is to reach zero days, so they could also do it on a step-by-step or gradual basis.”

At a business conference in Hong Kong on Wednesday that also featured Han Zheng, one of China’s top seven leaders on the Politburo Standing Committee, Lee said the city was determined to seize new opportunities “despite the threats posed by the Covid-19 epidemic.” He referenced Xi’s remarks during a visit to the city in July, when the Chinese leader called for “maintaining Hong Kong’s status as an international financial, shipping and trading center.”

Calling Hong Kong “the business bridge between our country and the rest of the world,” Lee said the main duty of the government was to protect those vulnerable in society and ensure the public health system isn’t overwhelmed.

“Based on those, Hong Kong should connect with both the international community and China,” he said. “We will do as much as we can.”

Lee on Thursday secured China’s support for a “reverse quarantine” program to boost travel into the mainland following a meeting with officials from neighboring Guangdong province, which is grappling with its own outbreaks. The move to ease travel across a border that has been closed for more than two years was seen as a crucial step toward being able to open more to the world.

Lee said a task force would now establish how those who quarantine in Hong Kong can enter the mainland without risking “contamination.” He also suggested a community isolation facility in Lok Ma Chau -- which is near the China border and has capacity for some 11,000 beds -- could be suitable for the program.

Hong Kong’s economy is on track to contract for the third time in four years, as policies such as the hotel quarantine and outdoor mask mandate weigh on growth and prompt people to leave the city. Many have gone to Singapore, which this week unveiled a five-year work pass to high earners in an effort to attract foreign workers.

“John is very mindful about the economy and what it does to people, talent, leaving Hong Kong and going somewhere else,” said Tommy Cheung, a member of the government’s advisory Executive Council. “So, he’s thinking about what he can do to relax the Covid measurements to the rest of the world, and at the same time, keep opening up borders to China.”

Ronny Tong, another member of the city’s Executive Council, said it’s become clear the central government recognizes that Hong Kong needs to reopen. Lee’s team, he said, has showed a “particular urgency in trying to create a better environment to allow us to open up as soon as we can.”

“I think we can safely bet that we will be continuing down this direction,” Tong added, “with an aim to try to open up more toward the end of the year.”