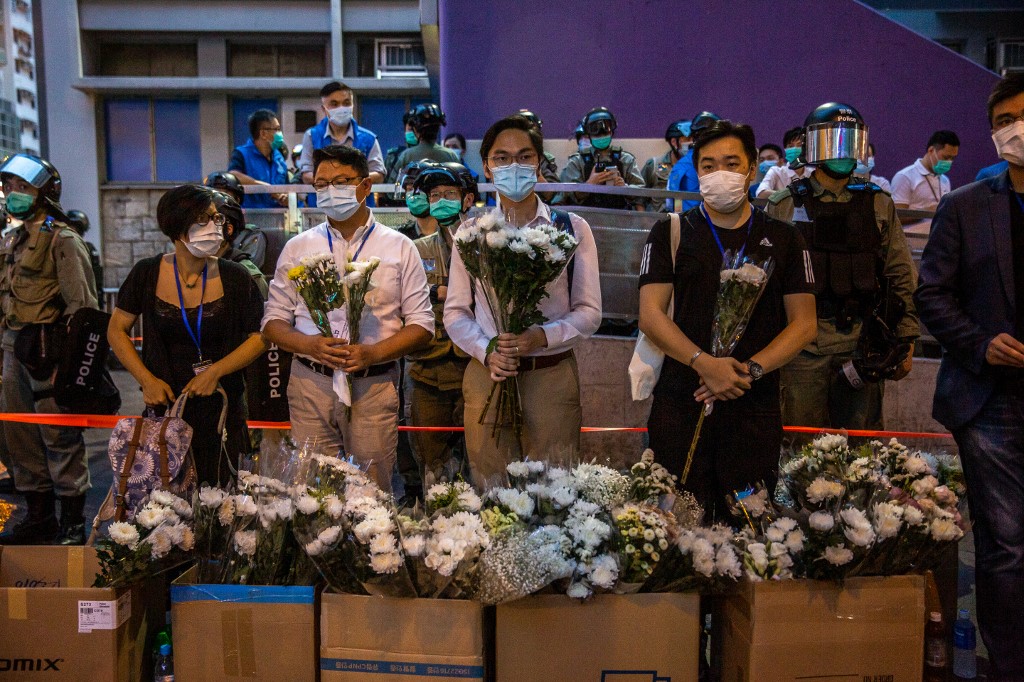 The Soteria Institute is lobbying Canadian MPs to speed up applications ahead of a possible travel ban in Hong Kong.

Hong Kong protesters who fled to Canada to escape an ever-widening crackdown on public dissent and political opposition in the city have set up a "lifeboat" group to support people thinking of leaving the city, RFA has learned.

The Soteria Institute was recently founded to support Hongkongers seeking political asylum in Canada, and to lobby for them once they arrive, a co-founder who gave only the name Alison told RFA.

"This all began with the [attempt to] bring in legislation under Article 23 of the Basic Law in 2003," she said. "Since then, if you watch what the CCP has been doing, it has never stopped trying [control ideology and activism using national security legislation and patriotic education]."

"This was already clear by 2012, with [the attempt to introduce] patriotic education in 2012," she said. "Rule of law has been gradually eroding, and freedoms have been gradually disappearing in Hong Kong all this time."

"The people are still there, but living under more and more restrictions," Alison said. "We don't want Hong Kong disappear, so I hope that Hongkongers who truly love their city will gather in other places, so they aren't totally scattered."

To date, more than 600 people have applied, and some applicants have already arrived in Canada, she said, adding that Soteria is currently supporting more than 10 of them.

Applicants need to submit to medical examinations at designated clinics in Hong Kong, which are now reporting waiting lists of two months compared with just one month in early March, she said, suggesting that there has been a sharp rise in the numbers of people applying in recent weeks.

Nonetheless, the group will need to lobby strongly with Canadian politicians in support of the asylum-seekers, as there is scant understanding of how the majority of protesters are treated when arrested by police in Hong Kong.

"You can get some well-known faces to talk about their experiences, but actually the way front-line protesters are treated on the ground is very different," Alison said.

"For example, a prominent activist gets detained for 48 hours, but police don't dare to leave him with serious injuries or broken ribs," she said. "But a lot of the front-line protesters wound up in hospital after their arrest, and then court."

"This is something that Canadian lawmakers don't really know about."

Alison said her group had also warned parliamentarians that recent changes to Hong Kong's immigration law mean that asylum-seekers could be prevented from leaving the city from Aug. 1.

The group is calling on Ottawa to speed up asylum applications to enable as many people to leave before the deadline as possible.

The amendment to the Immigration Ordinance was passed in a Legislative Council (LegCo) devoid of opposition members, who resigned en masse in December 2020 in protest over the expulsion of four of their colleagues.

Dozens of former members of the pro-democracy camp in LegCo have been arrested in recent months, either for public order offenses linked to peaceful protests during the 2019 anti-extradition and pro-democracy movement, or under a draconian national security law imposed on Hong Kong by the ruling Chinese Communist Party (CCP) from July 1, 2020.

The amended bill, which takes effect from Aug. 1, has been billed by the government as a crackdown on asylum-seekers and undocumented migrants.

But it also includes a clause enabling border guards to prevent a person from boarding a flight or any other form of transportation out of the city, paving the way for exit bans on any of Hong Kong's seven million residents or even on visiting foreign nationals.