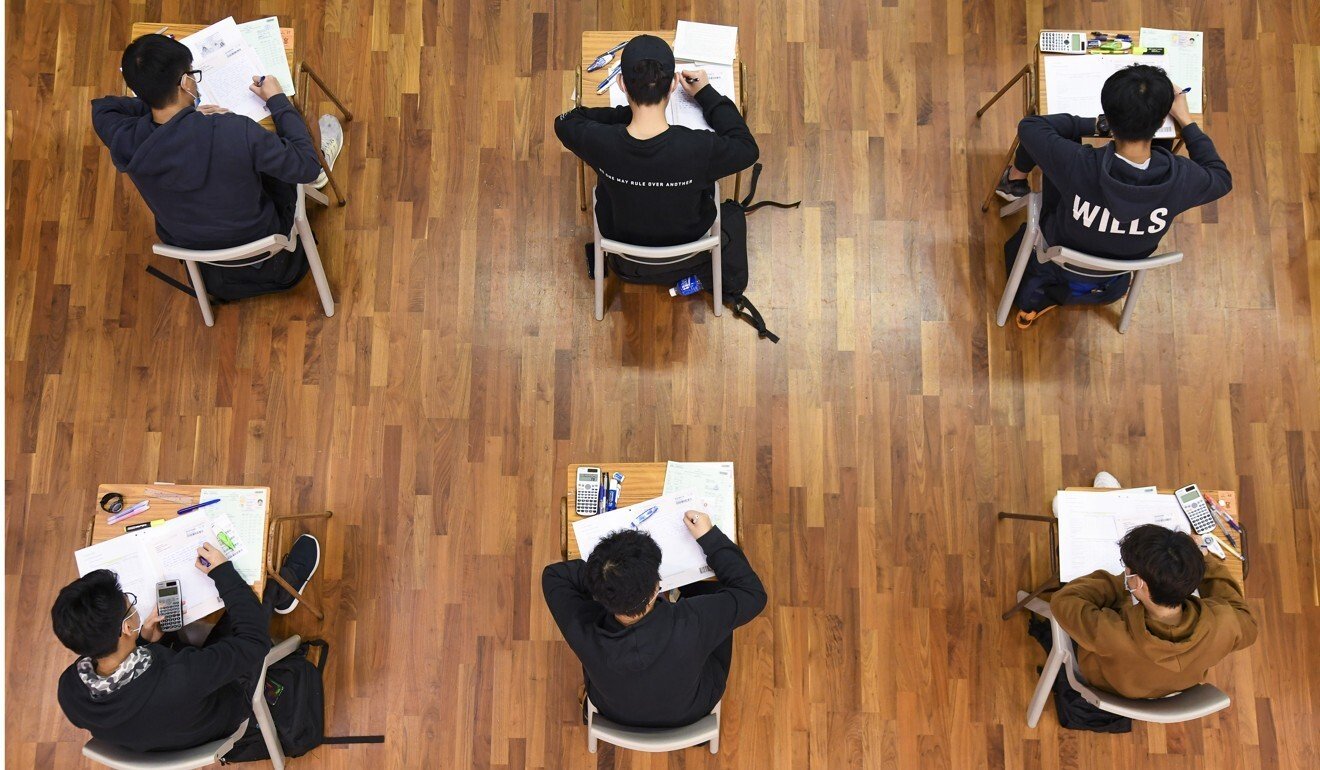 The Education Bureau has lashed out at Hong Kong’s exam authorities for “seriously hurting the feelings” of Chinese people who suffered under Japanese occupation by asking history paper candidates if they agreed that Japan did more good than harm to China in the first half of the last century.

In a late-night statement on Thursday, the bureau said the question may lead candidates to reach a biased conclusion. It said it had asked the Hong Kong Examinations and Assessment Authority (HKEAA) to conduct a comprehensive review of its question-setting mechanism.

The statement came a day after the bureau asked the authority to follow up on reports of alleged “inappropriate comments” on social media by employees involved in the formation of questions and marking procedures for the Diploma of Secondary Education, the university entrance exam.

The controversial question in the DSE history exam, which was sat by 5,200 candidates on Thursday morning, asked students if they agreed Japan did more good than harm to China between 1900 and 1945.

The other part of the paper asked if the candidates agreed that democracy and racial equality had improved in Hong Kong in the colonial period between 1951 and 1997.

The first question immediately drew criticism from pro-establishment figures including lawmaker Holden Chow Ho-ding of the Democratic Alliance for the Betterment and Progress of Hong Kong, who said it played down the impact of the Japanese occupation of China. The two countries were at war between 1937 and 1945.

The bureau’s statement said: “The question is a leading one, which may lead candidates to reach a biased conclusion, seriously hurting the feelings and dignity of the Chinese people who suffered great pain during the Japanese invasion of China.”

The bureau also said it “deeply regrets and condemns the design of such a question in a public examination”.

It also demanded the HKEAA seriously follow up on the issue and offer a “reasonable explanation” to the public, as well as comprehensively review its question-setting mechanism to make prompt improvements such that fairness, impartiality and credibility of the exams could be maintained.

The authority said the question did not involve non-academic considerations as it was drafted mainly based on whether it was related to the curriculum.

Part of the curriculum covers the modernisation and transformation of China and Asia, including Japan, in the 20th century.

It said the question tested students on their skills in presenting logical and coherent arguments through proper selection and organisation of historical data, which was part of the objectives under its Curriculum and Assessment Guide.

On Wednesday, the bureau demanded the HKEAA follow up on comments by two employees.

Such managers are typically involved in the development of question papers for the DSE exam as well as the grading process.
The two outlets cited more than a dozen Facebook posts said to be from the pair’s personal accounts, some of which date back to 2010.

One post from this year, written in Chinese, reads: “If there was no Japanese occupation, would there be a new China? Have you forgotten your origin?”

The post, which implied the Japanese invasion laid the groundwork for the Chinese Communist Party’s rise to power, accompanied a news report about a man in the mainland China city of Zhengzhou who was arrested for wearing a Japanese army uniform to his wedding.

It is understood their comments were not made using public settings, but shared with friends on social media.

A bureau spokeswoman said they were highly concerned over the alleged “inappropriate comments”, adding they had sent a letter demanding the authority look into it.

“The credibility and professionalism of the Hong Kong Examinations and Assessment Authority should be maintained, while public concerns should be addressed,” she said.

The authority said in a reply that it would follow up with the employees involved as all staff were regulated by relevant rules, procedures and policies when performing their duties.

It added the exams were formulated by teams from a variety of backgrounds, ensuring a fair and reliable process.

The pro-establishment Hong Kong Federation of Education Workers, which has 35,000 members, issued a statement that “strongly condemned” the duo for their “hate speech and unprofessional remarks” and urged education officials to review whether they were suitable to perform their duties.

“The duties of exam authority staff are more sensitive than most educators or even Education Bureau officials,” the statement said. “Their political stance could potentially indirectly impact candidates sitting the exams.”

But Ip Kin-yuen, an opposition lawmaker representing the education sector and vice-president of the 100,000-member Professional Teachers’ Union, believes people may have taken the online remarks out of context.

“This is ridiculous. Plus, it involved their personal, private remarks between friends … it is an invasion of privacy,” he said.