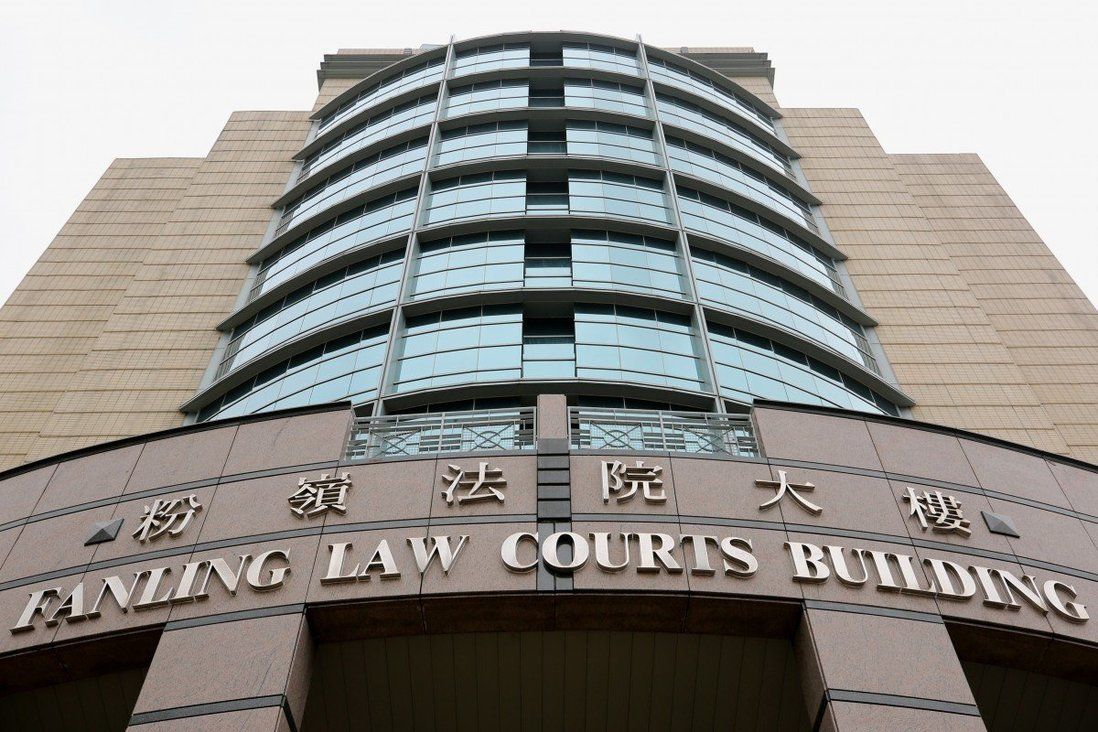 Drake Wong’s defence counsel says teenager fabricated the allegations after the defendant advised his students to stay away from the social unrest in 2019.
A former teacher on trial for kissing and assaulting his 14-year-old pupil has accused the teenager of fabricating the allegations because of their differing views on the 2019 anti-government protests.

Drake Wong Fuk-wing appeared on Tuesday at Fanling Court on charges of indecent assault and common assault allegedly committed at a flat and secondary school between April and October 2019.

The boy, only identified as X in court, said the 29-year-old former educator had kissed him twice when they were alone together at the defendant’s home, before assaulting him on campus by grabbing his arm and preventing him from leaving.

The defence counsel, however, accused the teenager, now 16, of framing the defendant in response to the latter advising his students to stay away from “rioting and unrest” following the outbreak of protests in June two years ago.

The court heard that Wong came to know the boy after he was assigned as the Chinese history teacher of his Form Two class in the autumn term of 2018.

In a police interview, the boy said there were at least five occasions between autumn 2018 and May 2019 in which Wong had pestered the boy in attempts to walk him home and hold hands during train journeys.

On April 13, 2019, the accused invited the teen to his residence to celebrate his 14th birthday.

The boy said Wong had embraced him that afternoon for half a minute after the two ate cake together. He recalled the teacher saying he would have pursued a romantic relationship with the teen had he been a girl.

When the boy was about to leave, Wong suddenly kissed him and claimed the act was proof of their friendship, the court was told.

The boy was said to have been in a trance when he was kissed again by the teacher, who purportedly told the teen to hone his kissing technique.

Wong was also accused of taking the alleged victim to a room inside the school one day in October, hugging the boy and asking whether the teenager loved him. The boy said he attempted to leave, but the teacher forced him to stay.

“When he said we should become friends again, I was a bit angry and I wanted to leave,” the teen said. “He then grabbed my hand and I was unable to get rid of him. I felt very angry and uneasy.”

Three months after the October incident, the boy revealed the alleged encounters to two friends, one of whom later published a post on a social media group, leading to rumours being spread around school and eventually to the defendant’s arrest in April last year.

In cross-examination, the boy agreed that he and the two friends had actively supported the 2019 protests sparked by a now-withdrawn extradition bill
, and that Wong had made it clear that students should not take part in the movement.

Defence counsel David Boyton questioned the boy’s credibility, suggesting that he was particularly upset by Wong’s remarks after a teenage protester, Tsang Chi-kin, was shot by police with a live round during a National Day demonstration that year.

“This is the reason that you have come up with the story that Mr Wong had kissed you at his home,” Boyton said. “You came up to this court, made up the story with similar-minded people to punish a person who was not with you.”

“I disagree,” the boy replied. “I was quite willing to share my views on social media, but I also respect different people can have different views, so I will not use this as an excuse to fabricate a story to frame someone.”