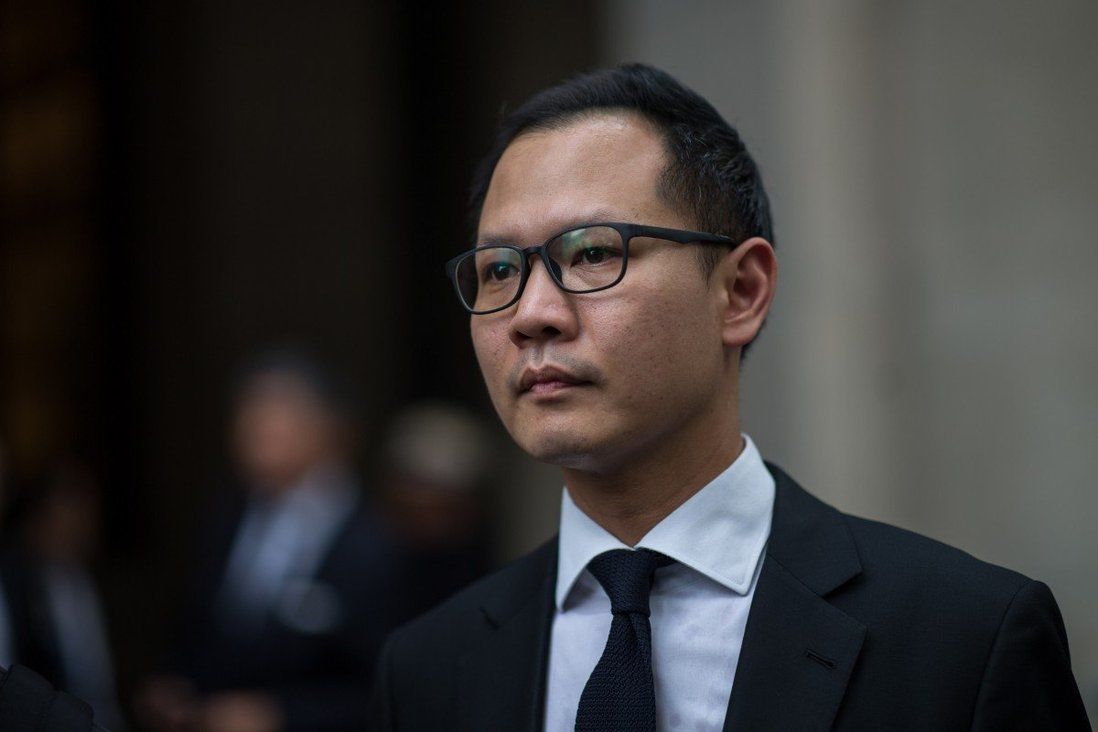 Lawyer says on Facebook he has formally applied for resignation, but does not reveal his whereabouts, with recent news emerging he had fled to Canada.
Prominent opposition figure and former Hong Kong lawmaker Dennis Kwok, who has moved to Canada while under police investigation, has announced he is quitting the Civic Party which he had co-founded.

In a Facebook post on Tuesday, Kwok, who used to represent the legal sector, said he had formally applied to resign from the party.

“I would like to express my sincere gratitude to the Civic Party, especially to Audrey Eu, Alan Leong, and Margaret Ng, for the cultivation, opportunities, support and tolerance provided in the past, allowing me the chance to serve the Hong Kong people, and safeguard the core values of Hong Kong,” Kwok said.

Leong, Eu, and Ng are also founding members of the party. Leong is now party chairman. Kwok succeeded Ng in the legal sector seat in the Legislative Council in 2012. He was re-elected in 2016.

Kwok, who turns 43 on Thursday, did not cite a reason for his departure from the group, nor did he mention his whereabouts.

Civic Party vice-chairman Bill Lay said the group thanked Kwok for his contributions. “We are aware of his announcement and respect his decision,” Lay added.

News surfaced last week that Kwok had fled Hong Kong last November. Days later, he confirmed to Canadian newspaper Globe and Mail that he had moved to Canada, where he was born, with his family and planned to regain citizenship there.

Kwok, born in Edmonton, gave up his Canadian passport in 2012 after winning his Legco seat.

The newspaper did not identify where he was living or his travel route to Canada “out of concern that he could be the target of retaliation from Chinese government agents”.

Back in Hong Kong, a police source confirmed to the Post last week that the force was investigating Kwok for possible misconduct in public office when he presided over Legco House Committee meetings.

The offence is punishable by a maximum of seven years’ imprisonment upon conviction.

Beijing’s Hong Kong and Macau Affairs Office and the central government’s liaison office in Hong Kong had accused Kwok of misconduct by paralysing the legislature with filibustering tactics and failing to select a chairman for the House Committee despite 19 meetings from October 2019 to May 2020.

The powerful committee sets the agenda for Legco.

Last November, Kwok was one of four pan-democrats stripped of their membership in Legco over breach of duty of allegiance or engaging in acts that threatened national security. The move triggered the mass resignation of 15 other pan-democrats, leaving the legislature mostly devoid of an opposition voice.

Days later, Kwok announced he would quit Hong Kong politics. At that time, he said he had no plans to leave the city.
#Facebook
Add Comment