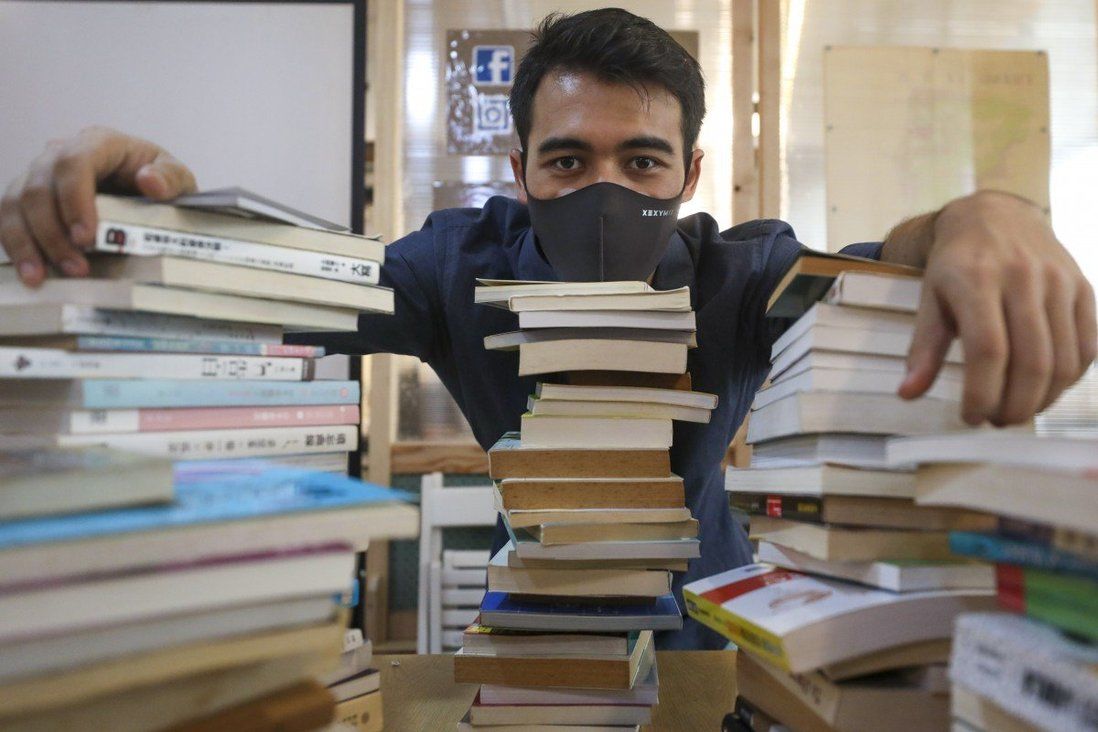 Despite not being a ‘book person’ when he first went to prison, Rizzy Pennelli says he ultimately found a new career because of reading.

The day Rizzy Pennelli was convicted on bomb-making charges should have been a special one for entirely different reasons.

It was a day he would never forget, he said, recalling how his Italian father put his head in his hands and wept as the judgment was read out.

“I went to prison on my father’s birthday,” he said.

On November 11, 2017, Pennelli, then 24, was found guilty alongside another alleged member of a pro-independence party of producing and possessing explosive substances in the lead-up to a vote in the city’s legislature on a controversial electoral reform bill in 2015. 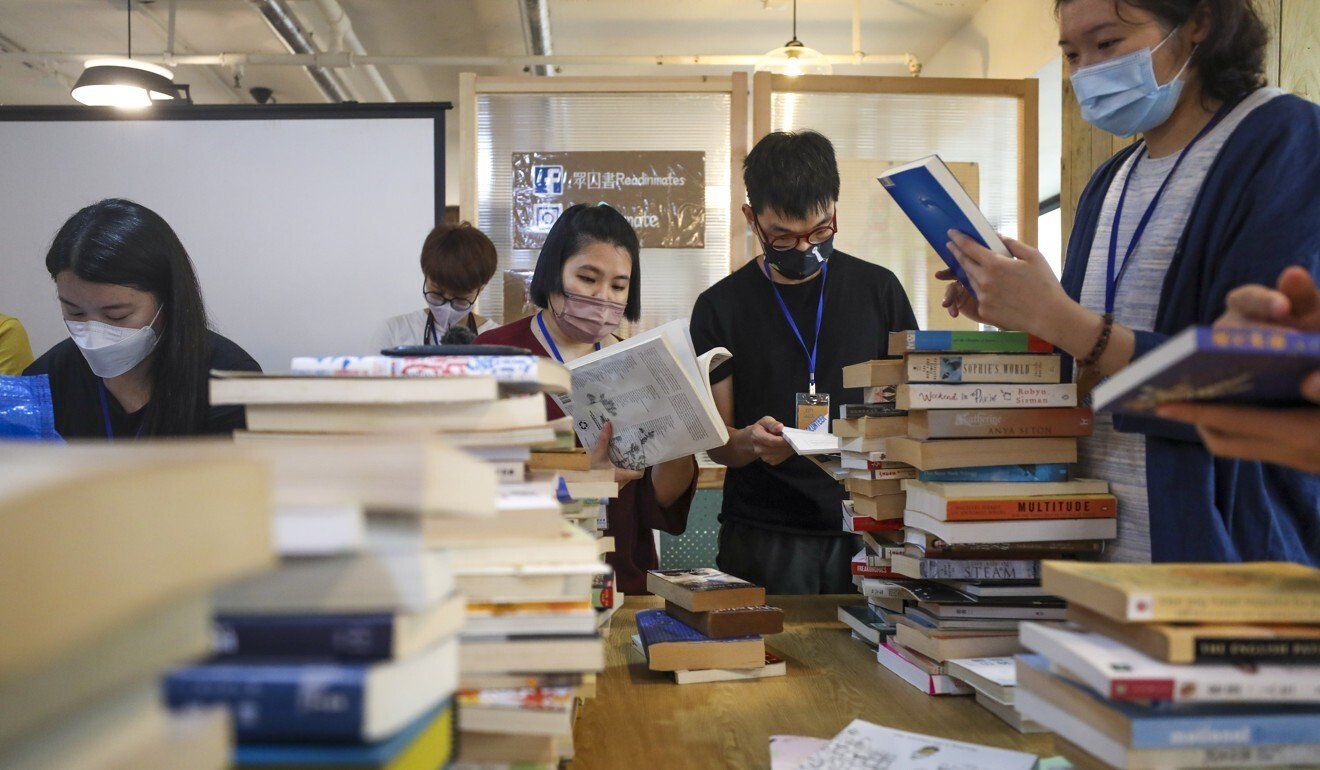 In a case that shocked the Hong Kong public, Pennelli – who still denies belonging to the party – was one of five men arrested for making smoke bombs in a bid to disrupt the Legislative Council vote.

Pennelli – who is an Italian national, but was born in the city to a Hong Kong mother – was handed a 46-month sentence for his role in the plot. After taking into account his good behaviour and time served at the Lai Chi Kok Reception Centre ahead of trial, he was released in September 2018.

Pennelli said he felt like his life was “frozen” when he was in prison, and books were one of the few things that helped to pass the time.

Though he admitted he was not a “book person” when he went in, Pennelli eventually came around. Now, he is doing his part to mint a new generation of book fans through a grass-roots initiative called “Readin’ Mates”.

The organisation collects books to pass to inmates, both to supplement what Pennelli described as the lacklustre selection inside and to help reduce the financial burden on families who buy reading material for their loved ones behind bars.

On Saturday, his group collected its first donation, with hundreds of members of the public turning up to contribute 2,708 books.

Dozens of volunteers sorted the books with the aim of creating an online database. Either family members or volunteers who visit prisons will distribute the books to inmates, who can also write letters requesting certain titles.

Pennelli said the books offered during his time inside were often old and in bad condition. Inmates could peruse a catalogue listing titles and authors’ names, but it was pure guesswork as to what the books were about.

His parents, who visited him several times a week, brought him books to read, with inmates allowed to receive six per month. However, the arrangement was costly and time-consuming.

“I believe books can help [inmates] to learn, or merely help them to make their time in prison easier,” Pennelli said.

One book in particular – Convict Conditioning: How to Bust Free of All Weakness, an exercise guide by American ex-con Paul Wade – proved to be especially important to him.

Having never previously worked out, Pennelli began doing the exercises described by Wade, which did not require any equipment. The book ultimately inspired him to pursue his current profession: personal trainer.

Pennelli has not forgotten his time behind bars, but much has changed in the three years since his release.

As of April this year, a total of 10,260 people had been arrested over their roles in the months of anti-government protests that rocked the city in 2019. About a quarter of those have been prosecuted, including some 750 charged with rioting, a serious offence punishable by up to 10 years in jail.

Last June, Beijing imposed a national security law on the city forbidding acts of secession, subversion, terrorism and collusion with foreign forces. Police have so far arrested 113 people under the law – which carries a maximum sentence of life in prison – with dozens currently remanded in custody.

While Pennelli said he would have started Readin’ Mates even without the recent swell in inmate numbers, the protests had helped him garner volunteers.

Cheng Kwok-hung, 39, was a former client of Pennelli’s outdoor fitness classes before joining as one of Readin’ Mates’ eight core volunteers.

The business owner said he knew dozens of people currently behind bars, including district councillors who were among the 47 opposition figures charged under the national security law in March and university students in custody in relation to the 2019 protests.

Twice a month he brings books to about six friends, with the 15-minute visits taking some two hours after accounting for travel and checking in.

“It matters a lot to them,” he said. “Books carry a human touch and [signify] the support that we want to give them. They are not forgotten.”

Volunteer Chu Fung-ling has three university classmates in custody over their involvement in the 2019 protests.

“I think when a person is down, books help you find your way,” the 27-year-old freelance journalist said.

Among the books donated on Saturday were 1,000 works of fiction, along with ones on Buddhism, Chinese medicine, science and philosophy, as well as comic books. Although the titles were mostly in Chinese and English, 30 were in other languages.

One donor said she brought books to give away because physical and mental health was important to inmates.

“Reading is a way for them to kill time, and through this exercise they can feel our support and care,” the 35-year-old said.

The Correctional Services Department said there were a total of 120,000 books in local prisons, the majority of which were in Chinese.

“Correctional institutions acquire appropriate books for the libraries in accordance with the established procurement procedures,” it said in a statement, adding that it borrowed books from public libraries and also received ones donated by outside organisations and individuals.