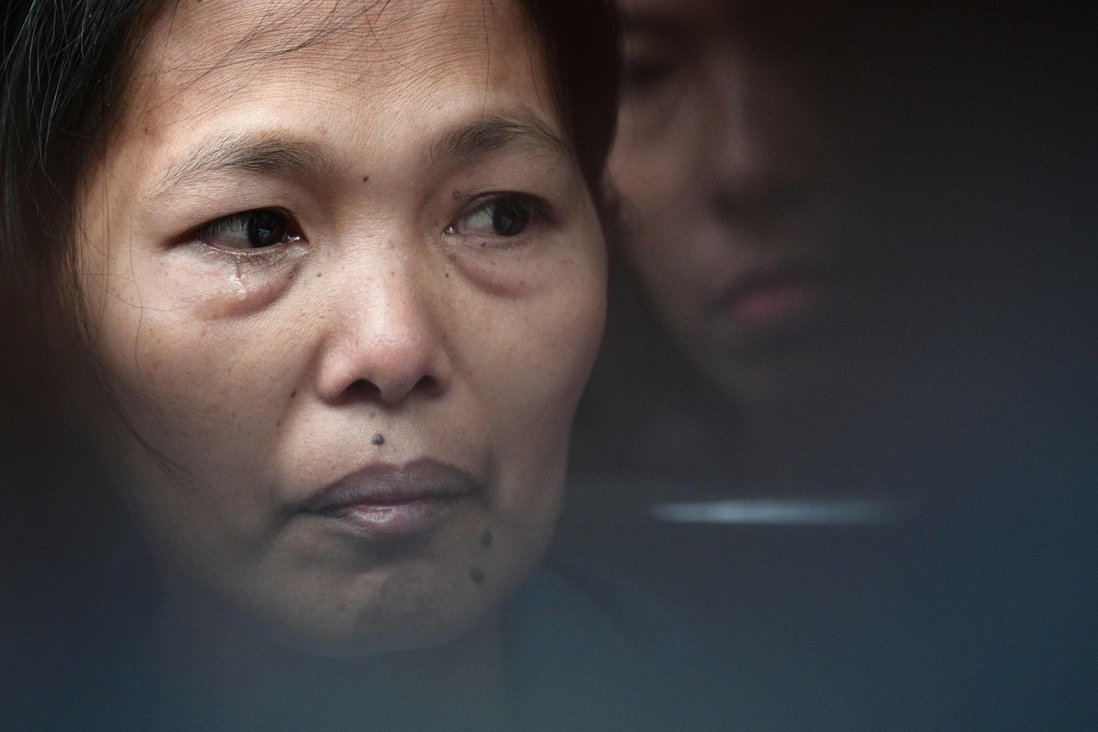 Advocates and lawyers have hailed the decision by Hong Kong’s Equal Opportunities Commission (EOC) to provide legal support in the court battle of Baby Jane Allas– a domestic worker from the Philippines who lost her job in 2019 after being diagnosed with cervical cancer.

The city’s equality watchdog has issued legal proceedings under the Disability Discrimination Ordinance in Hong Kong’s District Court on behalf of Allas, with the first hearing scheduled for March.

Allas, a 40-year-old single mother of five, alleged that her former employer, Jamil Bushra, discriminated against her by sacking her because of her disability. She was fired just a few days after being diagnosed with stage-three cervical cancer, and her termination letter expressly attributed the reason for her dismissal to her illness and related sick leave.

Allas made a complaint with the EOC in April 2019. After reviewing her claim, the watchdog decided to legally represent her in November 2019 and was finally able to file a court case last month.

Under Hong Kong’s Disability Discrimination Ordinance, it is unlawful for an employer to fire an employee on the grounds of their disability, which includes an illness.

“It has been brought to the EOC’s attention that it is not uncommon that foreign domestic helpers are subjected to discriminatory treatment by their employers after falling ill,” the watchdog said in an official statement in December.

“By taking this case to the court, the EOC hopes to raise public awareness and remind employers that disability discrimination in the workplace is unlawful and employers should provide reasonable accommodation for employees with disabilities,” it read. 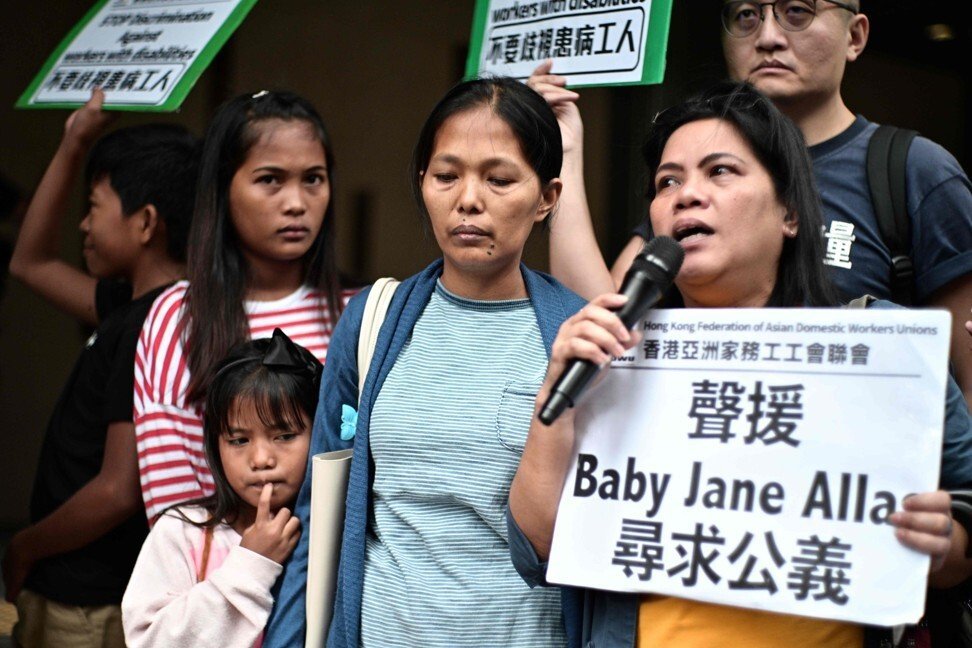 Baby Jane Allas, centre, after a hearing at the Labour Tribunal in Hong Kong on April 15, 2019, which ordered her former employer to pay a settlement of HK$30,000.

Allas has meanwhile fully recovered and is currently in the Philippines. Jessica Cutrera, a Hong Kong permanent resident who helped Allas in filing official complaints while supporting her during medical treatments in the city, said that Allas is now in good health.

Baby Jane “is happy her case is moving forward but very disappointed her employer won’t be brought to justice, given she’s disappeared” and is believed to have left Hong Kong, said Cutrera, who confirmed the court proceedings﻿. “So while we are very grateful for the efforts of the EOC to pursue her case despite all the Covid-19 setbacks, we expect we’ll get a judgment we can’t enforce unless we can locate the employer, which seems unlikely.”

Allas is expected to attend the court hearings via a video hookup.

“She can’t travel given restrictions, and she’s in a higher risk group for Covid-19 as a recent cancer survivor,” Cutrera noted.

“But she does want to come back to Hong Kong and work. She has many kids and she wants to provide them with an education,” Cutrera said. “We will work towards getting her a role here once Covid-19 passes.”

Allas won HK$30,000 (US$3,800) in compensation from her employer in a separate claim at the Labour Tribunal in 2019, where she told the court then that she had to sleep in a storage room under the stairs and that her employer did not provide enough food. She also claimed she had not had a full rest day in 15 months of employment.

Allas’ case sparked public outrage and highlighted the plight of foreign domestic workers who are fired after being diagnosed with serious diseases, often left with no access to medical care in the city and with little support to fight their cases.

Patricia Ho, Hong Kong-based human rights lawyer, said it was “an encouraging development to see the EOC issue legal proceedings in an employment matter which on the face of it bears all the hallmarks of discrimination”.

She noted that “it has been a long time coming for EOC both to bring cases under the Disability Discrimination Ordinance or in domestic helper-related employment disputes”.

Ho said she hoped that this will be a sign of more to come.

“There are so many just as worthy matters requiring EOC’s legal action to mitigate the starvation of justice owing to power imbalance,” she said.

Cinthya Abdon-Tellez, general manager of the non-profit Mission for Migrant Workers and founder of the shelter Bethune House, also hailed the legal move as a “positive step”.

She said that few migrant domestic workers have a chance to file complaints and court cases. Many, Abdon-Tellez said, end up leaving Hong Kong “without proper information on what other possibilities they can tap”.