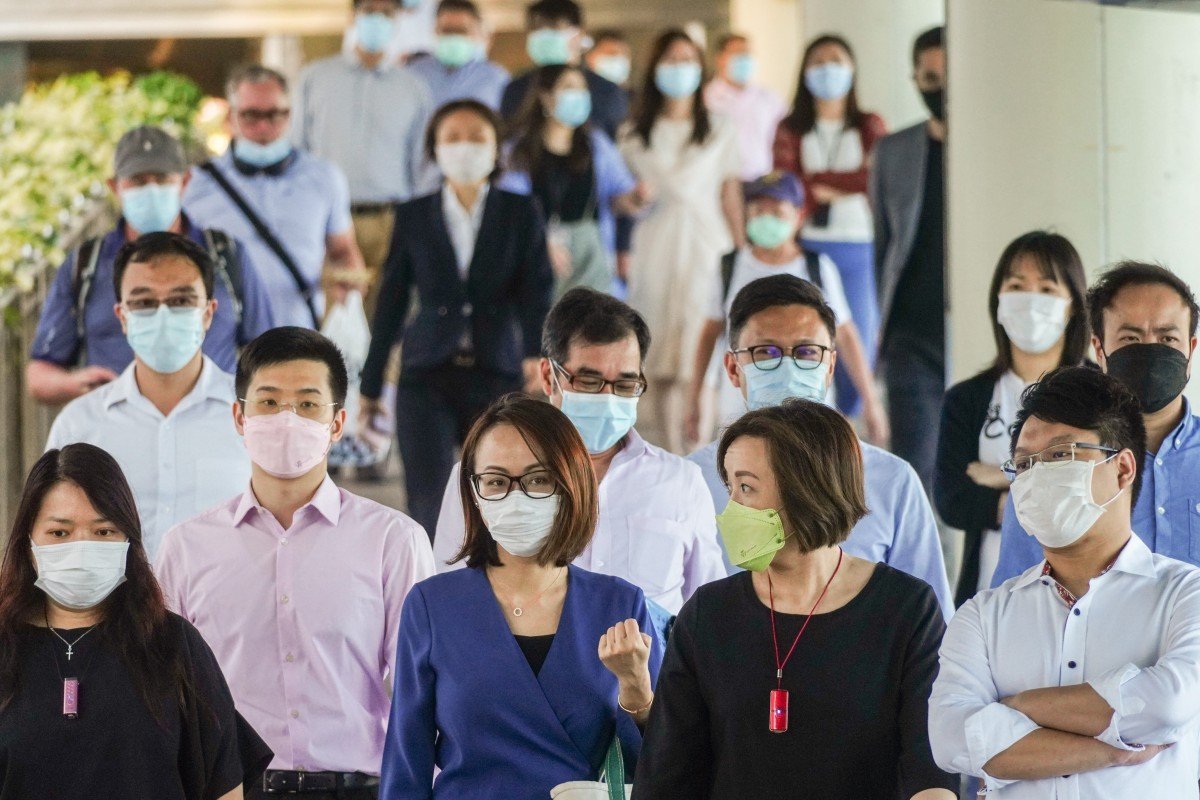 Employees can expect a slightly improved 1.7 per cent pay rise in 2021, ﻿after they were handed the lowest uptick for a decade this year, according to a survey, ﻿as the Hong Kong jobs market continues to stagnate through the Covid-19 pandemic.

The Hong Kong Institute of Human Resource Management survey, released on Thursday, interviewed 92 companies from 15 sectors, covering some 128,000 full-time workers, between January and September this year.

The survey also found that 30.3 per cent of the companies polled reported a 2020 pay freeze. The survey, however, found none of the management interviewed had implemented a pay cut. 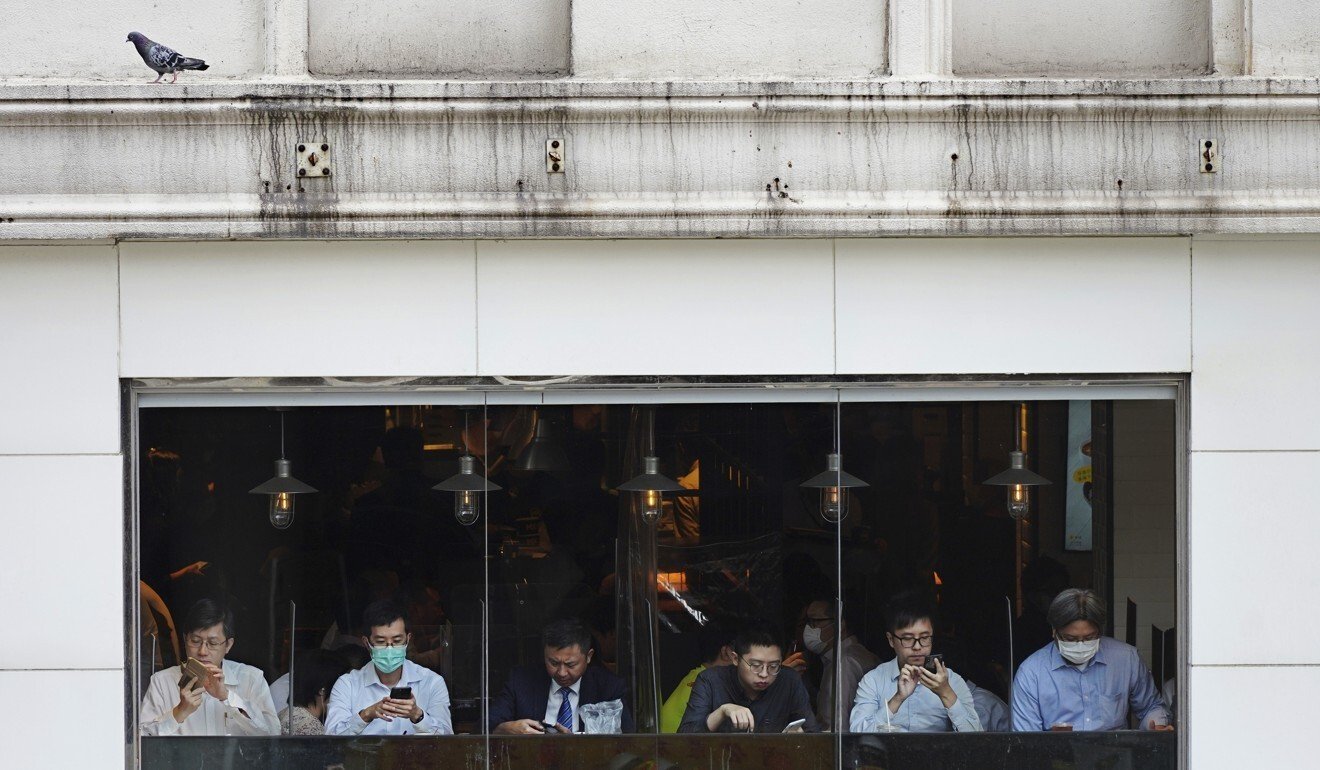 Lunchtime during a workday in Hong Kong’s Central area in May.

For next year, some 63 per cent of the companies questioned said they had not yet made an assessment. Twenty-nine per cent said there would be a pay rise for staff, with the average wage adjustment projected to be 1.7 per cent.

Some 8 per cent of companies indicated there would be a pay freeze for 2021.

The institute’s vice-president, Lawrence Hung Yu-yun, said: “At only 1.4 per cent, the average salary increment reflects employers’ ongoing restrained approach to budgeting before Covid-19 gets under control.

“However, organisations can show staff they are valuable stakeholders of the company and moderate pay rise is only temporary in these unusual times, by implementing more people-centric working measures.”

“Looking ahead, global economic uncertainty caused by Covid-19 continues to be a major concern for organisations, which affects their pay adjustment forecast in 2021,” Hung added. 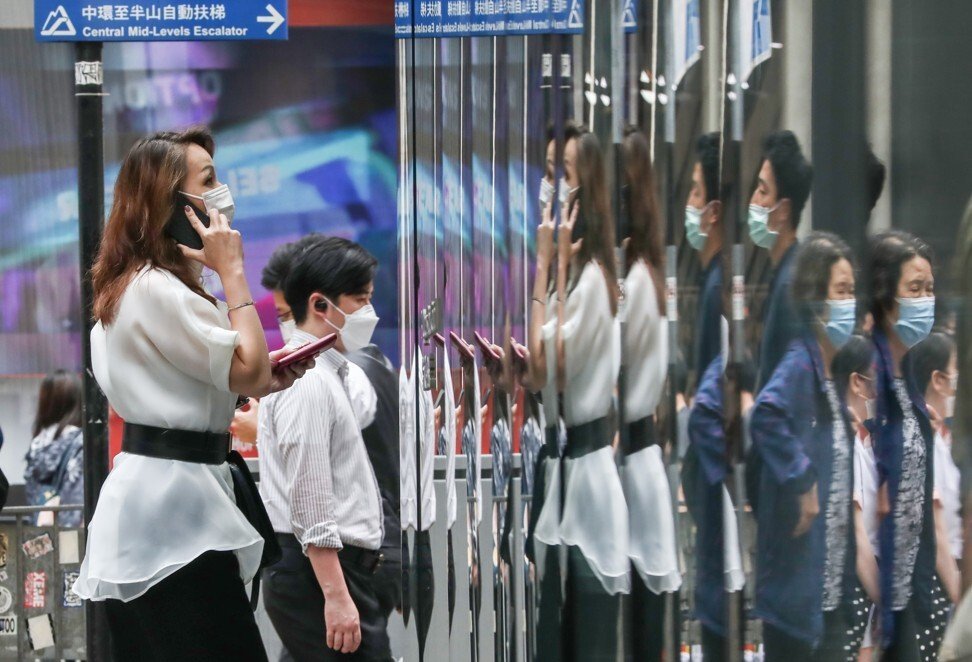 Under the poll of Hong Kong firms, the average pay rise for staff was 1.4 per cent this year.

On Wednesday, experts at Baptist University’s (HKBU) centre for human resources strategy and development also warned that Hong Kong’s jobless rate could hit an all-time high at the end of this year if its struggling economy could not improve and government relief measures were discontinued.

Within two months at the earliest, the experts warned, the jobless rate could surpass the record 8.5 per cent set between April and June in 2003, when severe acute respiratory syndrome (Sars) broke out in the city.

Hung called on companies to pay more attention to their lower-paid workers.

“More attention should be dedicated to low-income employees as they are particularly vulnerable in economic downturns,” he said.

“Transparent communication between employers and employees on the shift in business strategies in response to the public health situation not only builds trust, but also loyalty, which is necessary for staff retention and long-term growth.”