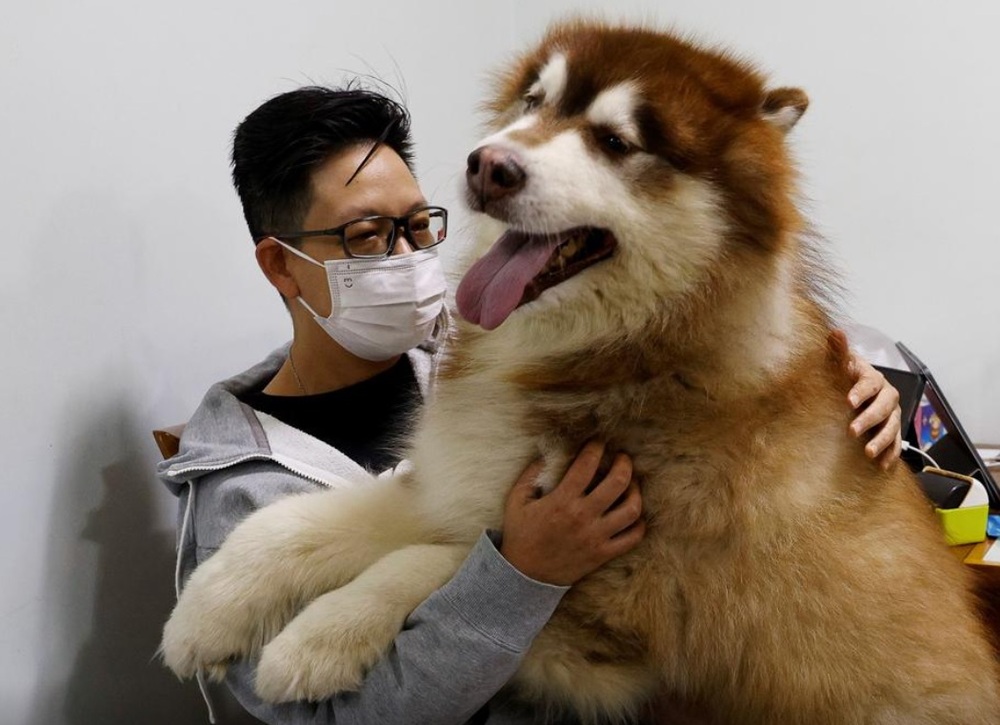 Aircraft mechanic Don Yip is one of many thousands leaving Hong Kong after the imposition of a new security law last year and 2019’s pro-democracy protests. Unlike many others, he won’t leave without his pets.
Yip, 40, spent over HK$14,000 moving his three huskies and his cat to Britain, where he is settling with his girlfriend and 22-year-old daughter.

“The pets are part of my family. I can’t bear to lose them,” he said.

Hong Kong’s politics-driven emigration wave, which may see hundreds of thousands relocating to Britain, Canada and elsewhere in coming years, has been a boon for pet relocation companies.

But it is also taking a heavy toll on some of the city’s least political residents.

Increasing numbers of pets have been abandoned by people who cannot afford the travel arrangements or are unable to take their companions with them, veterinarians and animal shelter owners say.

Some dogs and cats are placed in shelters for up to six months until paperwork for them comes through, while others have been certified as medically unfit to travel.

Many people are making abrupt moves to leave following the imposition of China’s national security law and after the violence of the 2019 protests. Some are foreigners who have lost jobs in a coronavirus-stricken economy.

“All these people didn’t plan to leave so soon, they are not prepared for this,” said Okka Scherer, who runs two dog shelters on the city’s Lantau island.

Records from the Agriculture and Fisheries Department show issuance of animal health certificates for exports jumped 35% from 2018 to 2020.

There has been a 30% increase in the number of dogs being abandoned in recent months, averaging 20 a month, according to the Hong Kong Dog Rescue charity.

Jane Gray, SPCA’s chief veterinary surgeon, said calls from people considering abandoning their pets have risen as well, and staff were working hard to convince them not to.

“When you take on a pet, you should think of it for life,” Gray said.
#Covid  #Coronavirus
Add Comment