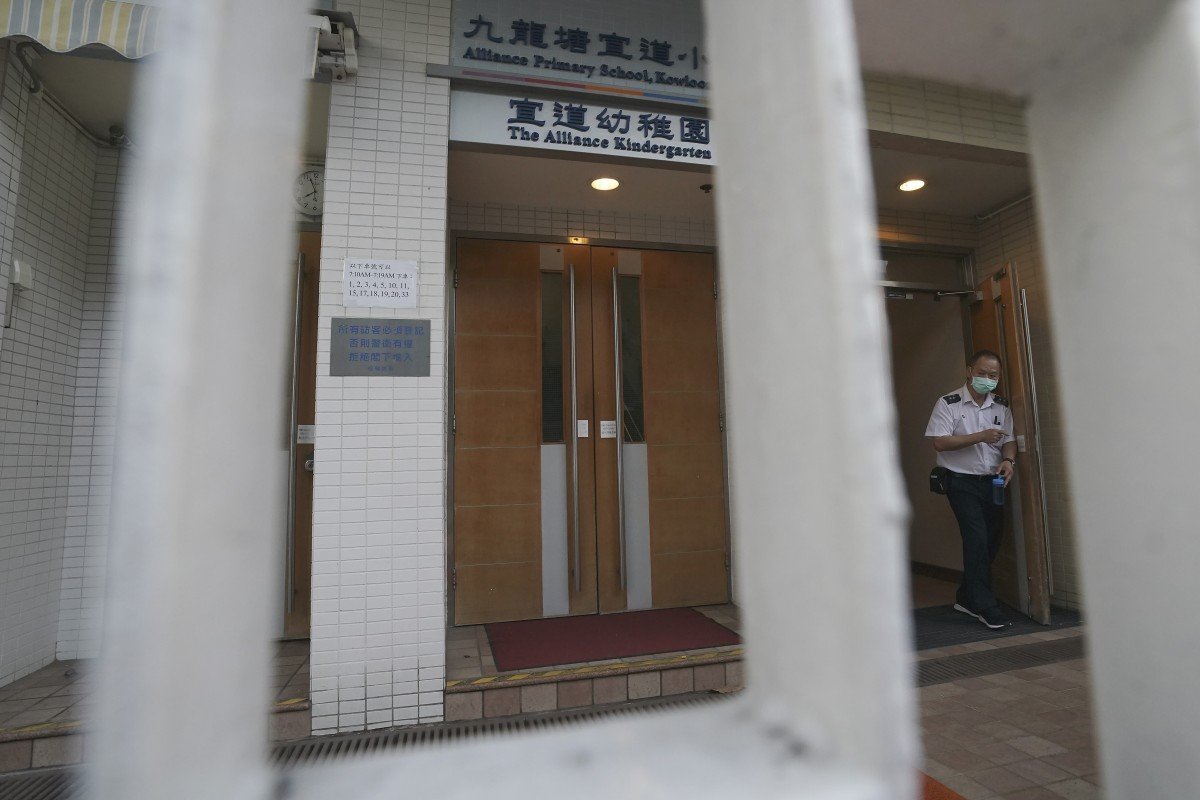 One professor says the local teacher who was disqualified for introducing pro-independence topics had acted unprofessionally, but revoking his registration was the wrong approach.

Hong Kong’s education authorities should be enhancing training so teachers can deal with contentious issues rather than summarily disqualifying them for introducing those ideas in the classroom, veteran educators say.

They also warned on Tuesday of far-reaching implications for minors’ critical thinking if teachers increasingly avoided discussing controversial matters with pupils in class.

The permanent disqualification of a teacher who allegedly asked Primary Five pupils at Alliance Primary School in Kowloon Tong to answer questions about freedom of speech and Hong Kong independence as part of a life education module has raised questions on how schools should properly address controversial issues in the classroom, especially after Beijing’s imposition of the sweeping national security law in June. 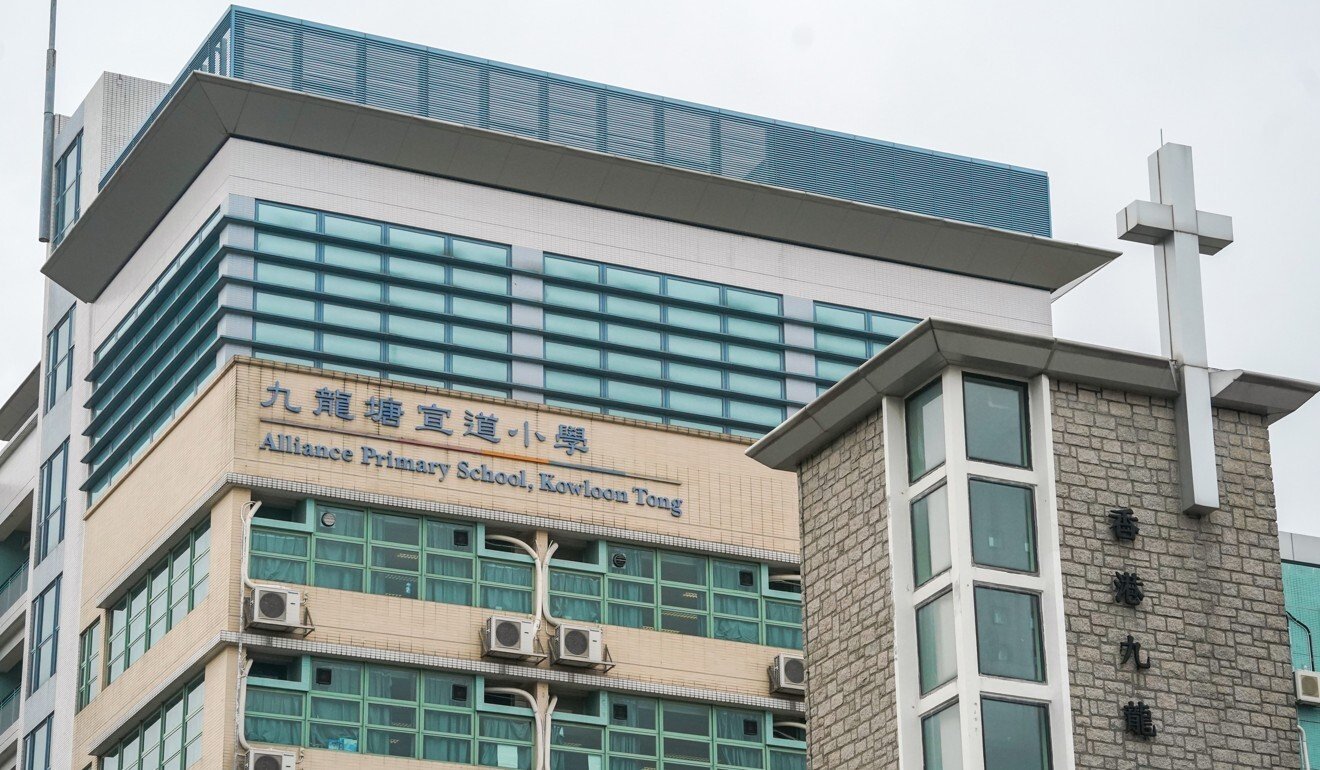 The exterior of the Alliance Primary School, where a teacher was disqualified over a lesson plan dealing with Hong Kong independence.

Leung Yan-wing, an adjunct associate professor at the Education University of Hong Kong, said on Tuesday that the teacher’s approach had not been fair or professional as he formulated his lesson plan based mainly on one documentary discussing Hong Kong independence, but maintained that the strategy was far from advocating separatism, as education officials have suggested.

He added that he was worried the serious punishment of revoking a teacher’s qualification permanently was a “political decision”, and had far-reaching consequences for students’ development.

“Senior primary students are mature enough to comprehend political concepts. If contentious topics are banned from discussion in future, minors will just keep their thoughts and emotions to themselves,” said Leung, who was formerly the coordinator of the Hong Kong Alliance for Civic Education.

“This is detrimental to students if teachers are not facilitating them to seek to live with truth.”

Chong Yiu-kwong, a lawyer who has years of experience in teaching education at local universities, said the punishment was disproportionate and revoked the teacher’s right to fix his teaching approach.

“More teachers will choose not to test the red line. Avoiding discussions on controversial matters with students in class will have a huge deterrent effect on minors’ ability in critical thinking,” he said.

Life education is not a compulsory, separate subject, but part of civic education usually delivered by class teachers through various activities in primary schools. As the Education Bureau offered no official curriculum on the subject, schools have autonomy in designing teaching materials and time allocated to relevant programmes.

The bureau’s Basic Education Curriculum Guide for primary levels suggests 19 per cent of school hours be allocated to moral and civic education, assemblies, common reading time and other learning experiences.

Scholars have long argued that civic education in the colonial era was apolitical in an attempt to avoid strengthening citizens’ identity as Chinese nationals.

Leung, who has researched civic education extensively, said political incidents in the past decade showed there was an urgent need to train educators on how to lead discussions on controversial issues.

He said the saga over national education in 2012 was one of the watershed moments in student civic engagement, when more youths took part in campaigns to protest issues of importance to them. 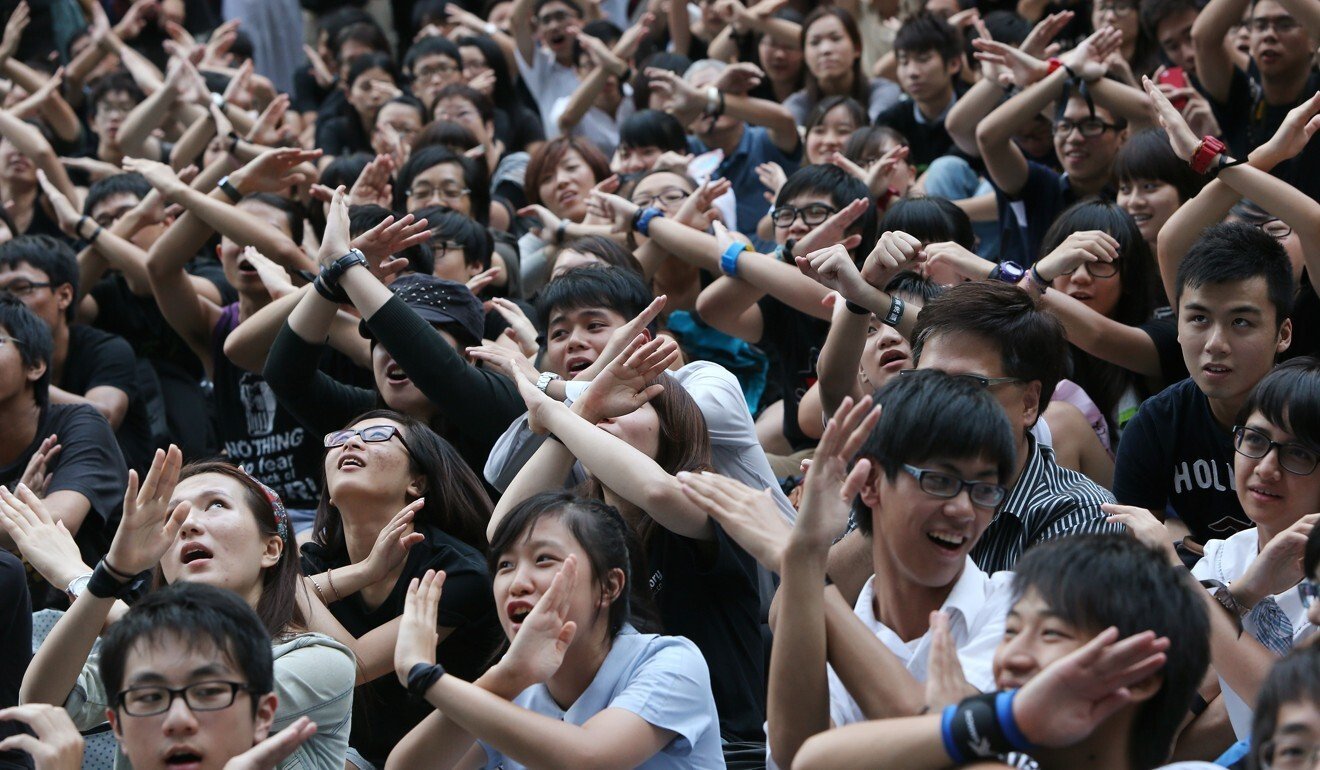 Students, teachers and parents protest against national education measures in 2012.

But he said topic-based teaching skills mainly targeted secondary school teachers of liberal studies after the subject became compulsory in 2009.

“While the government asks teachers to perform professionally, officials should also play a professional role to better equip teachers on how to teach contentious issues with unbiased materials,” he said.

The Education University is one of the very few institutions locally that provides regular courses for in-service teachers to enhance their abilities in implementing life education programmes at school. Teachers will be trained on how to lead discussions on controversial issues on both individual and societal dimensions.

But a primary school principal, who spoke to the Post on condition of anonymity, said many teachers had never received training on the subject, as schools gave priority to training relating to academic subjects.

“Parents expect more school hours to be spent on academic subjects instead of discussing politics. It’s difficult for schools to invest resources on training on how to teach sensitive topics,” he said.

Countries across the world have different approaches to handling independence issues in classrooms. In 2014, before Scots voted on whether the country should be independent from the rest of the United Kingdom, the Scottish parliament produced resources to help students explore the issue by summarising arguments for and against the break-up of the union and charting events leading to the referendum. 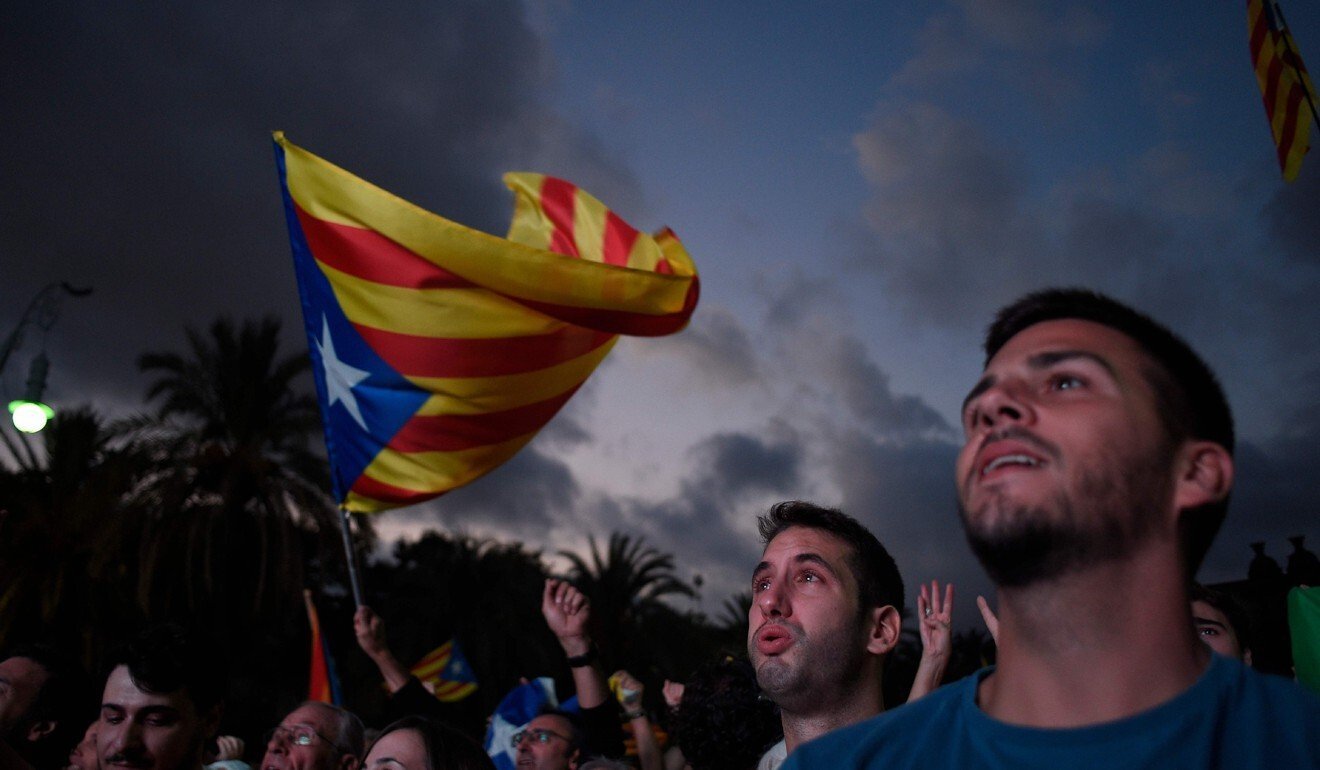 Supporters of Catalan independence listen to a speech in 2017.

During Catalonia’s independence movement in 2017, the Spanish Ministry of Education criticised the Catalan regional government for encouraging its schools to incite a rejection of Spain with biased books and “using school hours for activities charged with political ideology.” But the Catalan educational community, for its part, rejected accusations of indoctrination.

Still, Chu Wai-lam, principal of Fung Kai No 1 Primary School in Sheung Shui, said he believed topics related to controversial political issues such as Hong Kong independence should not be discussed in detail at the primary level, as pupils might not be mentally prepared.

“In secondary school, there may be more room for discussions. But for primary children, they are still very young, even if they are in Primary Five or Six. It is not necessary for them to learn about sensitive topics, which they might fall into a spiral and … be unable to make a judgment themselves,” Chu said.

“Young pupils in primary schools should enjoy school life in a simple manner … instead of being taught about political topics in an in-depth way.”