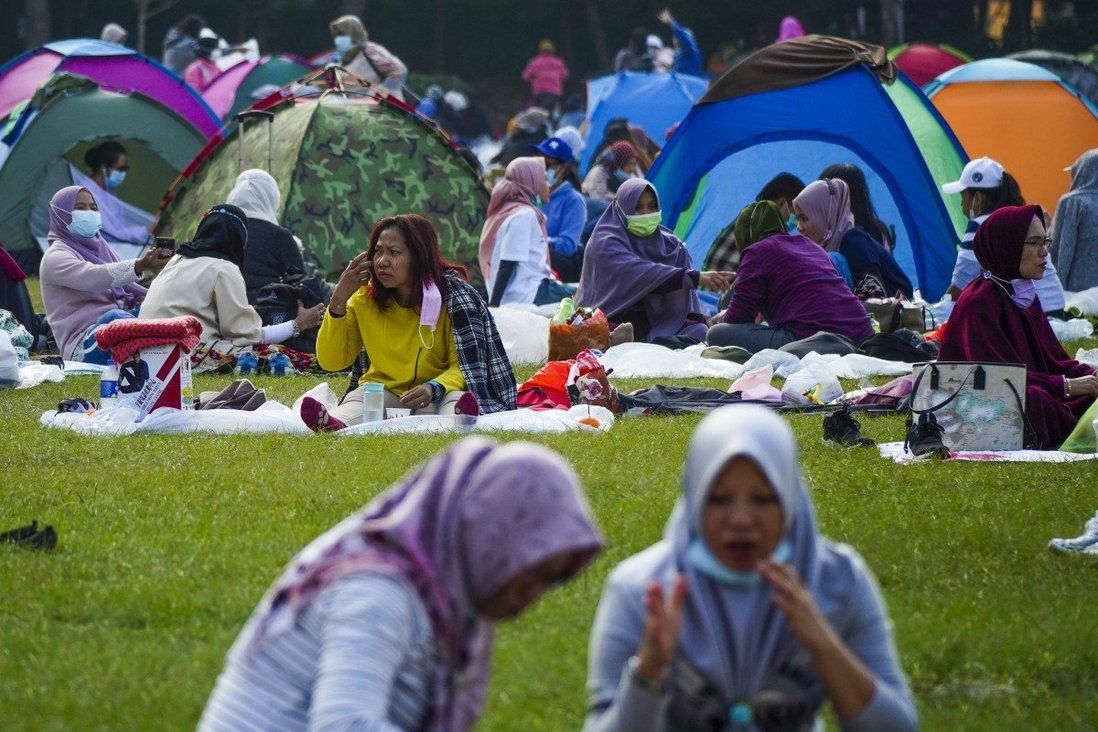 Domestic helpers in Hong Kong are reluctant to receive Covid-19 jabs because of worries about possible side-effects and the efficacy of vaccines, according to concern groups and an employers’ association.

The lukewarm response comes as authorities expanded the city’s vaccination campaign by including the 370,000-strong helper community among the priority groups in the free inoculation programme this week.

Eman Villanueva, a spokesman for the Asian Migrants’ Coordinating Body, said on Tuesday that the hesitation on whether to get the shots was widespread among helpers.

“We are glad that the Hong Kong government can include the helpers as a priority group in the vaccination programme. We are also encouraging them to take the shots. But most of them are adopting a wait-and-see approach,” he said.

“There have been some debates and most remained undecided, according to our initial observation.”

Some helpers were reluctant because of misinformation on social media, Villanueva said, referring to online theories by vaccine opponents that drug companies only wanted to sell their products, or the shots could make people sick.

He added that a dengue vaccine scare in the Philippines some years ago also played a part in making some Filipino helpers reluctant to take the Covid-19 shots. A drug maker reported in 2017 that its anti-dengue shots could worsen symptoms among vaccinated people who contracted the disease for the first time, prompting authorities in Manila to stop their nationwide dengue immunisation programme.

Villanueva said his group had planned to launch a campaign to spread awareness among helpers on the importance of taking the Covid-19 shots.

Shiella Estrada, 60, a Filipino helper, said: “I do have some worries after reports that some people died after taking the shot.

“A friend of mine said her employer had suffered a headache after taking the shot. I work long hours and do not often get enough sleep. So I am not very sure if I am fit enough to take the vaccine. But we appreciate it that the Hong Kong government has included us in its free vaccine programme.” 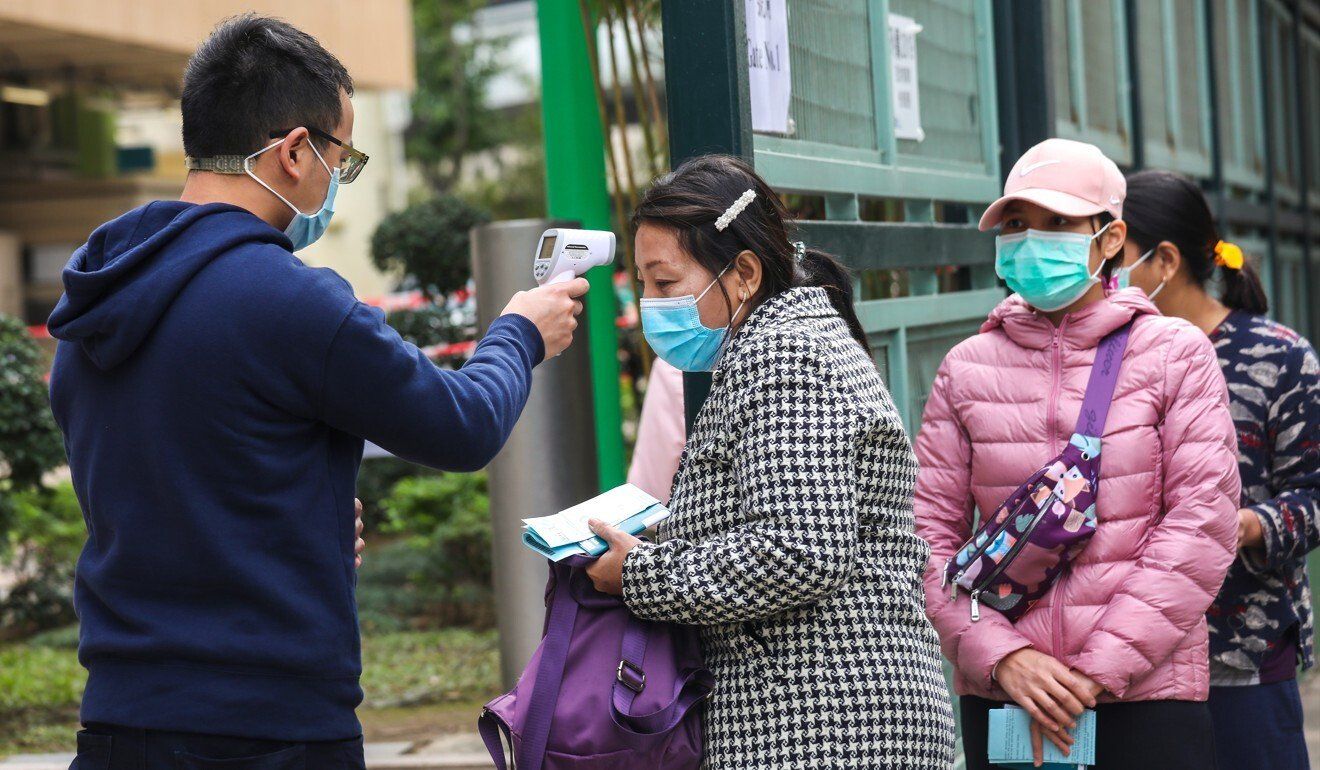 Domestic helpers wait to collect test kits at the Wan Chai Sports Ground amid the fourth wave of coronavirus infections in December.

The government expanded its Covid-19 vaccination drive on Monday by lowering the age threshold of those eligible from 60 to 30, while adding domestic helpers as one of the 14 priority groups.

The expanded scheme covers 5.5 million people in total, or more than 80 per cent of the city’s population over the age of 16. As of 8pm on Tuesday, about 229,300 people had received their first dose of the vaccine. Some 176,300 of them received Sinovac shots, and the remaining 53,000 got BioNTech jabs.

So far, there have been reports of at least seven deaths among people who had received the shots, though experts have ruled out any direct link between the two.

Betty Yung Ma Shan-yee, chairwoman of the Hong Kong Employers of Overseas Domestic Helpers Association, said she had received letters from various consulates asking bosses to tell the workers that the vaccination programme had been expanded to include them.

“We are of course very glad to relay the message to our members and ask them to encourage the helpers to take the jabs,” Yung said.

“But from what we have heard from our members so far, the helpers are rather reluctant to take the shots. We can understand it. The Covid-19 vaccine is a new jab, unlike measles and rubella vaccines that have been used for a long time.”

She also said employers would not force helpers to get vaccinated.

“Many local people are also hesitant to take the vaccines. What purpose would it serve employers if they force their helpers to get vaccinated? If the helper falls ill, the employer would have to foot her medical bills,” Yung said.

But she added that employers would not discourage the helpers either. “We have asked our members to help make vaccination bookings for them and allow them the time to take rest afterwards, if needed.”

About 200,000 helpers in the city are from the Philippines, and 160,000 from Indonesia. Both countries are among the major recipients of Sinovac vaccines in the region.

The Philippines rolled out its vaccination programme from March 1. The country has so far received 600,000 Sinovac shots and 500,000 AstraZeneca ones, and it expects to receive another 1.4 million doses from Sinovac and almost a million from AstraZeneca later this month.

According to media reports, some 2.15 per cent of the Indonesian population had received at least the first dose of the coronavirus vaccines as of Tuesday. In the Philippines, the rate was 0.11 per cent.