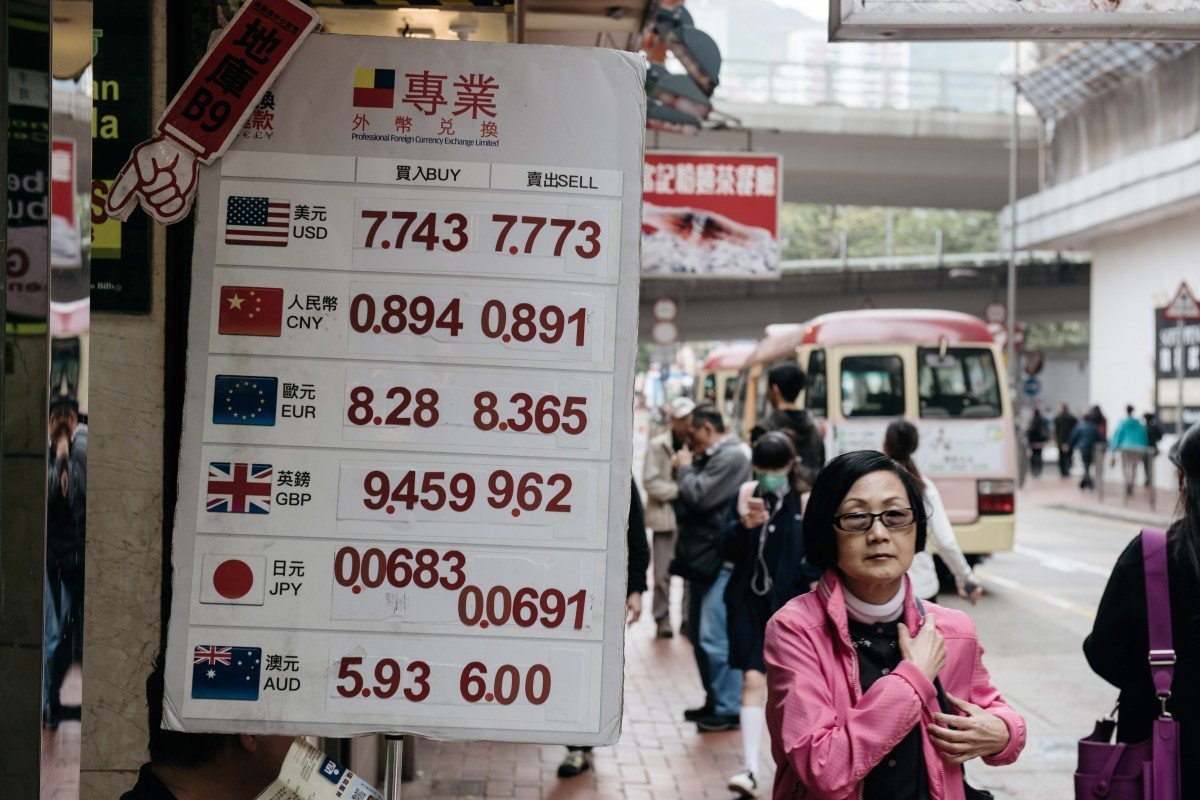 Hong Kong’s ‘safe haven’ status has diminished due to political instability caused by anti-government protests in the city, Invesco’s John Greenwood says. Extra liquidity from the US Fed is likely to flow into all Asian markets, not primarily Hong Kong, as it did after global financial crisis over a decade ago

Hong Kong is no longer the “safe haven” financial centre it once was, according to the economist credited as the architect of the Hong Kong dollar peg.

And with the anti-government demonstrations playing on the minds of investors, he said, US dollars are as likely to flow in other Asian markets, and not primarily Hong Kong as seen during the US Federal Reserve’s monetary easing in response to the global financial crisis more than a decade ago.

At that time, the city was a major beneficiary of continuous inflows that amounted to US$130 billion, according to the Hong Kong Monetary Authority (HKMA), the city’s de facto central bank, when the US pumped massive amounts of cash into its banking system in response to the global financial crisis.

“Hong Kong is no longer viewed as the ultimate safe haven [as it was] in 2008 and 2009,” said Greenwood, now chief economist at Invesco, which has assets of US$1.2 trillion under its management. “So Hong Kong can continue to have slower money growth because of its political instability even at a time the US is seeing an acceleration of monetary growth.”

Greenwood is credited as the main driving force behind the Hong Kong dollar peg after an article he wrote in 1983 provided the basis for the government’s policy to link the local currency to the US dollar.

He still sits on the HKMA currency board subcommittee which monitors and reports on the linked exchange rate system that pegs the Hong Kong dollar against the US dollar between a range of 7.75 to 7.85.

Noting the effect of the anti-government demonstrations on tourism, hotel occupancy and number of conventions that are held in the city, Greenwood said Hong Kong’s “equilibrium position” of fund flows and mix of interest rates is now shifting, with a lower level of economic activity expected to continue through the first quarter of 2020.

But, he added, outflows of long-term capital triggered by the protests are being offset by short-term inflows into the city.
The Hong Kong dollar has surged this month to the strong side of its trading band, appreciating to the firmest level against the US dollar since March 2017 amid expectations of a wave of US-listed Chinese companies considering potential secondary listings in Hong Kong.

The Hong Kong stock exchange is in discussions for secondary listings with Chinese technology companies including NetEase and Trip.com Group, known as Ctrip, after Alibaba raised US$13 billion in its 2019 share offering in the city, according to media reports. Alibaba is the owner of the South China Morning Post.

Frances Cheung, head of macro strategy for Asia at Australian bank Westpac, however, said that the current strength of the Hong Kong dollar may only be temporary because inflows chasing the stock market may only be for short-term speculation.
“People are bringing money into the city now simply to buy stocks or to earn interest,” Cheung said. “It’s not because they think of Hong Kong as a safe haven place.”

Cheung said that when the US Federal Reserve was easing policy in response to the financial crises in 2008, triggered by the implosion of Lehman Brothers, that caused people to avoid US dollars and instead prefer holding Hong Kong dollars as a proxy at the time.

Under the latest liquidity injections by the US Federal Reserve, however, the US economy and stock markets have remained robust, diminishing the Hong Kong dollar’s appeal as a safe haven.

In 2019, the US Federal Reserve cut interest rates three times and temporarily resumed purchases of US Treasury bills to offset a distortion in the market, thereby increasing liquidity in the financial system.

Nathan Chow, economist at DBS Bank, said that the liquidity injections would likely fuel inflows into all Asian markets rather than just into Hong Kong.

“If there is no crisis, the atmosphere in the US asset market is actually quite positive, so there will be some flows into the whole of Asia, not just to Hong Kong due to its unique position,” Chow said.