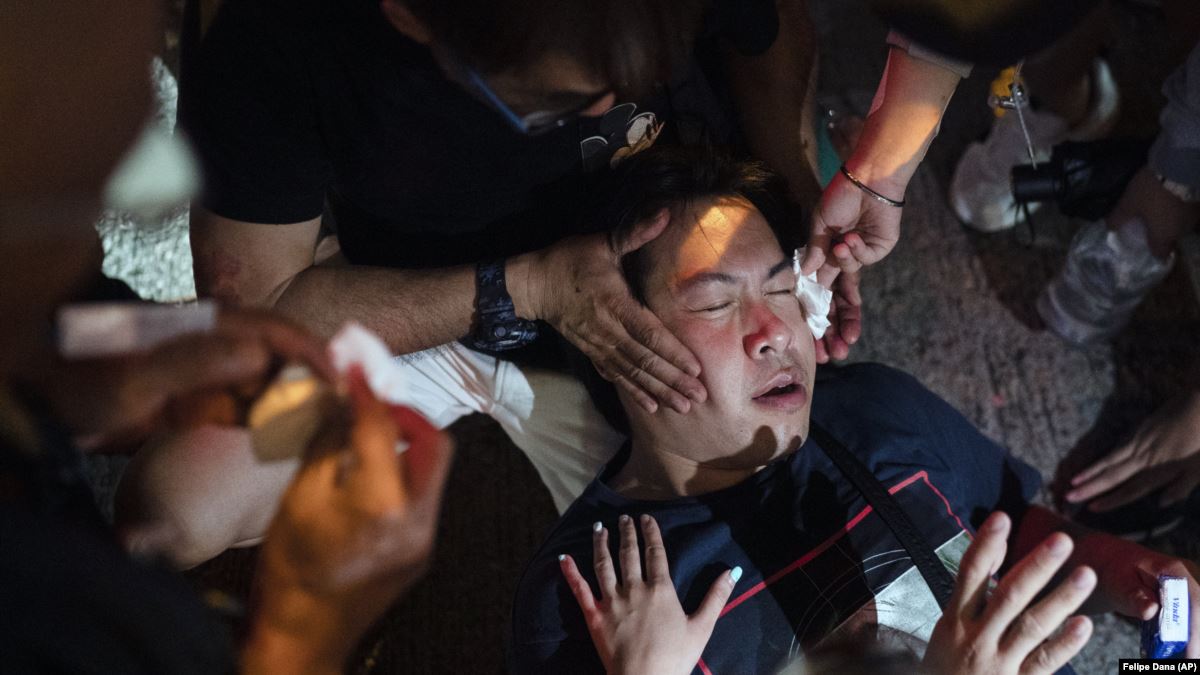 Groups of medical workers are secretly treating protesters who are injured in violence at demonstrations. Those injured are no counted by hospitals causing many to believe the number of people hurt in the ongoing movement is higher.

Hong Kong’s summer of protests is now stretching into the fall. Clashes between demonstrators and police have often become violent. But medical workers have quietly joined to form the Hidden Clinic and other groups to help injured protesters.

The groups secretly treat young demonstrators who fear arrest if they go to government hospitals.

One person recently contacted the Hidden Clinic through the social media service Telegram. The person wanted to find help for a friend who appeared to have a broken arm, the group told The Associated Press, or AP.

The person explained their injured friend’s concerns about arrest, saying, “Many of his friends have been detained when seeing doctors.”

The Hidden Clinic claims to have treated 300 to 400 protesters with many injuries. They include broken bones, open wounds and contact with tear gas so intense that they were coughing up blood. The group also says the severity of the injuries has increased.

A medical worker who specializes in traditional Chinese medicine and is not connected with the Hidden Clinic said she has treated 60 to 80 patients.

The woman asked that her identity be kept secret because she fears punishment during one of her trips to mainland China. She uses traditional treatments involving needles and pressure points, called acupuncture, to ease patients’ pain. She does not ask for payment.

These secretive medical services suggest that the official number of 1,235 injured protesters treated in public hospitals since June 9 may not be complete.

Hong Kong’s chief executive, Carrie Lam, said the official number includes injuries to more than 300 police officers. It comes from the Hospital Authority which only counts patients who visited 18 public Accident and Emergency departments in the territory of 7.5 million people. It does not include those treated privately.

The protests against a proposed change to Hong Kong’s criminal law started in June. The measure would have permitted Communist Party-controlled courts to move criminal suspects in Hong Kong to mainland China for trial. Hong Kong has been a partly self-governing center for international trade and finance since 1997, after Britain handed over control.

Hong Kong’s leadership has withdrawn the disputed measure. But the demonstrations have developed into a movement against Lam’s government. The government has counted over 400 demonstrations so far. This has tested promises from the Communist leaders in Beijing not to get involved in the internal affairs of Hong Kong.

A lot of hidden injuries’

One trainee doctor would not give her full name and asked to be identified only as Wong. She worried that she might damage her career. She said her supervisor at a major public hospital does not know about her involvement with the Hidden Clinic.

After her work day, Wong spends her nights dealing with injured protesters. She gives them quick examinations through text messages and photographs and offers advice. She then reaches out to the Hidden Clinic’s doctors, setting up more complete examinations and treatment. She even helps with costs.

When the protests began, Wong said that she helped establish the Hidden Clinic at the end of July because she said she recognized that the injuries are getting more severe.

“Data published by the government aren’t really accurate anymore, and there are a lot of hidden injuries,” Wong added.

For some injuries, the Hidden Clinic offers temporary treatment that lets protesters wait a few days before going to a health center. In this way, they can lie more believably when they deny they were hurt in violence.

“You can just say that, oh, you got injured while playing football or something,” Wong said.

The AP asked the Hospital Authority about protesters’ fears of public hospitals. Officials said in a statement that the Authority considers patient confidentiality very important. It has also told law enforcement “to be mindful of the respect for patient data privacy in hospitals.”

However, the protesters do not believe the officials.

“Government hospitals have police,” said a 19-year-old student who came to an October 6 protest prepared for trouble. He wore a metal shield on his left arm, a hardened head covering, protection for his arms and legs, and a breathing device to protect against tear gas.

At an earlier clash, a rubber bullet struck him under his arm. So he said he used Telegram to find free treatment from a private clinic that found he had no broken bones. He identified himself only as John.

Doctors operating in secret say they feel as though they have to help.

“These kids are striving for a whole era’s freedom,” said the traditional medicine worker. “For those of us who don’t dare go out, the very least we can do is treat their wounds.”
Add Comment