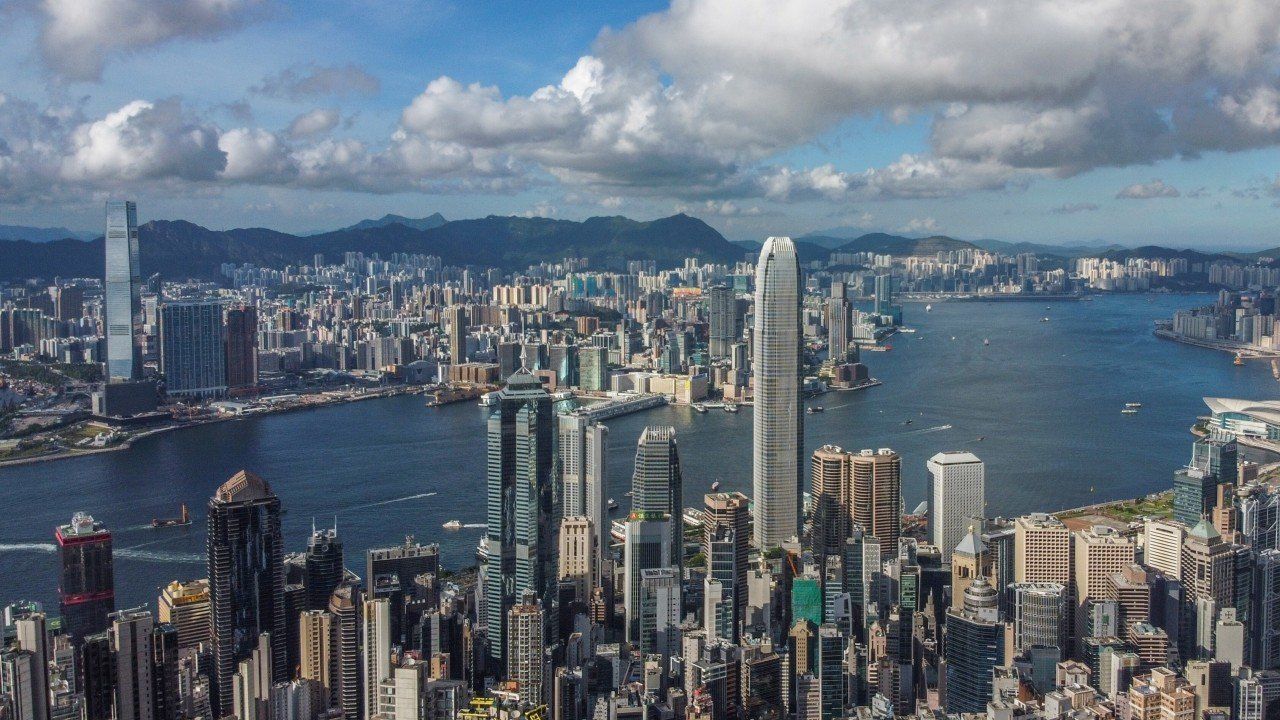 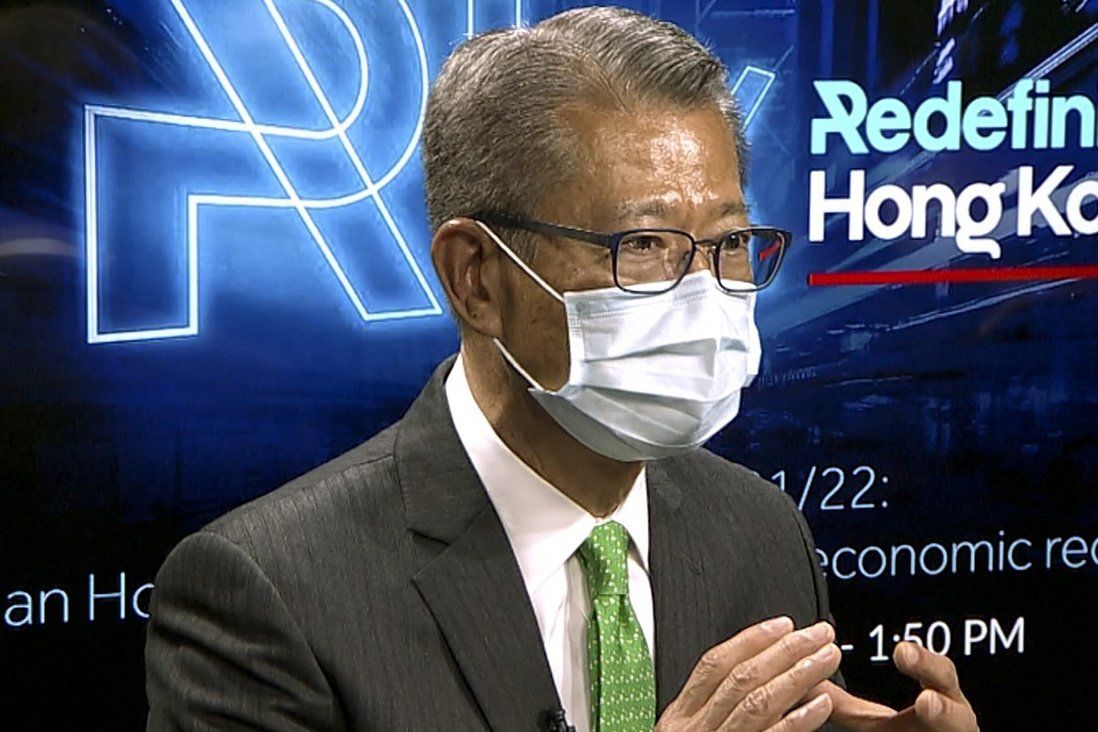 Hong Kong’s financial chief has hit out at a Washington-based think tank for removing the city from an annual league table ranking the world’s freest economies, saying the decision was “clouded by political bias”.

The city drops off the Heritage Foundation list published on Thursday, a year after losing the No 1 position it held for decades to Singapore.

Hong Kong and Macau were quietly removed from appearing under their own names and instead listed with China. The compilers said classifying the economy under China was a reflection of Beijing’s “ultimate control” over the city.

“I do not agree that our economic policy has been taken over by the central government,” he said. “It seems to me when they arrived at that decision, it must have been clouded by their ideological inclination and political bias.”

He insisted the city still enjoyed its economic competitiveness with the free flow of capital continuing under “one country, two systems”, the governing principle for Hong Kong. The rule of law is respected in the city, Chan added.

It went on to say that while Hong Kong and Macau residents benefited from policies offering greater economic freedom than in mainland China, “developments in recent years have demonstrated unambiguously that those policies are ultimately controlled from Beijing”. 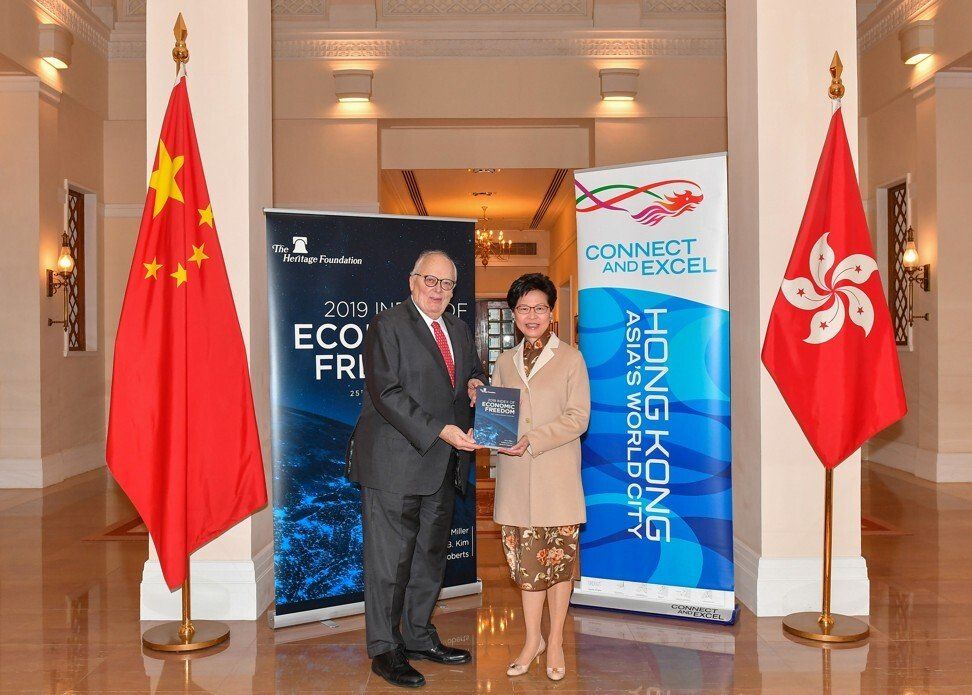 The foundation, which is nearly 50 years old, is an influential right-wing think tank, which had strong ties to the Trump Administration. It takes a conservative position on issues such as abortion and LGBT rights, but promotes free market economics and deregulation.

On its website, the organisation says its mission is to “formulate and promote conservative public policies based on the principles of free enterprise, limited government, individual freedom, traditional American values, and a strong national defense”.

When Hong Kong last topped the index in 2019, Chief Executive Carrie Lam Cheng Yuet-ngor met with the Founder of the foundation Dr Edwin Feulner at the Government House, where she received a copy of the 2019 Index of Economic Freedom. Lam expressed “her gratitude to the Heritage Foundation for affirming Hong Kong’s commitment in upholding the free market principles over the years,” according to a government press release in 2019.

Two years later, the city was removed from the list by the foundation.

Hong Kong repeatedly led the list before it was toppled in 2020 by Singapore for the first time in 25 years, as the financial hub grappled with months of anti-government demonstrations in 2019.

In response, Beijing imposed a national security law on the city, which prohibits acts of secession, subversion, terrorism and collusion with foreign forces.

China comes 107th place in the list, after Uganda, and sits among economies rated as “mostly unfree”. Hong Kong’s index score for this year is described as “not available”.

Singapore took the top spot for the second year in a row with a score of 89.7. Rounding off the top five were New Zealand, Australia, Switzerland and Ireland.