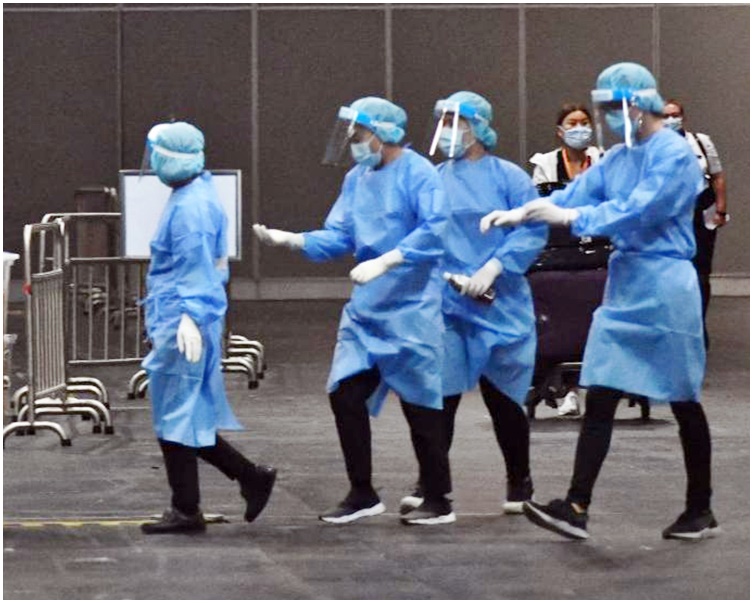 The Department of Health said today that Hong Kong has so far detected three Covid cases involving the “Mu” variant of Covid-19, which is said to be more resistant to vaccines.
The World Health Organisation earlier said the “Mu” variant has been detected in 39 countries so far, labeling it as a "variant of concern" on Monday, joining the ranks of the Alpha, Beta, Gamma, and Delta variants of the virus.

All three cases were imported cases, including a 19-year-old man and 22-year-old woman flying into the city from Columbia in early June, while the remaining patient was a 26-year-old woman who arrived in late July and received both doses of the BioNTech vaccine.

Microbiologist Ho Pak-leung, the head of Hong Kong University’s Centre for Infection, said the “Mu” variant was first identified in Colombia in January, accounting to over 4,500 cases worldwide.

He said although it is still unknown whether the mutant variant will be more contagious, it is possible that the mutation involved in the virus strain will affect the effectiveness of the coronavirus antibodies from the Covid vaccines.

In a weekly epidemiological update published by the WHO on Tuesday, the agency warned the “Mu” variant was becoming increasingly prevalent in Colombia and Ecuador, and showed signs of possible resistance to vaccines.

It said the global prevalence of “Mu” among sequenced Covid-19 cases is below 0.1%, but its prevalence has “consistently increased” in Colombia and Ecuador, where it is now responsible for around 39% and 13% of infections, respectively.

The agency also saod the “Mu” is the fifth variant of interest to be monitored by the WHO since March. It has a number of mutations that suggest it could be more resistant to vaccines, the health agency warned, but stressed that further research would be needed to confirm this.

Preliminary data show a reduced effectiveness of vaccines “similar to that seen for the Beta variant”.

The WHO added it would be monitoring “the epidemiology of the ‘Mu’ variant in South America, particularly with the co-circulation of the Delta variant…for changes”.
#COVID-19  #vaccine  #BioNTech  #Covid  #Coronavirus  #Vaccines
Add Comment