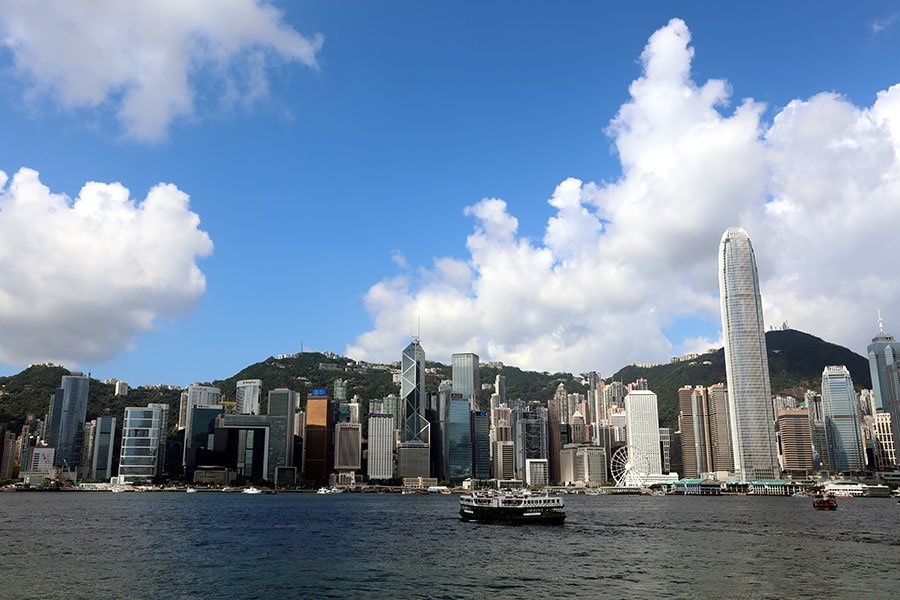 Representatives from Hong Kong and Macao at the two sessions said they will put forward proposals related to the Guangdong-Hong Kong-Macao Greater Bay Area, in a bid to foster the integration and development of the 11-city cluster.
Stanley Ng Chau-pei and Cheng Yiu-tong, two Hong Kong deputies to the 13th National People's Congress, said they will jointly suggest that the central government lease land in some Bay Area mainland cities to the Hong Kong Special Administrative Region to create new towns.

The State Council approved in 2009 leasing land on Hengqin, an island belonging to Zhuhai, Guangdong province, to the Macao Special Administrative Region to build the new campus of the University of Macau. The leased area will be under Macao's jurisdiction for 40 years.

Ng said the first phase of such a land allocation program for Hong Kong could cover an area of 30 square kilometers and have a capacity to accommodate 600,000 people. The Hong Kong SAR government could build public housing, hospitals, schools and other public facilities in the leased area.

"The allocation of the land will help ease Hong Kong's acute need for land and promote the integration of different cities within the Bay Area," Ng noted.

NPC deputies and members of the 13th National Committee of the Chinese People's Political Consultative Conference from the Democratic Alliance for the Betterment and Progress of Hong Kong, the largest political party in Hong Kong's legislature, said they will propose the building of two new towns for Hong Kong residents, one in Guishan, an island of Zhuhai, and another from land reclamation in the sea south of the Hong Kong-Zhuhai-Macao Bridge.

In addition, the DAB revealed that its representatives will present proposals calling for simplifying administrative procedures allowing Hong Kong's universities, primary and secondary schools to set up branches on the Chinese mainland, particularly in Bay Area mainland cities.

Starry Lee Wai-king, a Hong Kong deputy to the NPC and chairwoman of the DAB, said the measure will better promote Hong Kong's education sector.

Hong Kong NPC deputy Wong Kwan-yu said he will submit a proposal on building more world-class universities within the Bay Area to broaden its talent pool.

Wong added that he would like to discuss issues related to strengthening cross-boundary cooperation at the two sessions.

Ho Teng-iat, a deputy from Macao to the NPC, said she will submit three proposals this year, including one related to strengthening economic and political cooperation between Zhuhai and Macao.
Add Comment