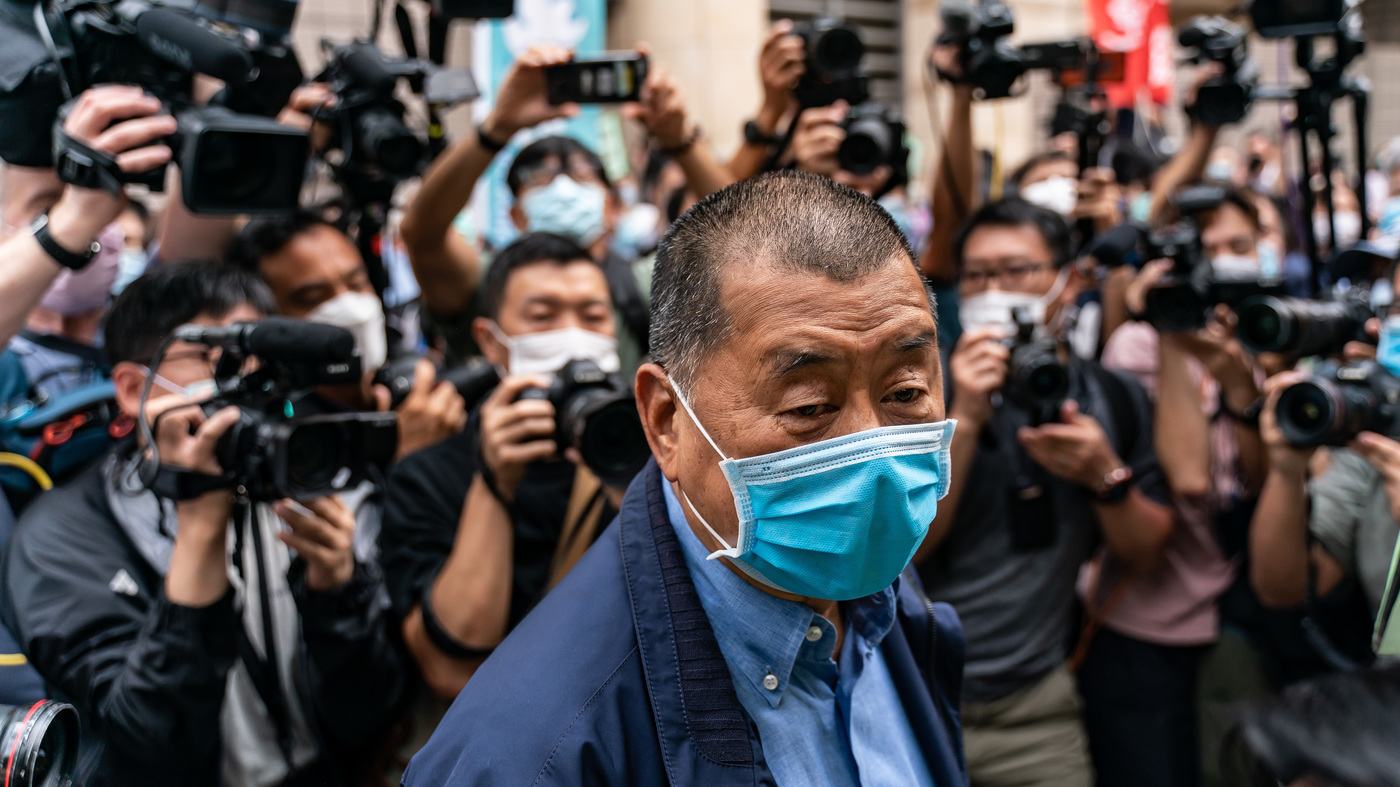 Lai, who publishes a tabloid newspaper that's critical of China, is one of the most high-profile people charged with colluding with a foreign country under a controversial new national security law. China's ruling Communist Party has been taking its most prominent critics into custody as it attempts to suppress the pro-democracy movement there.

The law, passed earlier this year by an elite body within China's legislature, criminalizes four types of activity: secession, subversion of state power, terrorism and collusion with foreign entities. The text of the law, imposed by fiat on Hong Kong, was revealed publicly only after it passed.

The 73-year-old Lai was one of several journalists arrested earlier this month, accused of violating terms of their office building's lease. On Friday, government officials announced he would be charged with violating the national security law. At his court appearance on Saturday, a judge denied his request for bail and adjourned the case until April, according to Lai's paper, the Apple Daily.

Prosecutors had requested the postponement, saying it would give time for police to investigate more than 1,000 posts on Lai's Twitter account. Specifically, Lai is accused of requesting that a foreign country or institution "impose sanctions on blockade, or engage in other hostile activities" against China or Hong Kong, the Apple Daily reported. He could face a maximum punishment of life in prison.

Lai has publicly commemorated the 1989 Tiananmen Square crackdown in Beijing and has encouraged his followers to fight for the end of one-party rule in Hong Kong. "Yes, it'll be dangerous," he tweeted last month. "But let us not be afraid and fight on! The greater the danger, the more effective we can arouse the world attention."

Lai has already been arrested multiple times this year related to his involvement in demonstrations against China's Communist Party. His case has gained international attention, sparking comments by prominent U.S. politicians. Vice President Pence said on Twitter that the charges against Lai "are an affront to freedom loving people" everywhere. Pence called Lai a "hero" who has stood up for democracy and the rights of Hong Kong residents, adding: "#FreeJimmyLai."