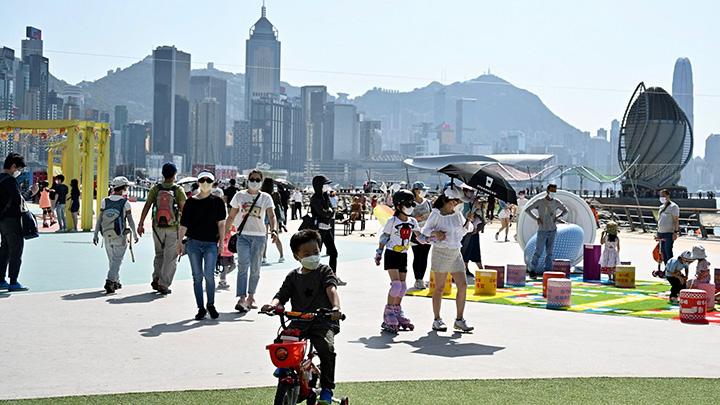 The number of Covid cases dropped to three digits for the first time in almost two months, with health officials reporting 946 infections on Friday.
Among the new cases, 471 were confirmed through PCR tests, while the remaining 475 cases were positive rapid antigen test results reported by citizens.

Among the 946 cases, 11 of them were imported. Eight of them arrived in Hong Kong on Thursday, and the three others arrived earlier.

The Centre for Health Protection's Chuang Shuk-kwan reported the official caseload of the fifth wave now stands at 1,183,653.

According to Lee, 36 deaths were logged by public hospitals yesterday, involving 19 men and 17 women aged between 59 and 97. Among them, 12 were residents of elderly homes, 27 had no vaccination record, and only one was aged below 65.

The other 31 deaths were reported late due to a delay in results, including 15 men and 16 women aged between 62 and 103.

Meanwhile, speaking on a daily press briefing this morning, chief executive Carrie Lam Cheng Yuet-ngor told reporters that it is likely that Hongkongers will no longer see her hosting the briefing tomorrow morning, as she earlier announced the briefing would stop when the city’s daily Covid tally falls below 1,000.

However, she said authorities are not planning any relaxation on border control measures, while more relaxation of the Covid curbs would only come when the city sees a very low infection level.
#Covid
Add Comment