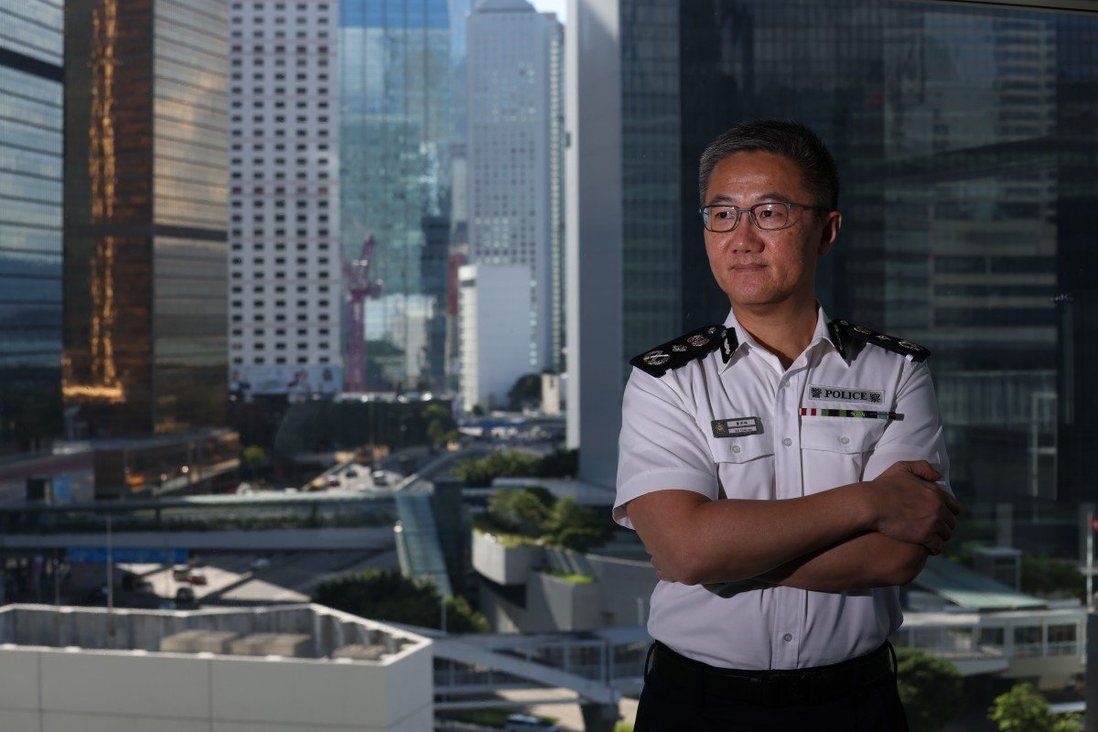 Hong Kong’s police chief has said the force will enhance its cyber-intelligence capabilities to detect anyone committing seditious acts, as he warned of the potential for violent elements of the anti-government movement to shift their operations underground.

Commissioner of Police Raymond Siu Chak-yee said there were still “bad faith actors” hoping to “incite violence” among young people through media, culture and the arts, despite Hong Kong returning to stability after the 2019 protests.

He again blamed “fake news” for stoking divisions between Hong Kong’s youth on the one side and the government and police on the other, saying that magazine articles and short online videos were among the tools being used to target young people.

“In the past two years, there has been a lot of fake news and misinformation causing huge misunderstanding among young people about police, the government and the country,” Siu told a radio show.

“We have now given ourselves a goal that we should clarify any false information within two hours of it spreading.”

He added: “Even though the situation in Hong Kong has stabilised, there is still a chance of violent elements going underground.”

Calling for increased vigilance against threats to Hong Kong security, he urged residents to report any suspicious items, or even people around them expressing radical views. He warned those taking anti-government stances to stay within the confines of the law.

Siu has previously laid the blame on misinformation for undermining the reputation of the police force, insisting its relations with residents were not as bad as people thought.

Hong Kong authorities have since pushed for controversial fake news legislation. Chief Secretary John Lee Ka-chiu also said in July that the government would “move as quickly as possible” to pass legislation.

The Hong Kong Journalists Association is strongly opposed to the plan, stressing such legislation has been introduced by regimes across the world to crack down on dissidents and curb press freedoms.

Top government adviser and barrister Ronny Tong Ka-wah had previously conceded it was difficult to define fake news or enforce legislation against it as many of the online platforms responsible were based overseas, although he said the city would eventually require legislation targeting the spread of misinformation.

Both Lee and Secretary for Security Chris Tang Ping-keung said that misinformation fuelled hatred towards police during the anti-government protests of 2019. During the unrest, police officers were accused of using excessive force when engaged in running street battles with protesters.

Amid concern over the impact of legislation on Hong Kong’s media industry, Siu on Sunday said that fake news was “carefully crafted and intentionally using lies to incite and mislead the public” and was a separate issue to press freedom.

“In the past, I have worked with many experienced media professionals and I definitely respect them,” he said. “But press freedom does not equal fake news freedom. Freedom is based on respect for the law, and if you do not respect it, you have no right to talk about freedom.”

Meanwhile, Siu said any protests to be held in the future, such as the June 4 vigil to commemorate the 1989 Tiananmen Square crackdown, would be subject to a review – undertaken by police on a case-by-case basis – to assess whether the event could be used as a platform for violent acts.