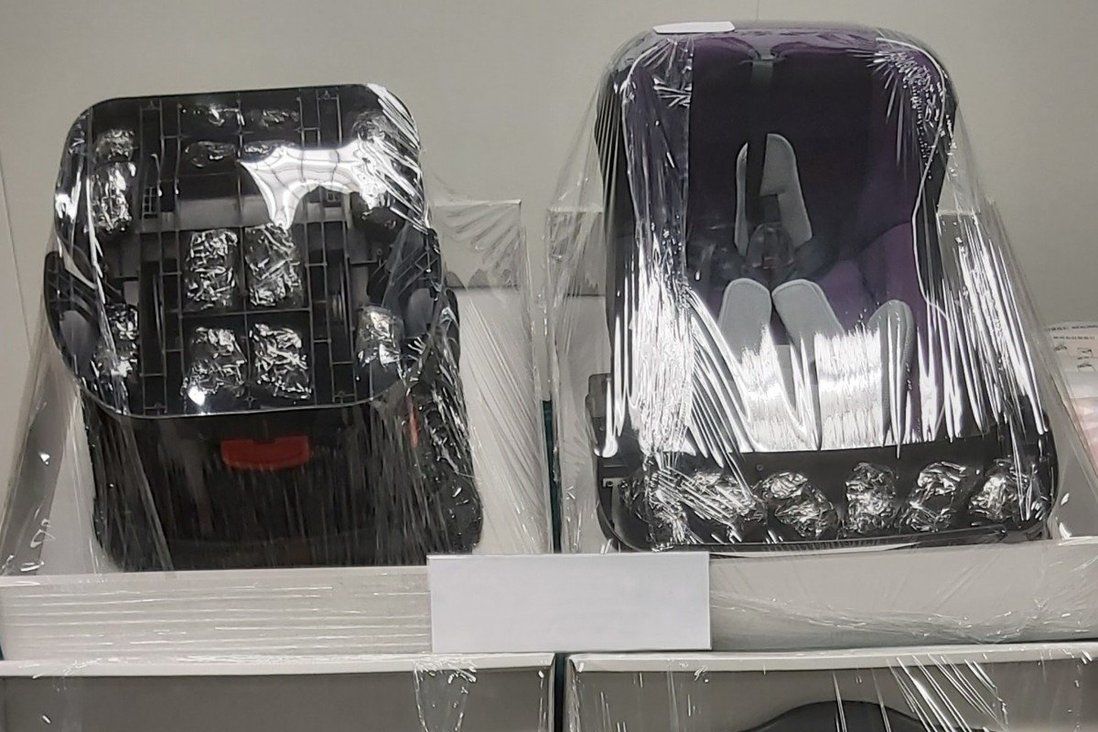 More than 150 officers took part in operation that uncovered 51.5kg of Ice; suspicions roused after European-brand seats arrived from Cambodia.

The consignment of 51 seats – 32 of which contained drugs – had been shipped into the city from Cambodia on February 11, raising suspicions as the European brand was not one typically sourced from the Southeast Asian country.

An X-ray examination was then carried out in a container yard in Yuen Long on February 18. After finding suspicious images, officers opened the boxes for further examination. 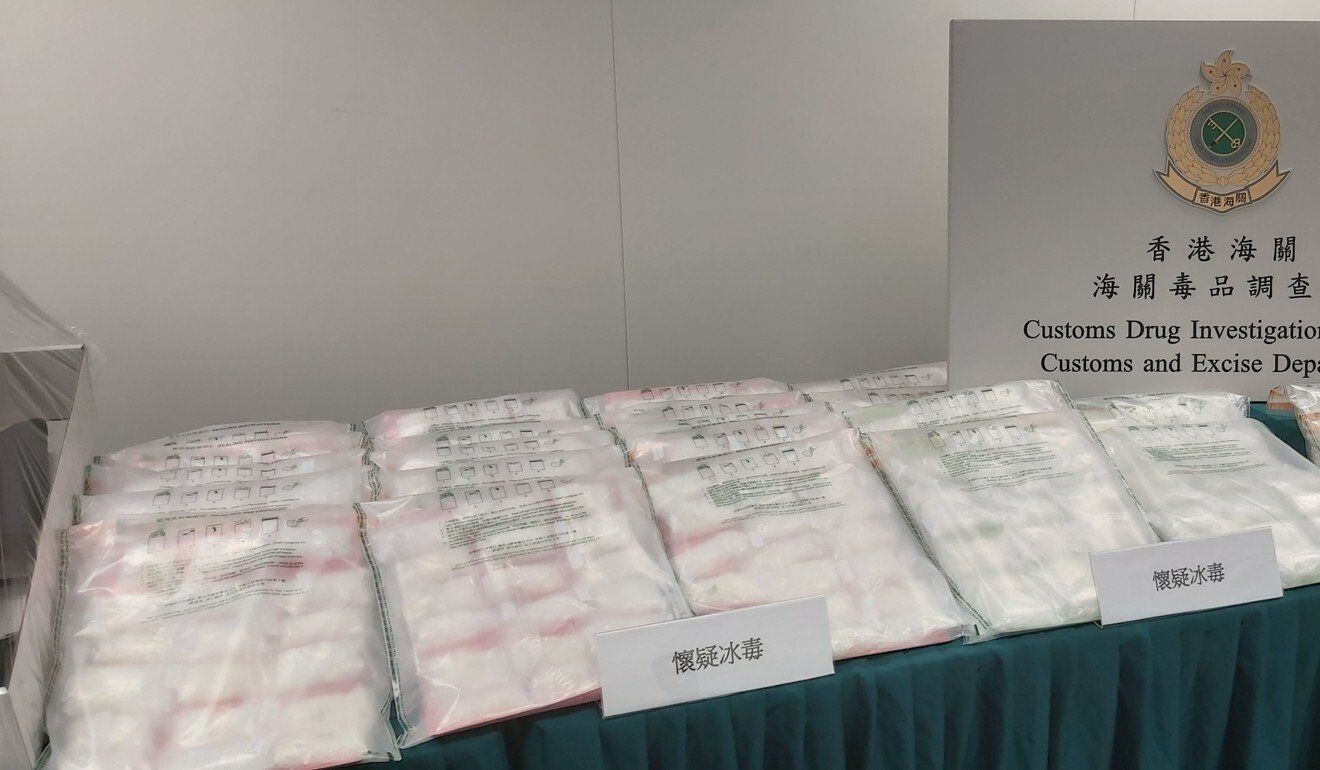 More than 51.5kg of crystal meth was found hidden in child car seats shipped from Cambodia.

“During the inspection, officers found 51.5kg of Ice concealed in 32 out of the 51 baby car seats. The haul has an estimated street value of HK$32 million,” Assistant Superintendent Fong Heung-wing of customs’ drug investigation bureau said.

More than 150 officers were then deployed to place the consignment under constant surveillance, waiting to see who picked it up.

In a bid to avoid detection, the transnational drug trafficking syndicate deployed nine trucks to transport the car seats to different locations across the city, according to Fong.

“It was first delivered to Tsuen Wan, then transported to an outdoor car park in the Ma Liu Shui area of Tai Po, where the cargo was divided into three batches and stored in three shipping containers,” he said.

Fong said the containers were then delivered to locations in Sha Tin, Tsuen Wan and San Tin before being grouped once more in a container yard in Tsing Yi, where they sat for the next two weeks.

On Sunday,a 22-year-old man picked up one of the containers and took it to an industrial building in Kwun Tong. Customs officers moved in and arrested him as he tried to take the box into one of the building’s flats.

A total of 51.5kg of suspected crystal meth was found concealed in 32 baby car seats in the three containers.

In a follow-up operation on the same day, officers raided a Chai Wan flat and picked up a 33-year-old man who was sole director of the newly established company to which the cargo was consigned.

Both men were arrested on suspicion of trafficking in a dangerous drug – an offence that carries a maximum penalty of life imprisonment.

Describing the 17-day surveillance operation as “a game of wit and strength” with the drug-trafficking syndicate, Fong lauded his officers’ hard work, adding he believed the narcotics had been intended for local consumption.

Investigations were ongoing and further arrests possible, he added.

As of midday on Tuesday, the pair were still being held for questioning but had not been charged.