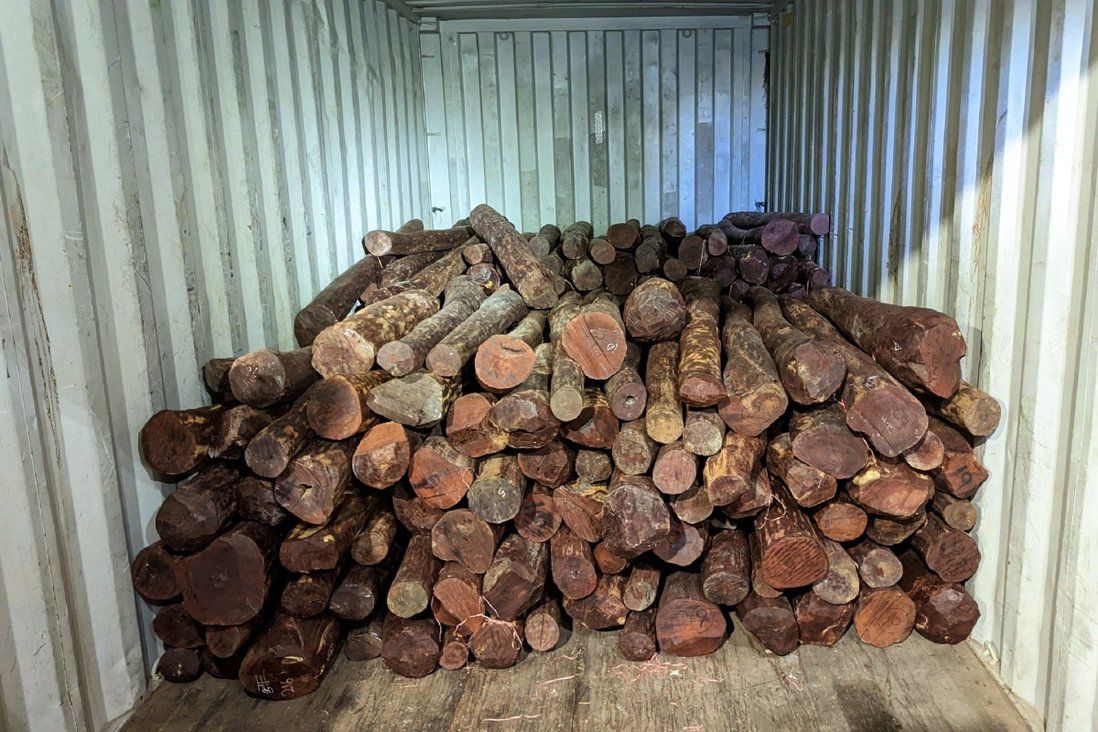 Container was going from the Middle East to Taiwan via Hong Kong, customs department says.

More than six tonnes of suspected protected wood with an estimated value of HK$4.1 million (US$522,000) was found hidden in a shipping container on its way from the Middle East to Taiwan via Hong Kong, the Customs and Excise Department revealed on Tuesday.

The 6.5-tonne haul of what appeared to be red sandalwood was uncovered on Monday when the container was opened for inspection at the Kwai Chung cargo examination compound.

“Through risk assessment, customs officers [on Monday] selected for inspection a seaborne transshipment container arriving from the United Arab Emirates en route to Taiwan via Hong Kong,” the department said. “Upon inspection, customs officers found the batch of suspected red sandalwood inside the container.”

The case was handed over to the Agriculture, Fisheries and Conservation Department for a follow-up investigation.

Red sandalwood, known as “red gold” because of its high value, is often used for making luxury furniture and carvings.

It is listed as endangered under the Convention on International Trade in Endangered Species of Wild Fauna and Flora. In Hong Kong, importing or exporting endangered wood without a permit carries a maximum penalty of 10 years in jail and a HK$10 million fine.

Customs urged members of the public to report suspected smuggling activities to its 24-hour hotline on 2545 6182.

On March 16, a haul of 4.67 tonnes of suspected red sandalwood, which had been declared to be woven fabric, was found hidden in a seaborne container shipped into the city from Malaysia.

On the same day, customs officers at the airport’s cargo terminal seized half a tonne of suspected red sandalwood in an air consignment from India.

The 5.17 tonnes of protected wood was estimated to be worth HK$7.15 million, according to the department.

This year’s biggest haul in terms of monetary value was made on January 21 when customs officers found 3.37 tonnes of red sandalwood valued at HK$17 million hidden in an air consignment from Dubai.