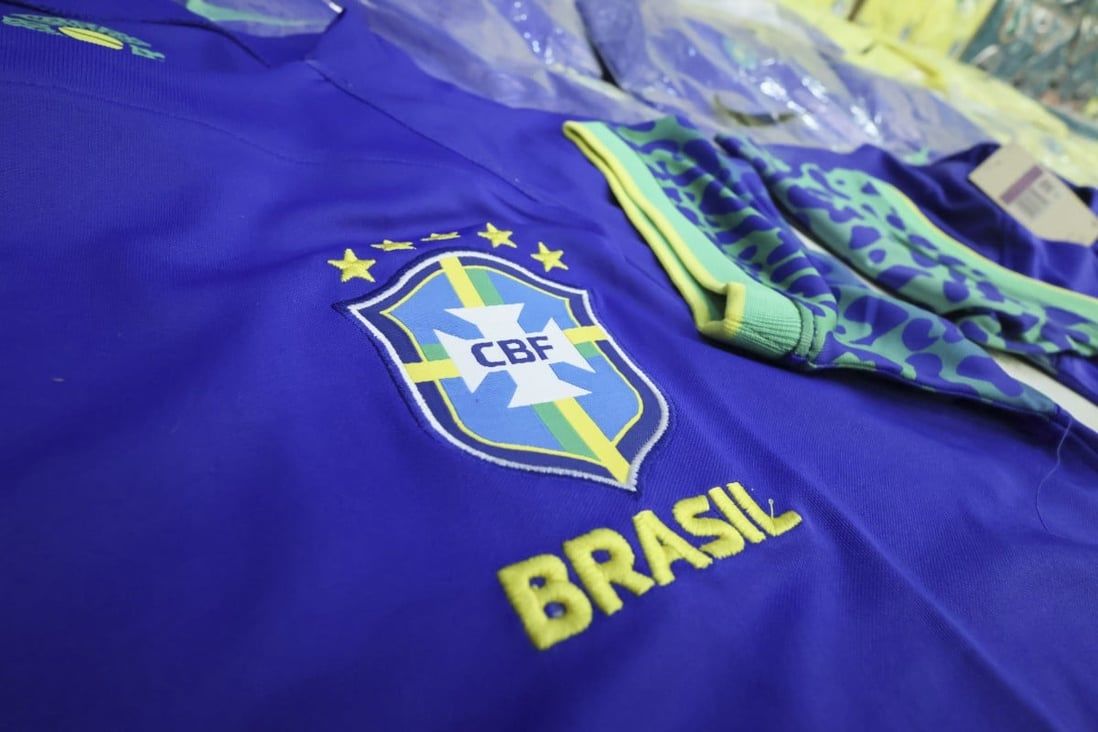 Hong Kong customs has seized more than 100,000 suspected counterfeit football shirts with an estimated market value of about HK$50 million (US$6.3 million) just days ahead of the 2022 World Cup in Qatar.

The Customs and Excise Department arrested 15 suspects, aged 34 to 64, during a special operation between October 31 and November 10. The suspects were believed to be part of 20 cases involving control points, city logistics companies and an online store.

The designs of the counterfeit jerseys were those of prominent teams taking part in the World Cup, including many European and South American football powerhouses, Divisional Commander Sky Fung Wai-ching said on Thursday.

The jerseys were the latest versions for the national teams, packaged in bags with authentic-looking trademarks, he added. 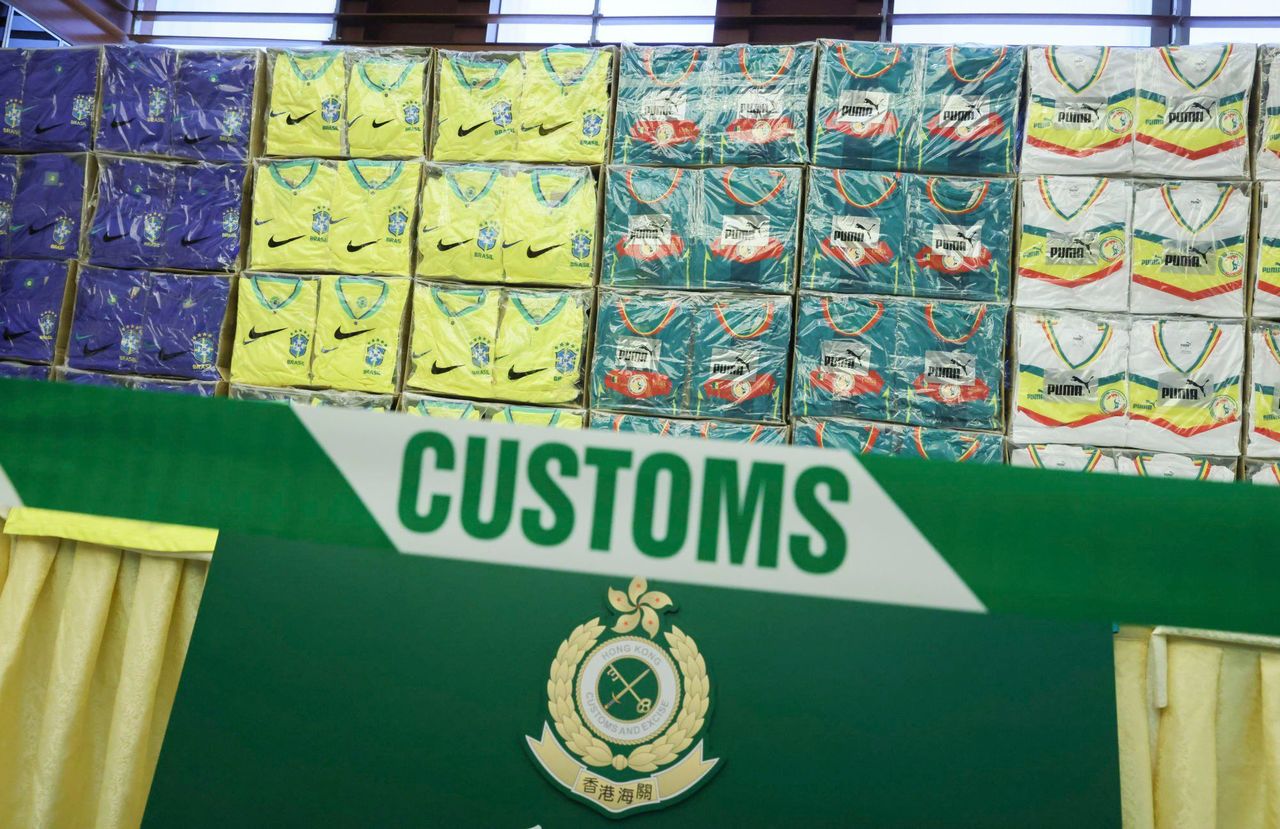 “We think that the criminals deliberately mixed the counterfeit jerseys with other goods, so as to increase the difficulty of detecting the counterfeit goods,” she said.

In one crackdown at Shenzhen Bay, Cheung added, investigators had conducted X-ray analysis and detected higher densities at the middle and rear of container cargoes, which sparked suspicion and led the authorities to check the goods.

Officials said they believed most of the jerseys would have been re-exported to Europe and South America, with a small number sold in Hong Kong.

Authentic shirts were typically sold for HK$600 to HK$1,300 and could be linked to the manufacturer’s website by scanning the QR code on the package, he added.

“We remind the public to buy goods at reputable shops and compare market prices before purchase. Customers should remain more alert to unusual prices offered by online traders,” Hung said. 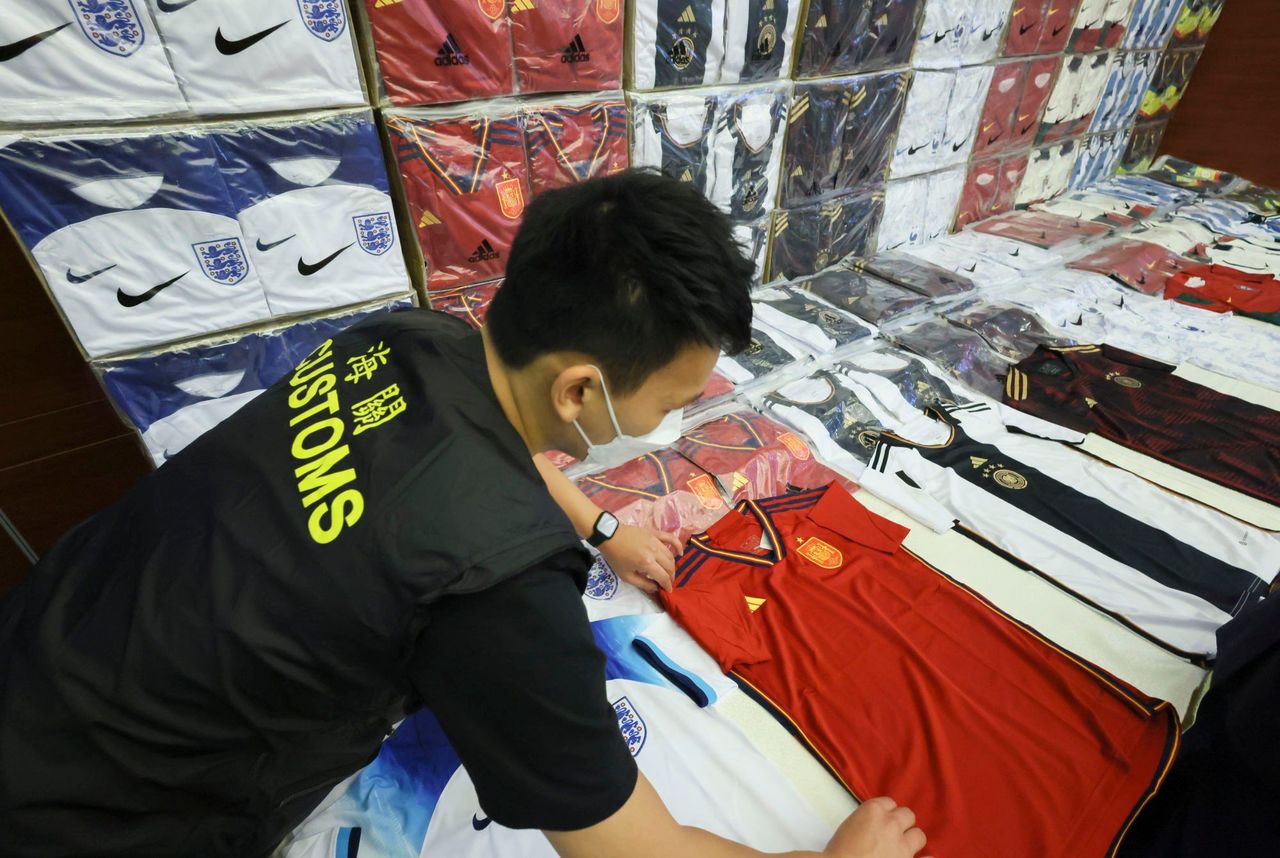 “Before making transaction decisions, customers should take note of the business address and contact information so that follow-up action can be taken if there are problems with the product.”

Customs last month seized more than 3,000 counterfeit Argentina and Mexico football shirts and other knock-off products with a total value of HK$30 million.

The 2022 World Cup will be held between November 20 and December 18. A total of 32 teams will compete in football’s biggest event.