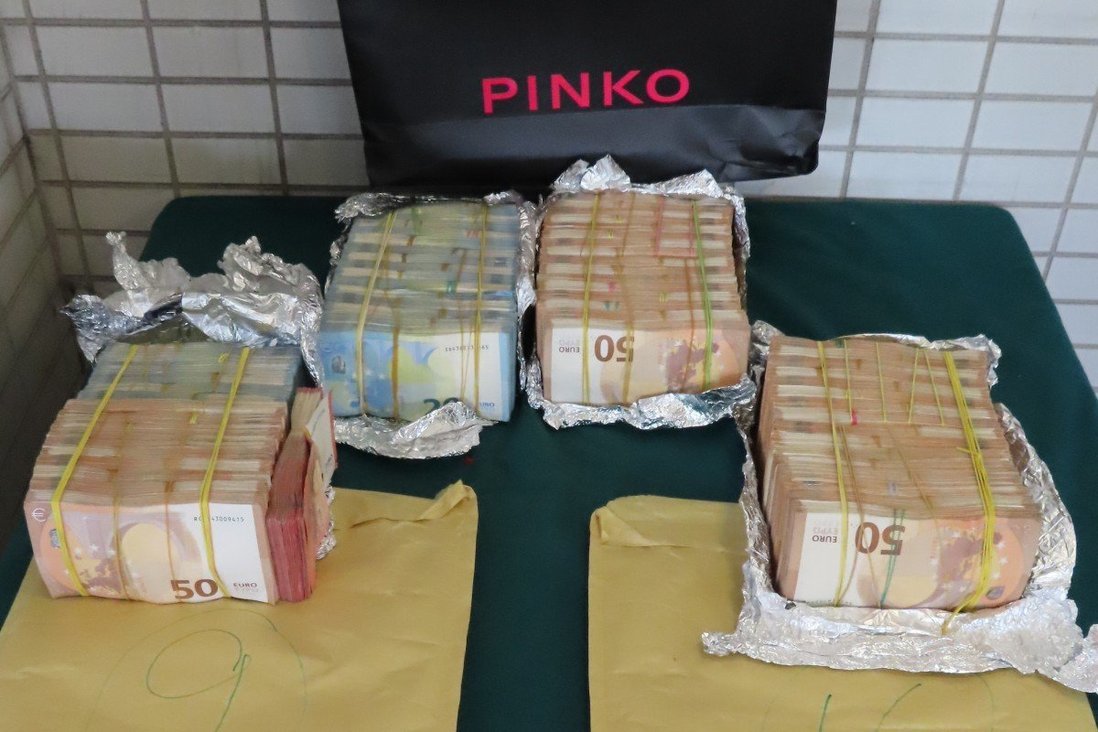 Last year also saw 38 suspects arrested on suspicion of washing criminal proceeds, twice as many as 2019.

Hong Kong customs officials seized HK$4.6 billion (US$593.3 million) in dirty money in 2020 – a four-year high – as transnational rackets turned to novel methods for smuggling cash into the city and handling criminal proceeds amid the Covid-19 pandemic.

Overall, the Customs and Excise Department last year arrested 38 people in connection with nine cases, twice as many as the 19 suspects netted for allegedly laundering HK$3.6 billion in 2019. Last year’s HK$4.6 billion haul was the biggest since 2016, when customs officials cracked down on a HK$5.9 billion money-laundering case in conjunction with their mainland counterparts.

In an interview with the Post on Wednesday, Superintendent Grace Tang Wai-ngan, head of the department’s financial investigation group, said the pandemic had altered money-laundering activities. 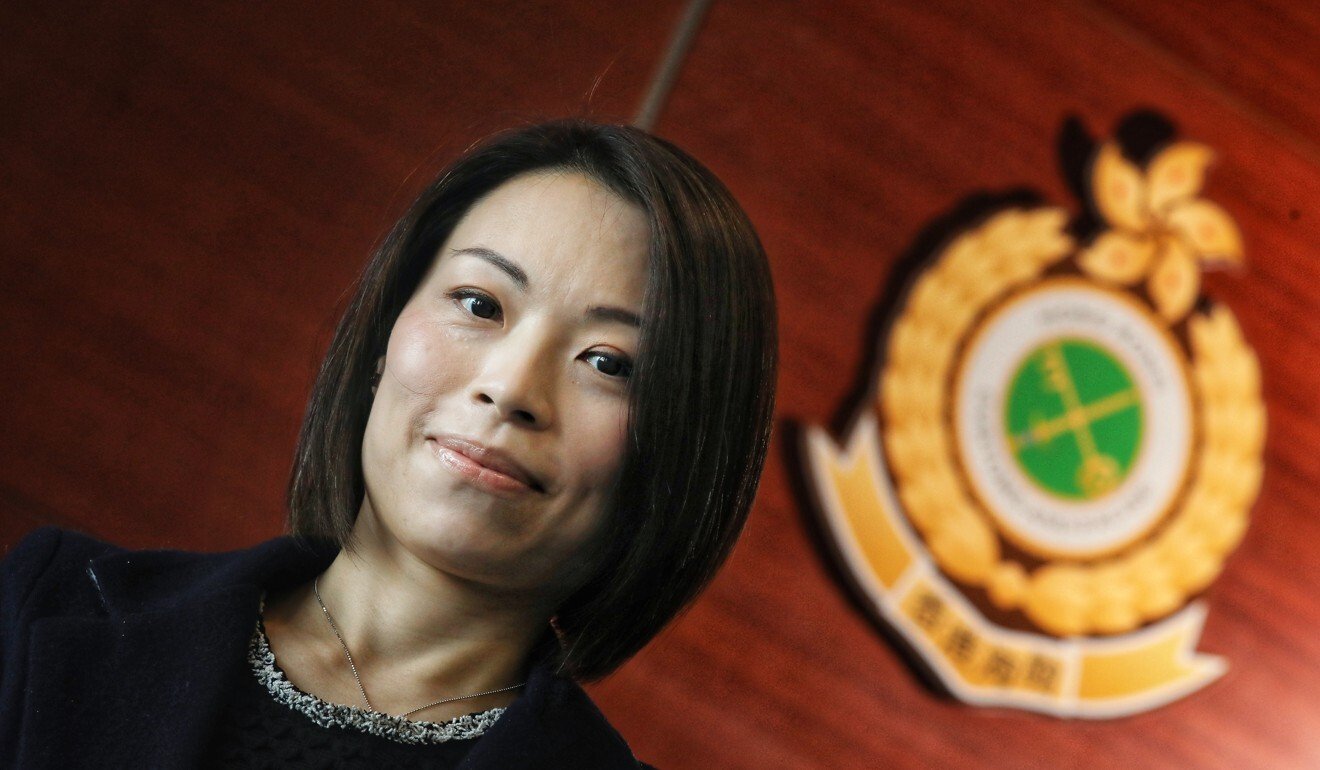 Superintendent Grace Tang, of the Customs and Excise Department.

Apart from traditional laundering tricks, such as conspiring with an offshore company to funnel ill-gotten gains out of Hong Kong shell company bank accounts, some culprits last year turned to licensed money changers to launder large sums of cash through layers of transfers, Tang said.

Money changers were more easily lured into criminal activities as their businesses had been severely hurt by Covid-19, she added, while the culprits who used them were able to avoid bank transactions, which are monitored by systems established specifically to combat money laundering.

“Under the law, the money services operators are subject to customer due diligence, like checking the financial source of the transaction. Failing to do so is a way to help culprits move out the criminal proceeds,” Tang said.

In September, customs officers arrested a company director, the owner of a licensed money exchange business and five members of a family accused of laundering more than HK$3.4 billion through over 100 personal bank accounts in the biggest case of its kind.

The group allegedly made more than 6,000 suspicious financial transactions between May 2018 and April 2019, with the biggest involving some HK$22 million.

The family’s son worked as a manager at the money changer, which was said to have handled HK$170 million in transactions. 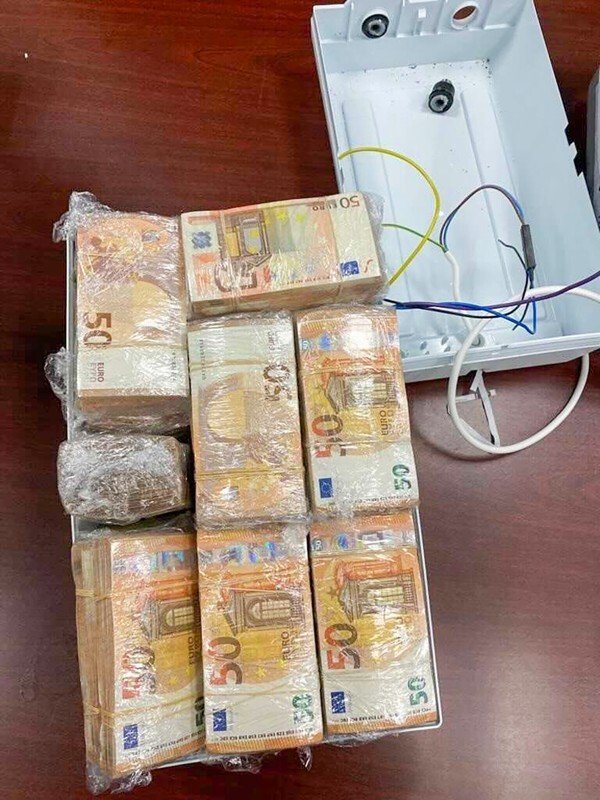 One of two caches of €500,000 found stuffed inside electric water heaters arriving from Germany last year.

Officials last year also detected two cases of cash being smuggled into the city by air and land. In the most recent case, in August, officers found two separate caches of €500,000 (HK$4.8 million) hidden inside two electric water heaters arriving from Germany. At the Lok Ma Chau border checkpoint last February, customs found €250,000 inside a parcel declared to be food, resulting in two arrests.

“Syndicates in some places still urgently needed cash, but smuggling by people has been very difficult during the pandemic,” Tang said.

“After being sneaked into the city, the cash could then be spent on buying properties or transferred to other accounts through money services operators in Hong Kong.”

To better combat money-laundering activities, the financial investigation group increased its manpower by 76 per cent over the past seven years to 88 employees, and doubled the size of its treasury forensic team. The new resources enabled the group to look into the financial aspects of crimes detected by other officers, such as meat smuggling, to see if money laundering or a bigger syndicate was involved.

Since 1991, Hong Kong has been a member of the Financial Action Task Force (FATF), an inter-governmental body that sets global standards for measures aimed at combating money laundering and financing terrorism.

The FATF’s latest assessment, released in the autumn of 2019, said that while Hong Kong was doing well, the city needed to step up the prosecution of money laundering relating to crimes committed abroad, and strengthen its supervision of certain non-financial businesses.

In Hong Kong, money laundering carries a maximum penalty of 14 years in prison, and a HK$5 million fine.