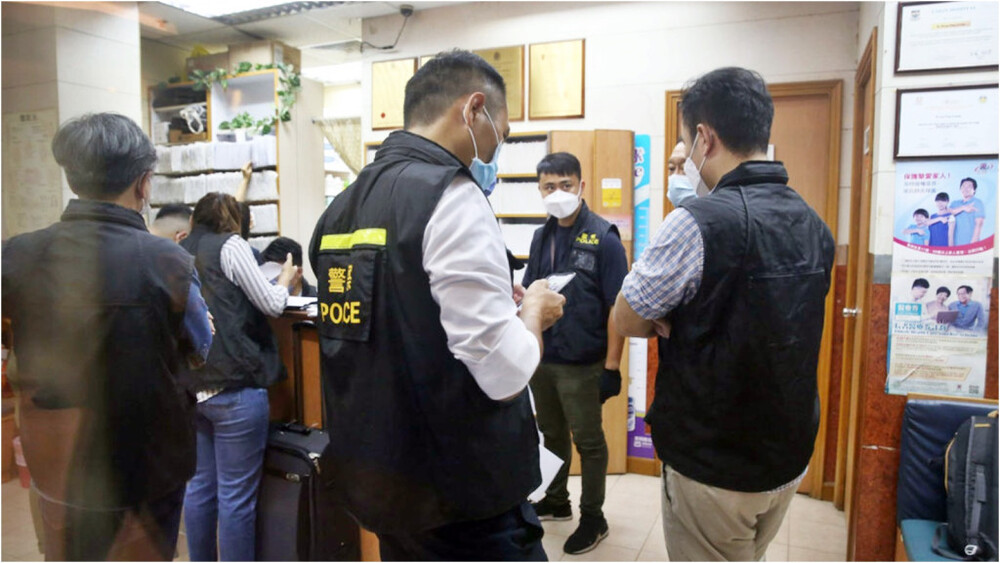 The police force have vowed to crack down on fraudulent medical certificates for exemptions from Covid-19 vaccinations after arresting five doctors suspected of giving out such notes.
In total, the five practitioners, who work at clinics in different parts of the city, signed off on more than 25,000 vaccine exemptions this year, according to police. Authorities have also detained 22 people who are suspected to have sought fraudulent documents.

Anyone convicted of conspiracy to defraud could face as long as 14 years in prison, according to the force.

Chief Secretary Eric Chan Kwok-ki vowed in a Facebook post on Thursday that the crackdown will be severe.

The “indiscriminate distribution of vaccine-exemption papers is undoubtedly contributing to the spread of the virus in the community, endangering the health of the people, and indirectly hindering the return of Hong Kong’s economy to normal,” he wrote.

Since February, most people in Hong Kong -- except those who have a medical exemption -- must be vaccinated in order to gain entry to a raft of premises including bars and restaurants as part of efforts to boost inoculation rates.

Some of the arrested doctors charged thousands of Hong Kong dollars for a certificate, while police say one wrote 3,000 in a month at their busiest.

While many countries have ditched the venue check-in system, Hong Kong is likely to stick to the measure as it moves toward further opening up to the world. The city’s Chief Executive John Lee Ka-chiu will announce an end to hotel quarantine at a press conference on Friday afternoon, according to people familiar with the matter.
#Facebook  #COVID-19  #vaccine  #Covid
Add Comment