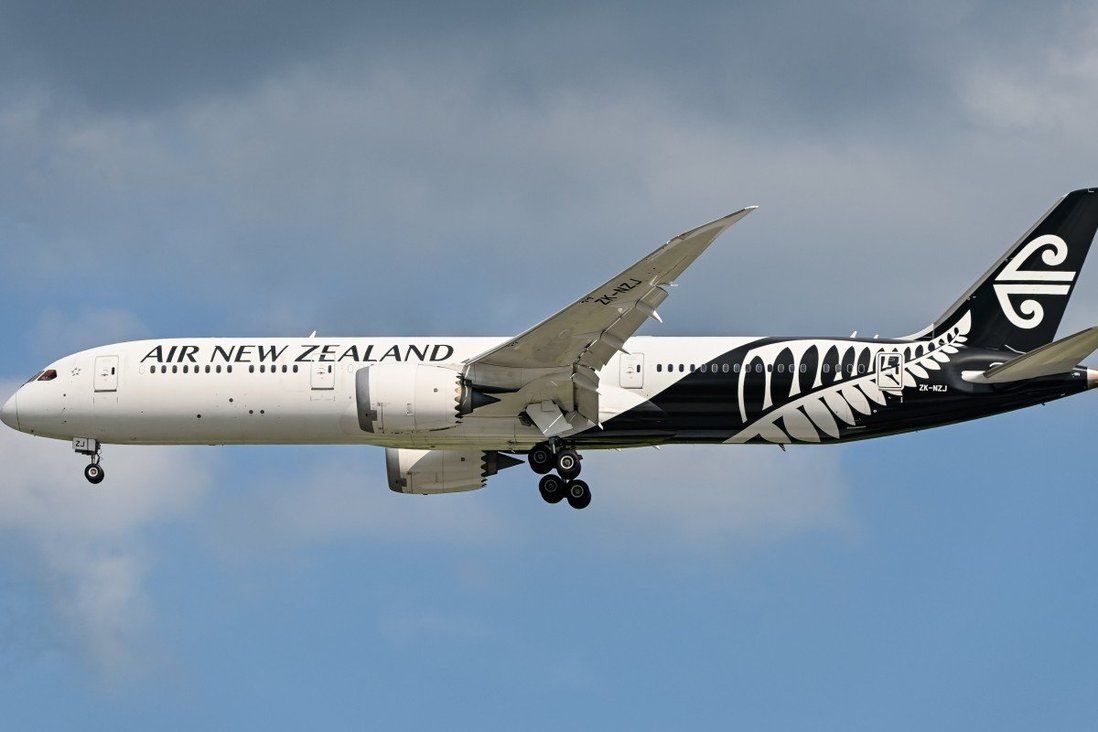 Flight NZ1082 left Christchurch for Guangzhou but was forced to divert to Hong Kong when the crack appeared.
An Air New Zealand cargo plane was forced to make an emergency landing in Hong Kong after its windscreen cracked mid-flight, but the crew members were refused permission to disembark due to Covid-19 rules, the head of the airline’s pilot union and a safety officer said on Friday.

The Boeing 787 plane left Christchurch for Guangzhou on Wednesday but was diverted to Hong Kong after the crack appeared, according to Air New Zealand chief operational integrity and safety officer David Morgan.

Due to the four layers of aircraft windscreen, there was no risk to the aircraft or anyone on board, he added.

New Zealand Air Line Pilots Association president Andrew Ridling called the situation the crew members aboard flight NZ1082 faced on Thursday “challenging” and said the employees remained on board because they had not completed the Covid-19 testing required to enter Hong Kong.

“It is concerning in that the crew had no ability to rest in Hong Kong after an already arduous 12-hour duty. They were not able to enter the country,” he said, adding that New Zealand pilots were on a strict Covid-19 testing cycle monitored by the country’s health department.

The union, which represents 850 pilots, said that over the past two years none of its members had contracted Covid-19.

According to Hong Kong regulations, all non-local passenger flight crew members must test negative within 48 hours before leaving for Hong Kong and show proof, as well as a letter of certification, issued by the airline to the Department of Health when they arrive.

Ridling said the union’s main concern was for the crew members’ safety and he would be meeting Air New Zealand management to review the incident “and see what we will need to put in place if this is to happen again”.

Morgan said the aircraft was carrying more than 24 tonnes of cargo, most of which was perishable such as fresh cherries, stone fruit and seafood, for Lunar New Year festivities. The items were eventually sent out via a partner airline and the crew members arrived back home on Friday morning

“The aircraft is currently awaiting a replacement windscreen from Boeing in Singapore and will return to New Zealand once the repair is completed,” he said.

A spokeswoman for the Transport and Housing Bureau declined to comment on the incident but said: “For non-locally based aircrew arriving in Hong Kong, upon their fulfillment of the relevant requirements set out in the quarantine arrangements applicable to air crew, they must be subject to self-isolation at an airport hotel until their next flight duties departing from Hong Kong.”