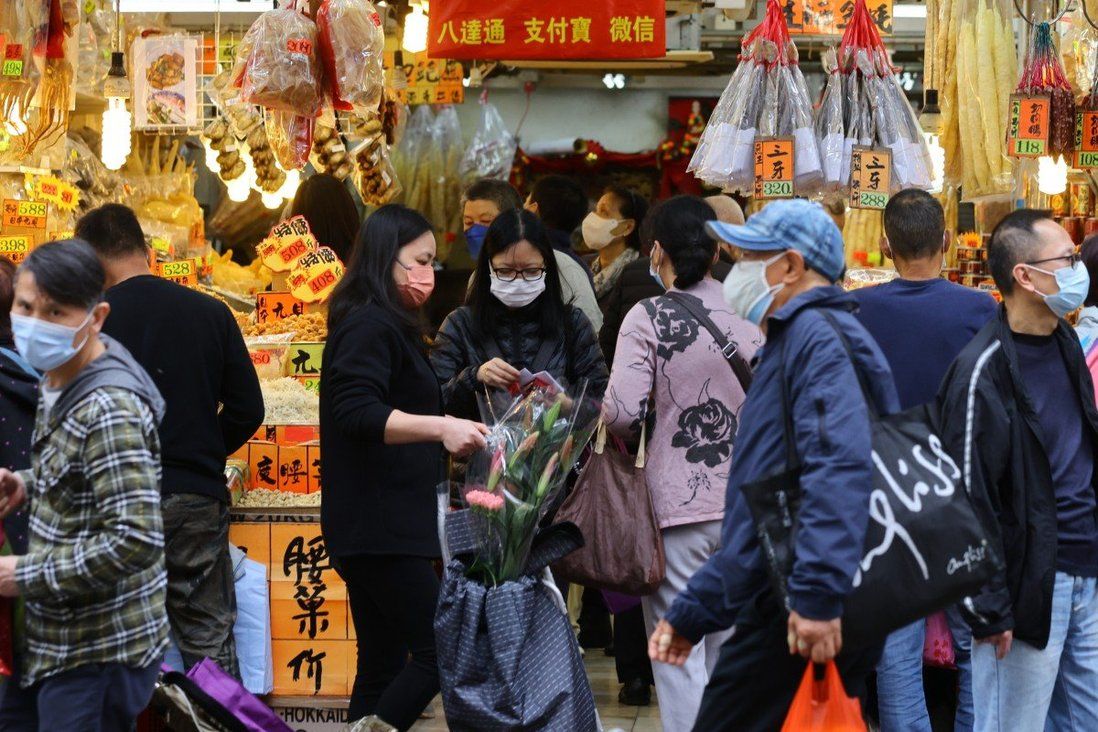 Hong Kong’s streets were awash with residents on Saturday buying food and flowers for the approaching Lunar New Year but Covid-19 social-distancing rules and higher prices put a damper on some of the festivities.

Tong said he and his wife used to travel to mainland China to celebrate Lunar New Year with his mother-in-law, but with the long quarantine periods now required for cross-border travel, the couple decided to instead prepare a simple family dinner at home with their son.

“At first we found it hard to cope, not getting to see our loved ones, but as time went by, we got used to it,” he said.

The government reimposed a series of strict social-distancing measures in the city earlier this month amid a local outbreak of the more transmissible Omicron variant. City leader Carrie Lam Cheng Yuet-ngor announced on Thursday that the measures, including a ban on dine-in services in restaurants after 6pm, would be extended until February 17, citing the risk of a massive Covid-19 outbreak in the community.

The extended tough measures meant that this year’s gathering dinners, normally held by many on Lunar New Year’s Eve, which falls on Monday, will all take place at home.

Simon Leung, 70, said he used to cook and prepare a large poon choi – a traditional Cantonese festival meal composed of layers of ingredients including shrimp, pork, mushroom and vegetables – with his family for the dinner on Lunar New Year’s Eve, but was discouraged to do so by this year’s surging food prices.

“The price hikes for food this year are insane,” said Leung, who works in a frozen product company, adding the price of vegetables went up by 20 to 30 per cent compared to previously.

He said he would spend about HK$100 on a poon choi from a restaurant this year instead, and cook other dishes for family members and relatives at home.

“Because of the pandemic, we will not spend a long time together on Lunar New Year’s Eve this year, but will just split after the dinner,” he said. 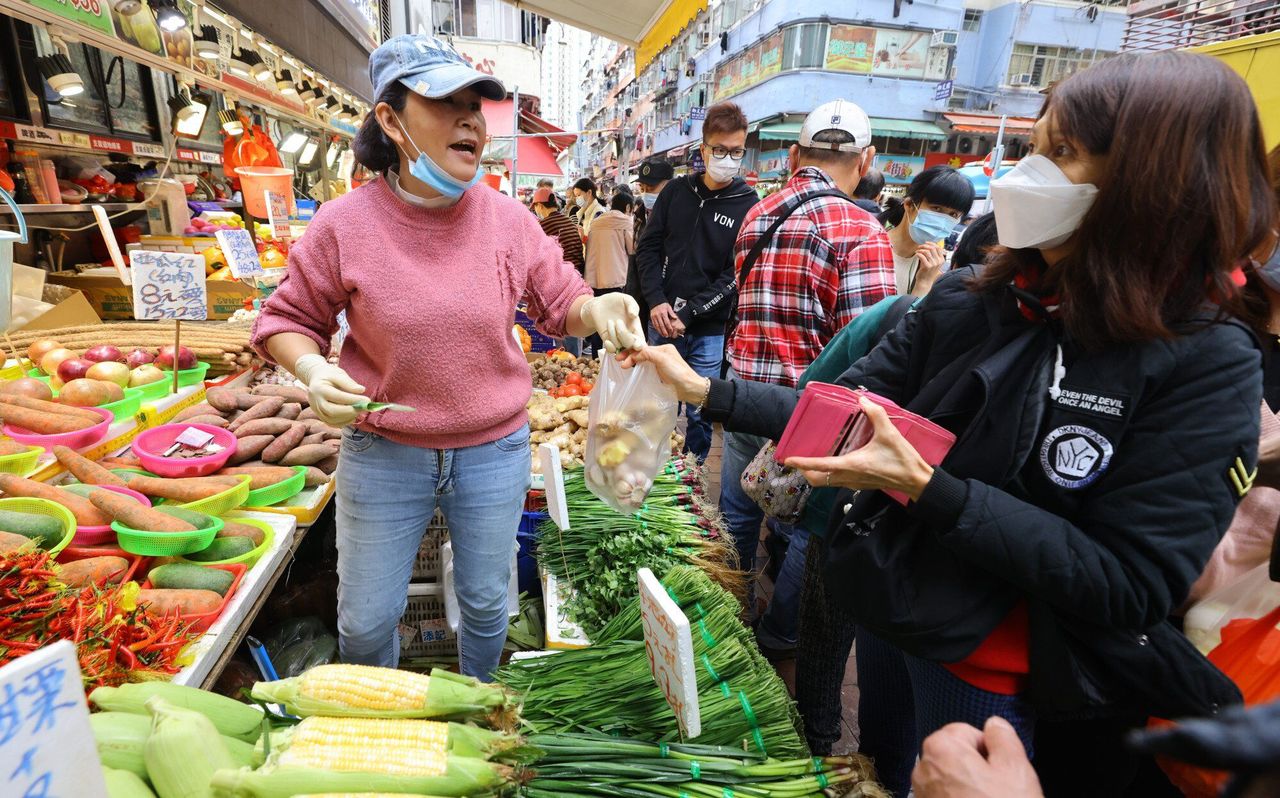 Residents say prices of items such as vegetables have gone up.

Hannah Chow, 53, said she already had a get-together dinner last week with her family and relatives as it was difficult to gather them all on the eve of Lunar New Year. Despite the rising food prices, she said she paid more to ensure there was a good spread of dishes for the dinner.

“I know things are much more costly these days, but the Lunar New Year only comes once a year,” she said. “I’m willing to pay more for things, so long as it makes for a better dinner gathering with the people I care about.”

Chow said she was worried about the worsening pandemic situation as she worked on the front line in a hospital. Her relatives left for home soon after the dinner last week for fear of getting infected.

A pork shop in Aberdeen offering a 12 per cent discount on its products saw customers flocking to the store on Saturday morning. Pork belly, for example, was sold at HK$58 a catty, while pork feet went for HK$56 a catty.

A shop employee, who asked to be identified as Ah Kit, said business had been good recently as residents in the area snapped up pork belly for the festive season.

“Pork belly is a must-have for Lunar New Year dinners,” he said. “Times are tough, so we offered discounts for customers.”

Hong Kong’s overall inflation jumped 2.4 per cent in December year on year – the highest in six months, and mainly driven by food costs.

The Hong Kong garrison of the People’s Liberation Army issued a Lunar New Year message to residents, wishing them happiness after a challenging year battling the pandemic.