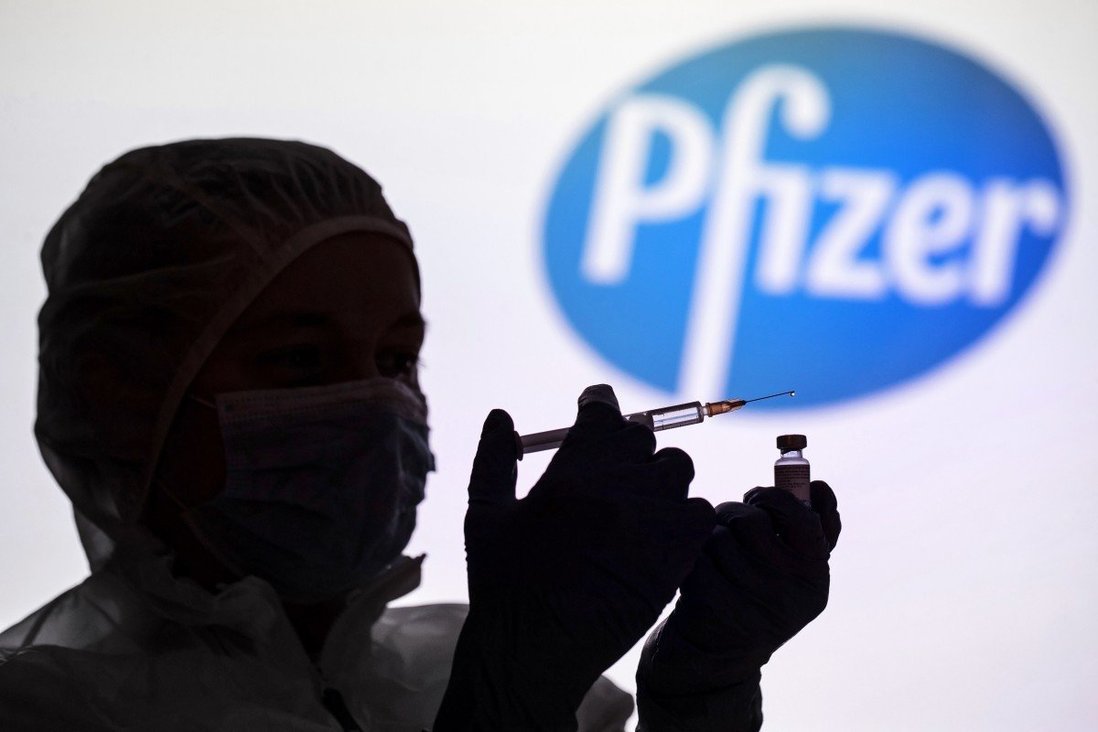 A government advisory panel has recommended the approval of the Pfizer-BioNTech Covid-19 vaccine for emergency use in Hong Kong, although it said a “circuit-breaking” mechanism could stop a mass inoculation campaign from being rolled out amid heightened concerns over serious side effects from the jab.

The panel of experts meeting on Monday took three hours to give their unanimous backing to the vaccine developed by the American pharmaceutical giant Pfizer and German company BioNTech, paving the way for the jabs scheme after Lunar New Year. The recommendation will now go before the health secretary for a final decision.

The 12-member Advisory Panel on Covid-19 Vaccines pored over thousands of pages of trial data and other material to offer their verdict on the efficacy and safety of the jab.

Its convenor, Professor Wallace Lau Chak-sing, said the panel decided to recommend use of the vaccine after concluding the benefits outweighed the risks, considering all the information provided.

“After discussing it thoroughly at the meeting, all 12 members of the panel have decided to recommend the approval of the use of the vaccine,” Lau told a press conference.

Phase three trials showed the vaccine achieved an efficacy rate of about 95 per cent for recipients over the age of 16, but recent reports of serious side effects had raised concerns.

Lau said the panel would seek more information from Fosun Pharmaceutical – the mainland China partner of BioNTech – and regulatory agencies in Norway, where at least 29 elderly recipients of the jab died.

“According to the information we have got, in Norway, up to 42,000 have actually received the vaccine,” Lau said, adding that of the 29 deaths, “13 have been suggested to be probably related to the vaccine”.

He said the panel still needed more data from Fosun on the causes of death of the 13.

“We understand they were all elderly, they all had multiple different medical conditions,” he said.

“We need to know whether their deaths were actually related to their underlying problems or to the vaccine.”

Citing Pfizer-BioNTech’s data, Lau said on average only 11.1 people per 1 million had a serious allergic reaction. He said more data would also be sought from Germany, where 10 people had died out of 800,000 recipients.

Addressing reports of recipients developing Bell’s palsy, a temporary facial paralysis, Lam said the condition could be treated with steroids.

Panel member Professor David Hui Shu-cheong added the condition usually affected one in every 100,000 people and just one country had reported a higher than normal rate post-inoculation.

Asked why the panel did not wait for extra data on mortality rates overseas, Lau said only that the experts would continue to look into side effects elsewhere.

Lau also did not detail the circumstances under which the panel would recommend the government halt use of the vaccines.

“I think it will be very difficult to say here what are the clear definitions [when we will recommend the Food and Health Bureau stop use of the vaccine],” he said.

“It really depends on the overall benefits of this vaccine to the population of Hong Kong and the possible side effects that we will encounter later on.”

The panel is made up of public health, infectious disease, immunology, drug regulation and clinical care experts.

Lau is a former president of the Hong Kong Academy of Medicine and chair of rheumatology and clinical immunology at the University of Hong Kong. 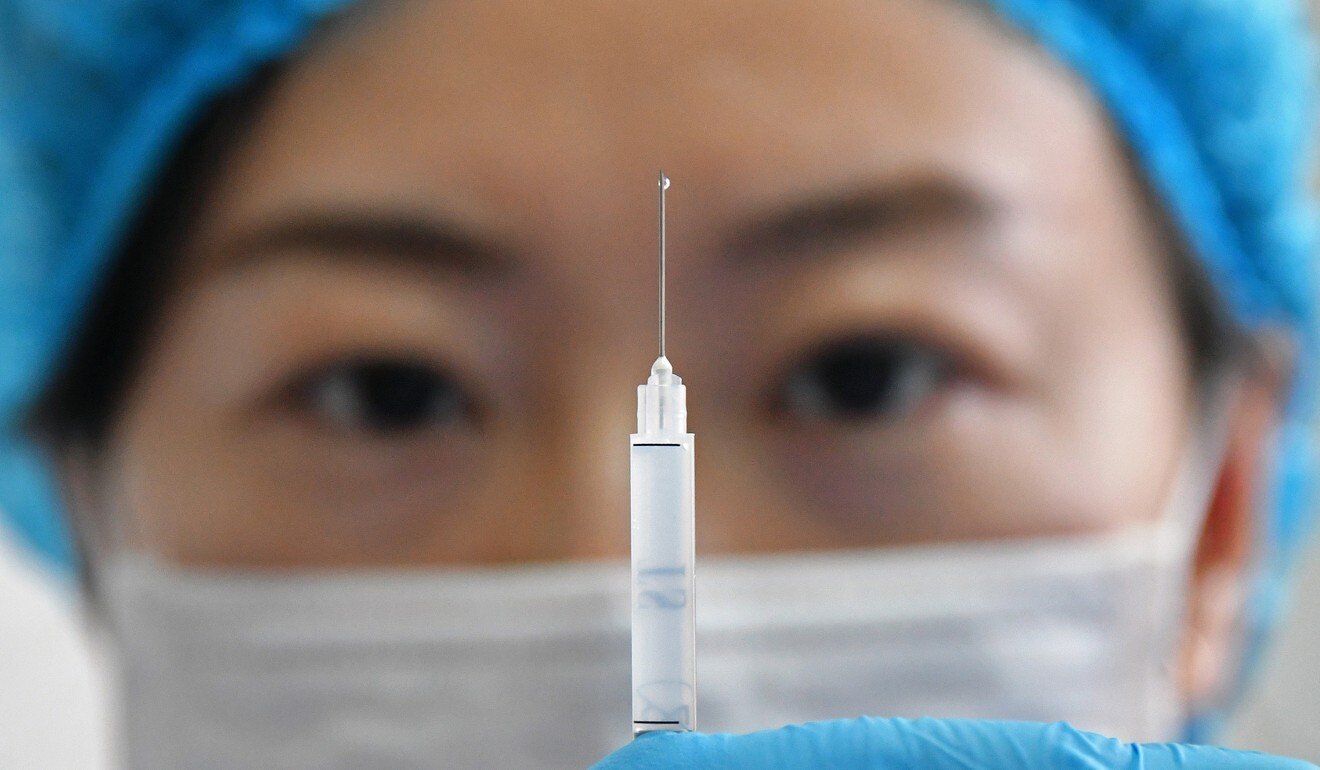 Two infectious disease experts, Dr Leung Chi-chiu and Dr Joseph Tsang Kay-yan, who are not on the panel, agreed with the decision, saying it was needed to get the roll-out moving, as the remaining approval procedures could still take time.

Leung believed that if the panel had failed to reach a decision, Pfizer-BioNTech could have delayed the delivery of the vaccine, as the companies had already held up supplies to some European countries.

He added recent reports did not show significant side effects of the vaccine in younger recipients, so the government could still tweak the inoculation order and protect vulnerable elderly residents if necessary.

A government spokesman welcomed the panel’s recommendation, and said the secretary for food and health would reach her decision as soon as possible.

The Post reported last week that the Pfizer-BioNTech vaccine was the first to apply for an emergency roll-out in Hong Kong, submitting its application in early January.

Hong Kong has reached purchase agreements for three vaccines, procuring 7.5 million doses of each. Aside from the Pfizer-BioNTech jabs, supplied by Fosun Pharma, the city has also procured Beijing-based Sinovac’s vaccine and one jointly developed by British-Swedish pharmaceutical firm AstraZeneca and Oxford University.

The city aims to roll out the inoculation programme after the Lunar New Year holiday in mid-February, with priority given to high-risk groups such as the elderly and health care workers.

Originally, Sinovac’s doses were expected to arrive in the city this month, followed by Pfizer-BioNTech shots in the first quarter and the AstraZeneca vaccine in the middle of the year.