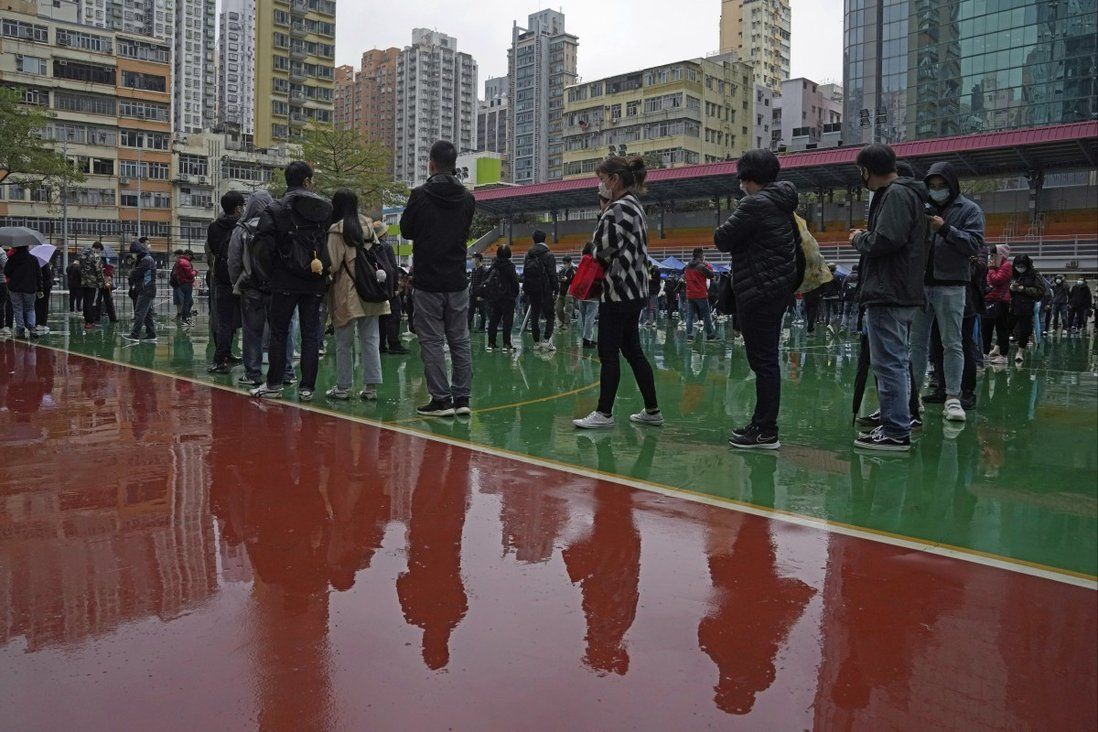 Zhuhai government hands out first reward of 100,000 yuan after arresting 10 others from Hong Kong who had taken illegal boat rides into city.

Authorities and the public in southern China have been on high alert since two people from Hong Kong who crossed the border illegally were arrested after testing positive for Covid-19.

Multiple cities in Guangdong have issued official notices since then, offering large sums as reward for tip-offs about similar illegal entrants or “stowaways”.

Extensive contact-tracing protocols have also been launched, calling on anyone who may have crossed paths with the Hong Kong pair to get tested.

The duo had taken an illegal boat ride in the early hours of Monday into Zhuhai, in Hong Kong’s neighbouring Guangdong province. They then drove northwards to Chenzhou city in Hunan province, where their mandatory nucleic acid tests turned out to be positive and set officials on their trail.

On Wednesday, the Zhuhai government handed out its first reward of 100,000 yuan (US$15,778), after arresting 10 others from Hong Kong who had taken illegal boat rides into the city the previous night, the Zhuhai Special Zone Daily reported.

The cities of Jiangmen, Huizhou and Dongguan are also offering rewards of up to 10,000 yuan per tip-off.

“This [bounty] is a rare gesture,” Guo Zhongxiao, a Shenzhen-based former magazine editor and commentator, said. “Usually, when there’s not much harm to society, they don’t use rewards for such tip-offs from the public.”

The uptick in illegal border crossings comes as daily coronavirus cases in Hong Kong continue to soar, crossing 6,000 on Thursday with worse feared to be in store. For more than a week, returnees to neighbouring Shenzhen have packed border control points, with mainland quarantine hotels booked out.

By comparison, total cases across the mainland were below 100 as of Wednesday, with more than half of those imported.

The impact of Hong Kong’s worsening outbreak is being felt in Shenzhen as well. Of eight local cases announced on Thursday, six were quarantine hotel staff.

Shenzhen residents are also on high alert. Jinni, a nurse at a public hospital, said she was concerned about Hong Kong people flooding in.

“Guangdong has already sent teams to Hong Kong to offer aid, why can’t we close the borders to prevent cases from spreading?” she said.

She said the quarantine hotels were barely enough for locals, and was worried that they would hit capacity with all the new arrivals.

“I’m even afraid to go to shopping malls now, afraid that I might cross paths with a carrier and be forced to quarantine,” she said.

Meanwhile, the first batch of mainland Chinese supplies to support Hong Kong’s fight against the surge in Covid-19 cases arrived on Thursday, a day after President Xi Jinping asked officials to speed up their efforts to support the stricken city on this.