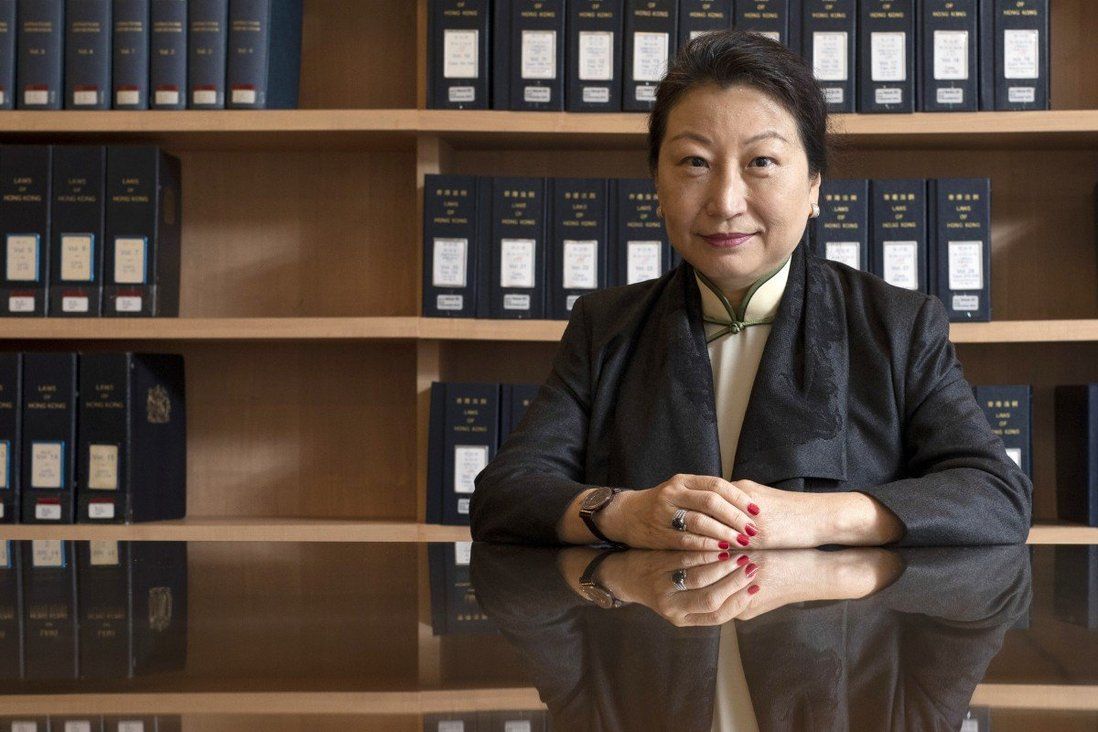 Neither the local nor central government has done anything so far to interfere with judicial independence in Hong Kong, the city’s justice minister has asserted, in the face of pressure on foreign judges to quit the system over concerns about the national security law.

The Basic Law provided a solid framework for courts to operate freely and without interference, Secretary for Justice Teresa Cheng Yeuk-wah said on Friday after The Times published a commentary by a leading British jurist who serves as one of 14 non-permanent judges in Hong Kong.

Sumption made clear he intended to continue serving in the Court of Final Appeal and would not bow to demands by British lawmakers for Western judges to resign following the adoption of the security law in June. 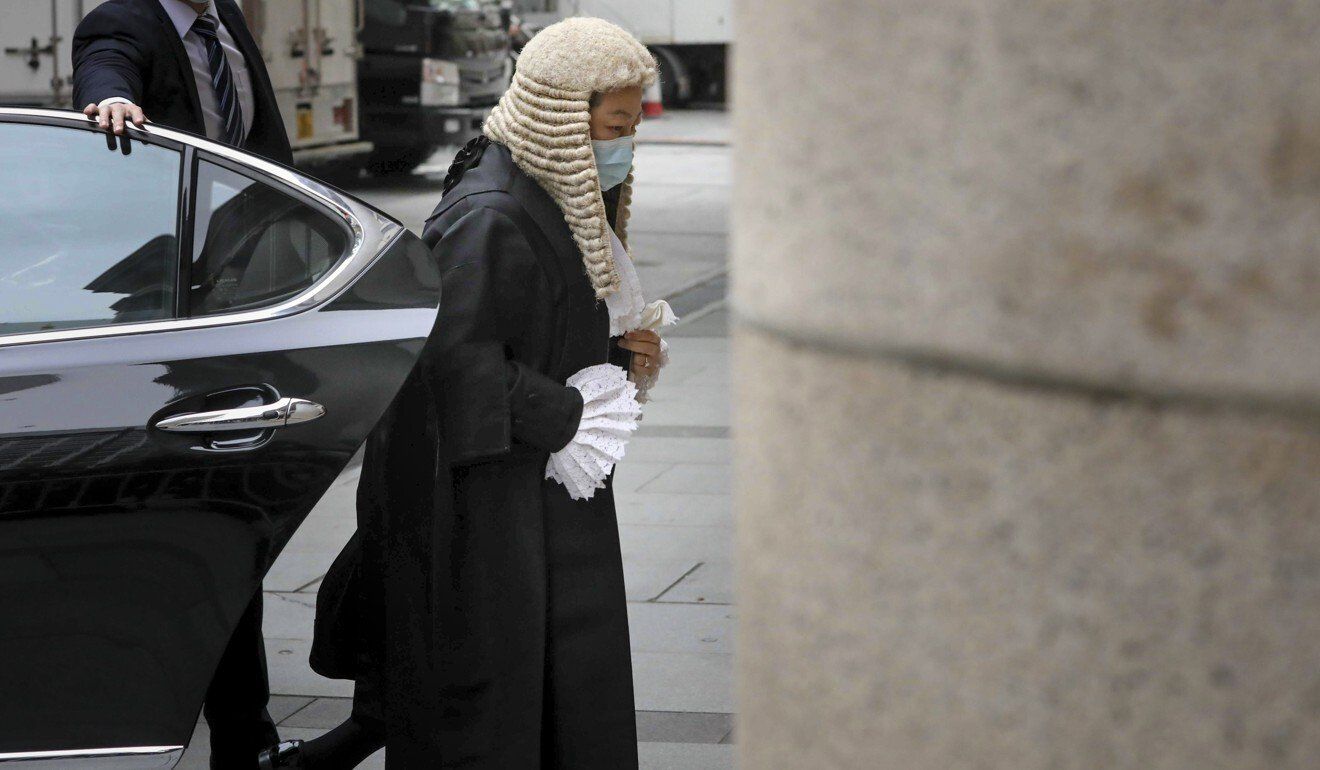 Secretary for Justice Teresa Cheng notes that the oath taken by all judges requires them to safeguard the law and administer justice.

British political group and media were fanning the flames of the row, he argued.

“These calls [of withdrawal] have intensified since the changes to the electoral system introduced by the Chinese National People’s Congress last week,” he said. “The Labour Party and The Times have joined the hue and cry.”

The newspaper published an article in July featuring interviews with senior legal figures who said British judges could be forced to quit if they failed to condemn China’s “repressive” security law. More recently, The Times published an article headlined “You should quit Hong Kong’s top court now, UK judges are told”, with comments from wanted activist Nathan Law Kwun-chung and Lisa Nandy, the shadow foreign secretary.

Justice James Spigelman, from Australia, stepped down from the court in September, citing concerns over the new law, which targets acts of secession, subversion, terrorism and collusion with foreign forces. British Queen’s Counsel David Perry then quit in January as lead prosecutor in the trial of media tycoon Jimmy Lai Chee-ying and eight others over their alleged roles in an anti-government rally in 2019.

British foreign secretary Dominic Raab had accused Perry of handing Beijing a public relations victory by agreeing to take part in the trial, which is unrelated to the new law. Raab said he would consult Robert Reed, the president of Britain’s Supreme Court and also one of the 14 jurists, on whether British judges should continue to act as non-permanent judges in Hong Kong. The issue was brought to debate this week after MPs raised their “concerns” to Reed in a regular meeting. 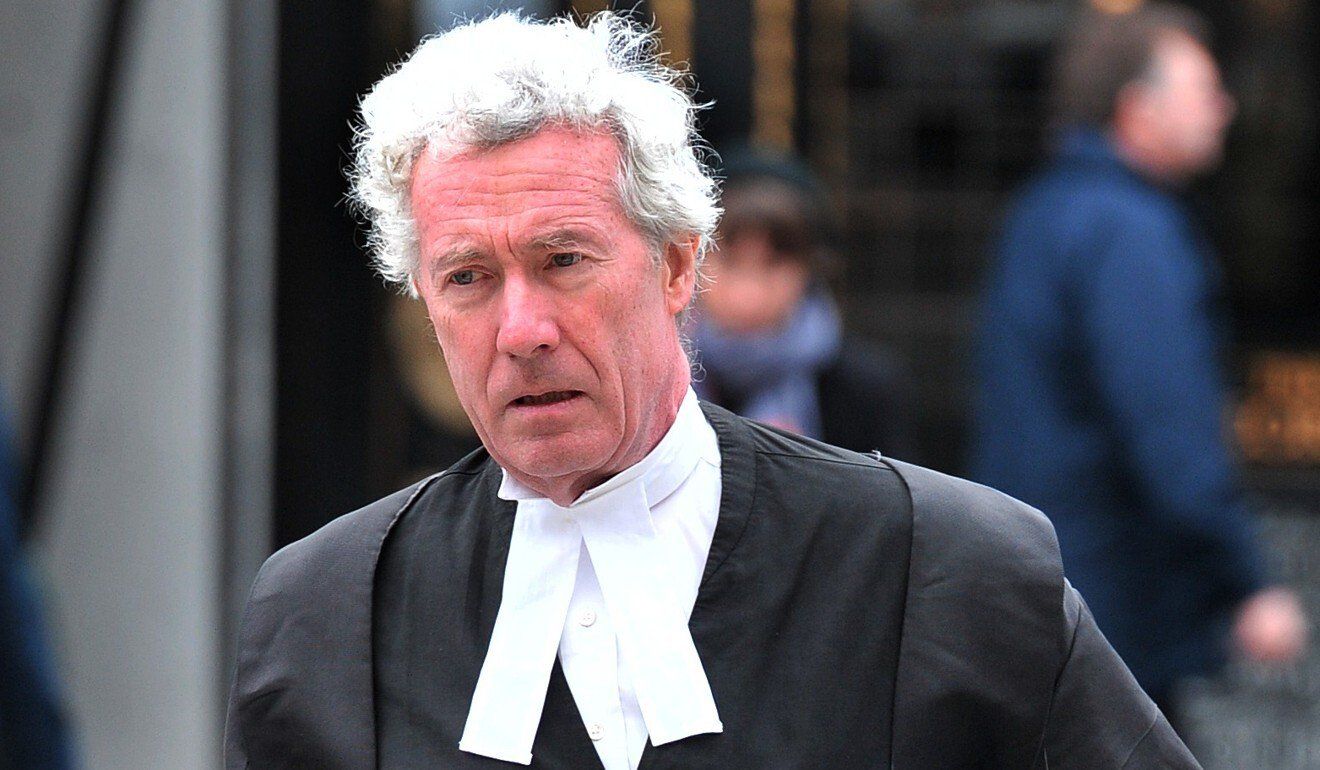 But Sumption argued such calls were unrelated to judicial independence or the rule of law. Rather, they were an attempt to press British judges to “participate in a political boycott designed to put pressure on the Chinese government to change its position on democracy”, he said.

“The national security law has split opinion in Hong Kong down the middle,” Sumption, who formerly served as a judge for the British Supreme Court, wrote in the commentary published on Thursday. “But it contains express guarantees of human rights, including freedom of the press and the right of protest. The panels of judges authorised to hear cases under it have been drawn up on a non-contentious basis in consultation with the chief justice. The best guarantee that [these provisions] will be respected is an independent judiciary. The least that Britain can do now is to avoid undermining it.”

Cheng said she supported Sumption’s remarks that the “permanent judiciary of Hong Kong is completely committed to judicial independence and the rule of law”, and “[the] Chinese and Hong Kong governments have so far done nothing to interfere with the independence of the judiciary”.

Cheng added that the oath taken by all judges required them to safeguard the law and administer justice, without fear or favour, and also adjudicate cases independently and impartially.

Reed told the British parliament on Wednesday he would consider quitting the Court of Final Appeal “if there’s any undermining of the independence of the Hong Kong judiciary or if it’s expected to act contrary to rule of law, or it’s simply the situation in Hong Kong became one where we could no longer in good conscience serve there”.

Legal scholars in Hong Kong said having foreign judges on local courts promoted confidence in the judicial system at a time of political turmoil, although some added they understood why jurists might want to stop serving a jurisdiction undergoing fundamental changes.

The participation of overseas judges was laid down in the Basic Law and the treaty that Chinese and British leaders signed in 1984 covering sovereign and administrative matters for Hong Kong after the colony was handed back to Beijing. Professor Albert Chen Hung-yee, a member of the Basic Law Committee, said the original aim of the arrangement was to ensure the city’s legal development kept pace with other common law jurisdictions, which would bolster confidence in the system both at home and abroad.

“The continued presence of overseas judges in the Court of Final Appeal is consistent with this original intent,” said Chen, who teaches constitutional law at the University of Hong Kong (HKU).

National security cases made up only a fraction of court cases, he noted, arguing that even its critics could still recognise that adjudicating other cases according to best international practice served the interests of Hong Kong and the global community.

Michael Davis, a former HKU law professor, said picking only local judges to hear national security cases might undermine confidence in the courts and using jurists from overseas could help remedy the problem.

Davis said he understood some judges might choose to resign “to indicate a clear objection to the threat to human rights under the national security law”, but others might want to stay and resist the application of legal principles that offended such rights. “It is absolutely important to continue to have foreign judges in Hong Kong,” he said.

HKU Associate Law Dean Simon Young Ngai-man said the city’s top court had functioned efficiently and smoothly in both good times and bad because of its distinguished jurists.

“There is no other court in the world like ours,” he said. “There is considerable public confidence in the court, even after the national security law. But all of this could change if the overseas judge were to make an exit.

“All courts in the world from time to time need to consider difficult legislation that impinges on fundamental rights. The common law provides the necessary tools to think objectively and rationally about such laws so that they can be applied in a fair and reasonable manner in a free society.”

Philip Dykes, former chairman of the Bar Association, predicted the service of British judges on the Court of Final Appeal would continue to generate controversy while London considered Beijing to be in breach of the joint declaration.

“However, all judges are bound by the current judicial oath which requires them to serve ‘conscientiously, dutifully … and administer justice without fear or favour, self-interest or deceit’,” he said. “Foreign judges will abide by that oath until such time as they believe that they cannot honour it. They will not be influenced by the ‘noise’ of media commentary.”

Former director of public prosecutions Grenville Cross agreed the presence of highly experienced judges from other jurisdictions in the Court of Final Appeal was deeply beneficial for Hong Kong. He suggested that if some were no longer available, local judges from the list of non-permanent ones could take their place.

The security law highlighted a commitment to human rights, which included the rights of criminal suspects, he noted.

“These fair-trial guarantees are, therefore, unequivocal, and indicate that no judge, whether local or from abroad, need have any qualms over trying national security law offences,” he said.