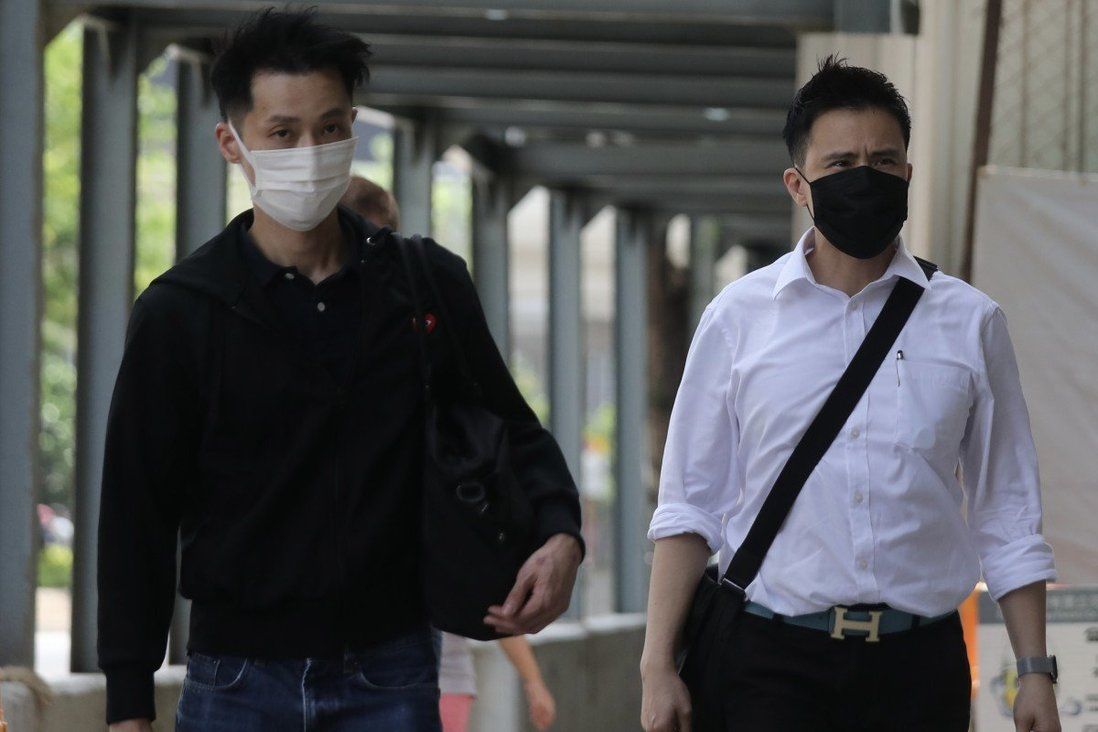 Principal Magistrate Ada Yim says former flight attendants’ admissions during mitigation ‘could amount to a defence’, calls for case to go to trial.
A court has refused to accept the guilty pleas of two former Cathay Pacific flight attendants after finding their explanations for violating quarantine rules at the outset of Hong Kong’s fifth Covid-19 wave amounted to a common law defence.

Wong Yoon-loong and Nilsson Lau Kok-wang returned to Eastern Court on Friday to answer a total of three counts of failing to observe the conditions specified by a health officer.

The former employees at Hong Kong’s flagship carrier were put under medical surveillance for three weeks upon returning from the United States during last year’s Christmas holiday period.

The pair were originally barred from leaving their residences unless they tested negative for Covid-19 on the third day of their arrival, but they allegedly left their homes for non-essential activities while infected with the highly transmissible Omicron variant.

Principal Magistrate Ada Yim Shun-yee originally convicted Wong and Lau of all charges following their admissions of guilt, but overturned her ruling after noting the pair had sought to exonerate themselves from wrongdoing during the initial mitigation.

Defence counsel James McGowan had said both defendants had mistakenly believed their actions were not prohibited under the medical surveillance notice issued by health authorities, adding the guidelines provided to them by Cathay were “unclear”.

“They, at the time of committing the offence, subjectively believed that what they were doing was allowed under the rules and exceptions. They accept that if you look at the rules objectively, they were not,” McGowan said.

But Yim said the pair’s admission implied they had considered their actions during their breaches of quarantine as “necessary activities” and, therefore, subject to exemption, contrary to their expressed intentions to shoulder responsibility.

“An honest and reasonable belief could amount to a defence. As such, I cannot accept the pleas of the defendants. This case will need to go to trial,” the magistrate said.

Wong and Lau will face a two-day trial, set to start on August 15, before a different magistrate.

Failure to observe medical surveillance conditions is punishable by up to six months imprisonment and a HK$5,000 (US$637) fine.
#COVID-19  #Covid
Add Comment