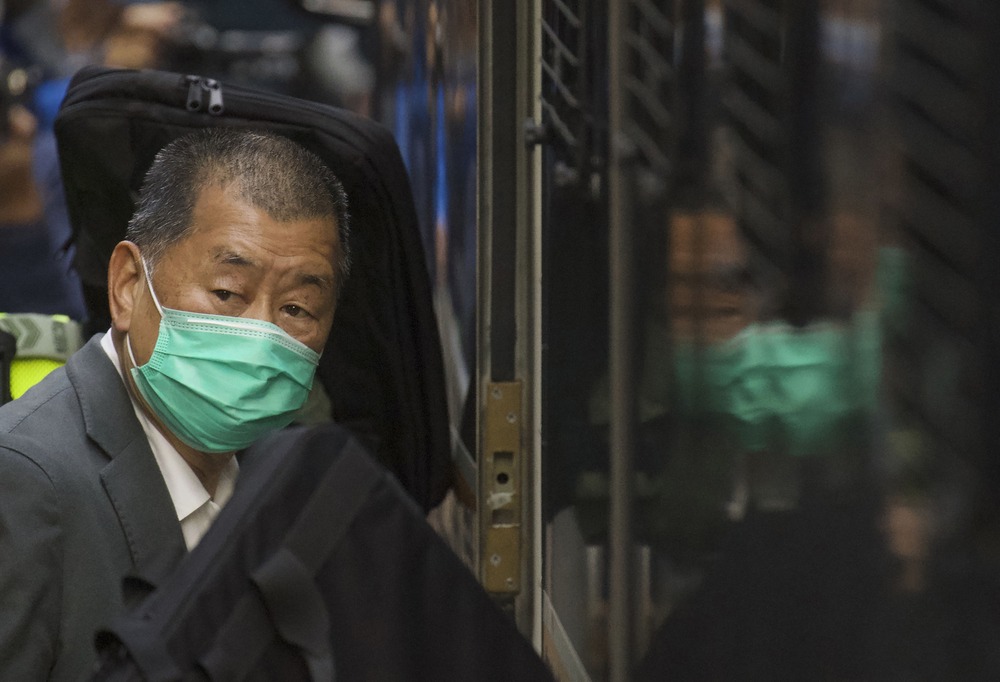 Hong Kong media tycoon Jimmy Lai was convicted on a fraud charge Tuesday, the latest in a slew of cases against the former owner of the now-shuttered pro-democracy newspaper Apple Daily.
Lai, 74, is already behind bars over his role in the huge democracy protests that swept Hong Kong three years ago.

He also faces an upcoming trial on national security charges where he faces up to life in prison.

Lai and two former Apple Daily executives, Wong Wai-keung and Chow Tat-kuen, were accused of breaching the terms of a lease they signed with a government company for Apple Daily office space.

Prosecutors said Lai allowed a consultancy firm that he operated for personal use to use that office space, which was rented for the purpose of publication and printing.

During the trial, Chow was a prosecution witness in exchange for exoneration.

District Court Judge Stanley Chan found Lai guilty on two counts of fraud, an offence that carries a maximum penalty of 14 years in jail. Wong was convicted on one count of fraud.

They will be sentenced on November 24.

Chan said the lease was a "special contract" and tenants must only use the property for specified, promised purposes as they enjoy discounted rentals.

This was the fifth conviction Hong Kong prosecutors have obtained against Lai in the last 18 months.
One of Hong Kong's best-known pro-democracy activists, Lai has long been openly loathed by Beijing.

For years, Apple Daily was scathing in its criticism of China's Communist Party and openly supportive of democracy.

It collapsed last year after its funds were frozen and many of its senior staff were charged alongside Lai under the sweeping national security law Beijing imposed on Hong Kong -- primarily over their campaign for international sanctions against China.