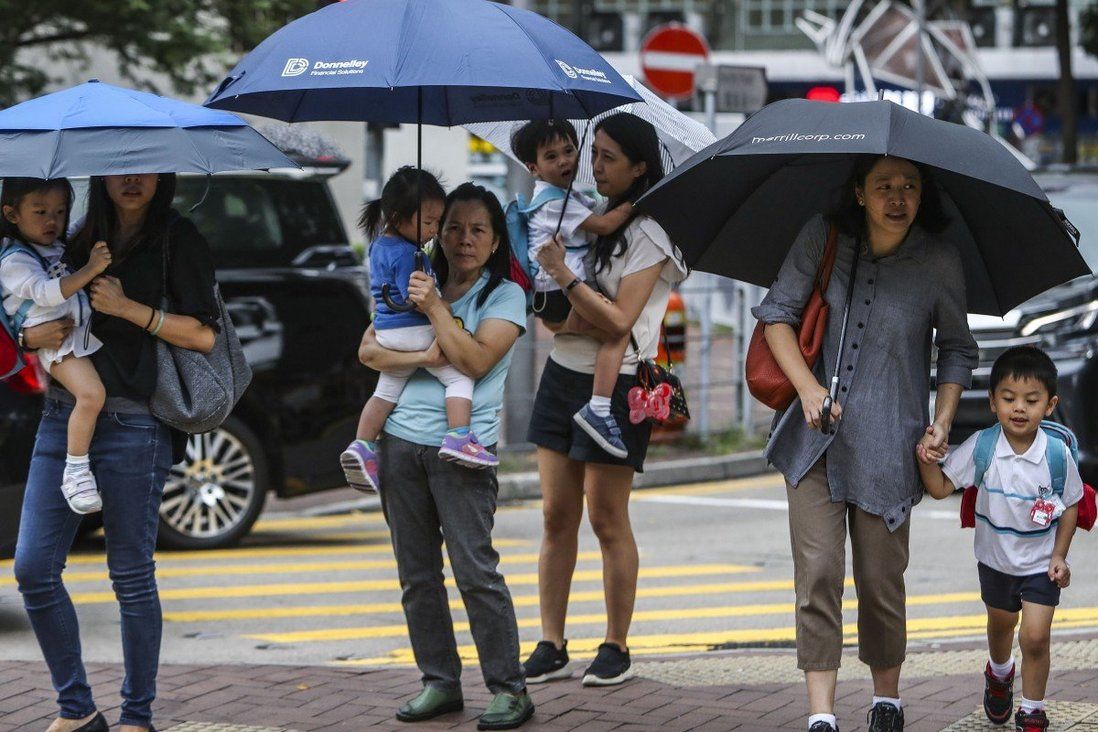 Couples who employ a foreign domestic worker after having their first baby are more likely to choose to have a second, and are able to devote less time to household chores and more to childcare than families without hired help, a Hong Kong research team has found.

Over the course of 17 months starting in October of 2018, Baptist University researchers spoke to more than 2,000 married couples, and conducted in-depth follow-up interviews with 25 of them between March 2019 and March 2020. Of the 2,003 couples interviewed, 26 per cent either employed, or had previously employed, foreign domestic helpers. 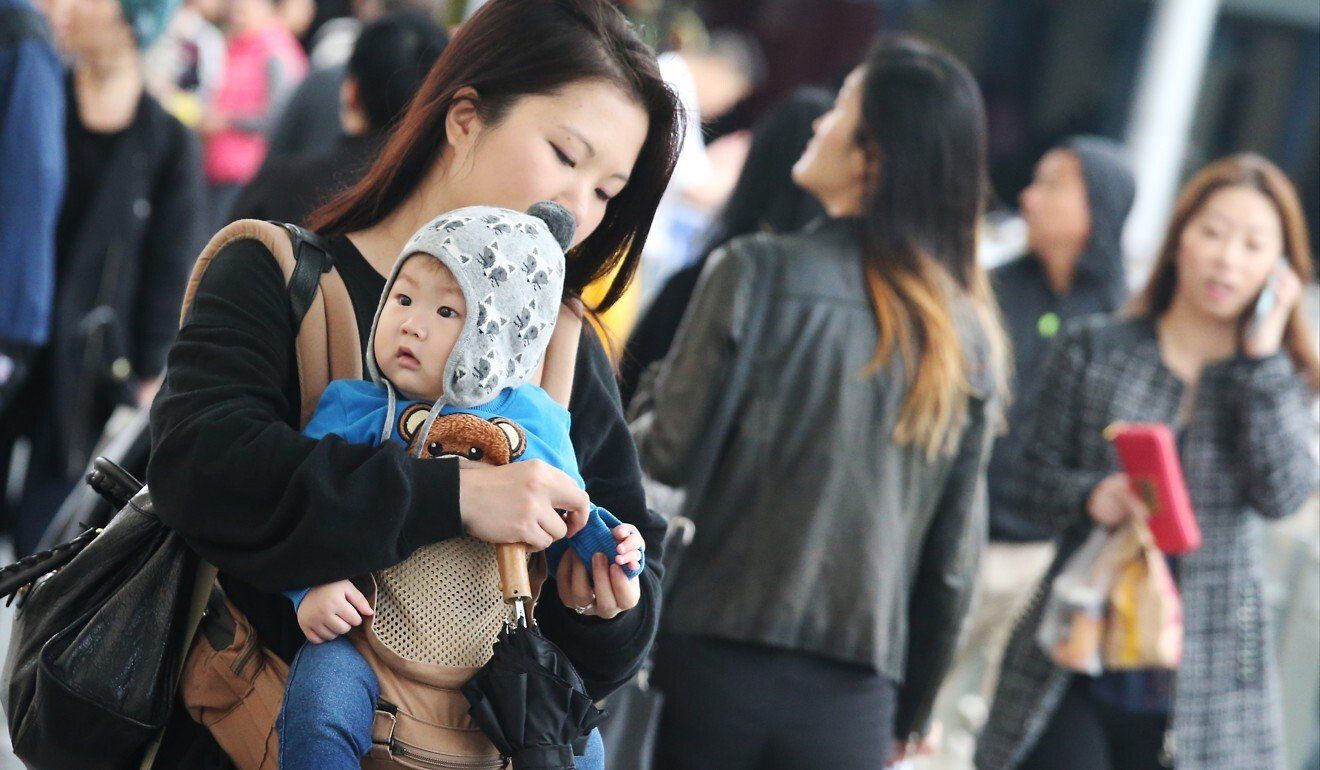 Hong Kong parents who employ domestic workers are more likely to have a second child than those without hired help.

Working fathers and mothers with hired help spent an average of 3.6 hours and 6.5 hours less per week, respectively, on household chores, researchers found. They were also able to devote an additional 2.9 hours and 3.4 hours, respectively, to childcare every week than their counterparts who did not have helpers.

“The survey reveals that the practice of hiring foreign domestic helpers has been widely adopted in Hong Kong in line with its substantial socioeconomic development. It also has a positive impact on Hong Kong families,” said Adam Cheung Ka-lok, an assistant professor with the university’s department of sociology, who led the study.

“It gives them the flexibility to consider having a second child, increases their satisfaction with housework, and thus daily family life, and it enables them to spend more time on parenting.”

On a scale of one to 10, with 10 being the best, families on average rated their satisfaction with their helpers a 6.16, which was rather high, Cheung said.

“Foreign domestic workers are also helping release mothers in Hong Kong to return to the workforce,” he noted.

A cohort analysis found that more married couples are choosing to hire domestic helpers than they did in the past. Only 5 per cent of those married in the 1980s hired helpers within the first five years, while 8 per cent did so within the first 10.

By the 2010s, those figures had ballooned to 20 per cent and 30 per cent, respectively.

The study also found that couples were employing foreign helpers for longer periods of time. In the 1980s, 38 per cent of couples stopped using domestic workers within five years, and 68 per cent let their helpers go within 10.

For those married in the 2010s, those figures dropped to 18 per cent and 32 per cent, respectively.

According to Cheung’s research, fewer than one in 20 local families hired foreign helpers in 1991. By 2001, that figure had grown to more than one in 10. Nearly 15 per cent of families were hiring domestic workers by 2011, with that share rising to almost 18 per cent in 2016. 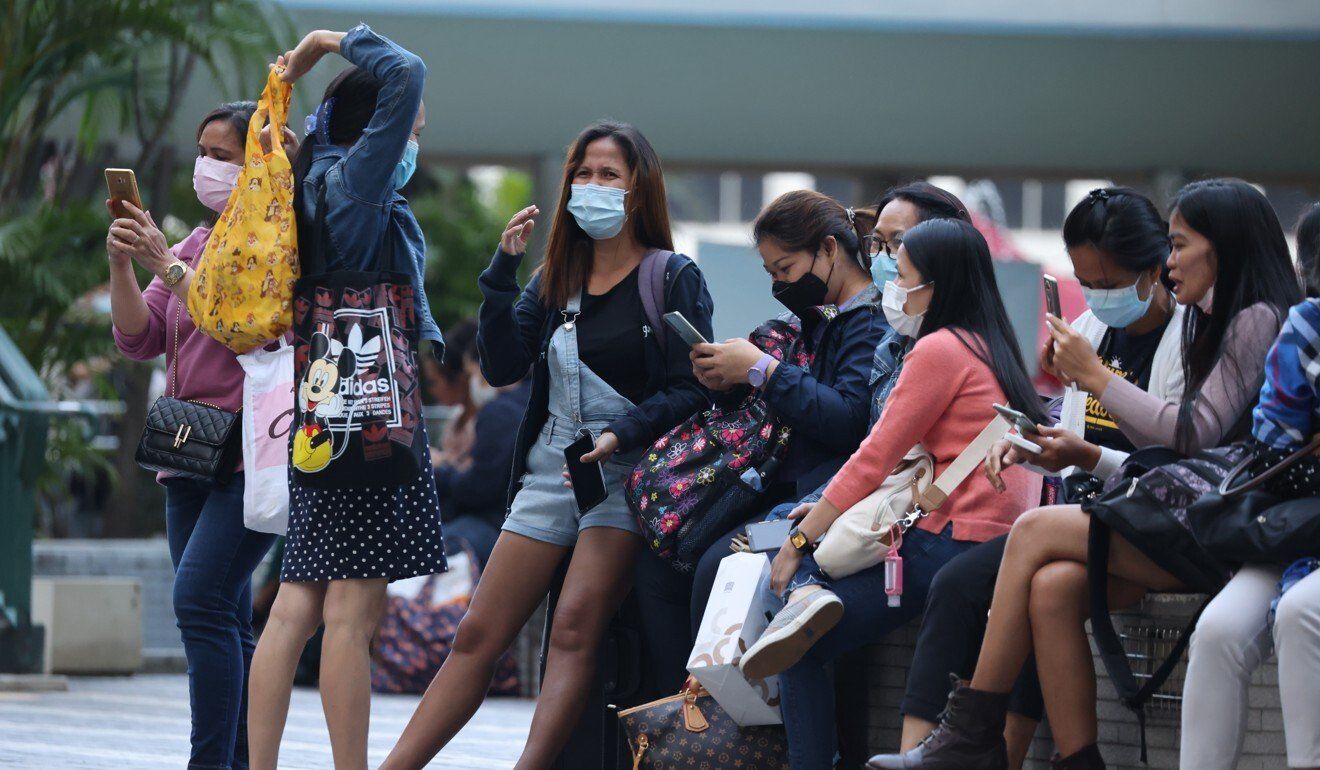 Foreign domestic helpers socialise on their day off in Central earlier this month.

“The practice of using foreign helpers is not restricted to the upper class or middle class. Lower-middle-class families do have the need to hire helpers to take care of the elderly members of the family, as well as the younger children,” Cheung said.

“More information about recruitment and how to handle employer-employee relations should be available.”

The government should also review existing rules requiring helpers to live in their employers’ homes, Cheung continued, noting that “many families in Hong Kong have difficulties in engaging helpers in this respect because of limited living space here”.

The close proximity could also put a strain on employer-employee relations, he added.

“The employers will not be happy if they see their helpers making private calls in the living room, but the problem is that the flat is too small and the helper cannot have his or her own private room.”