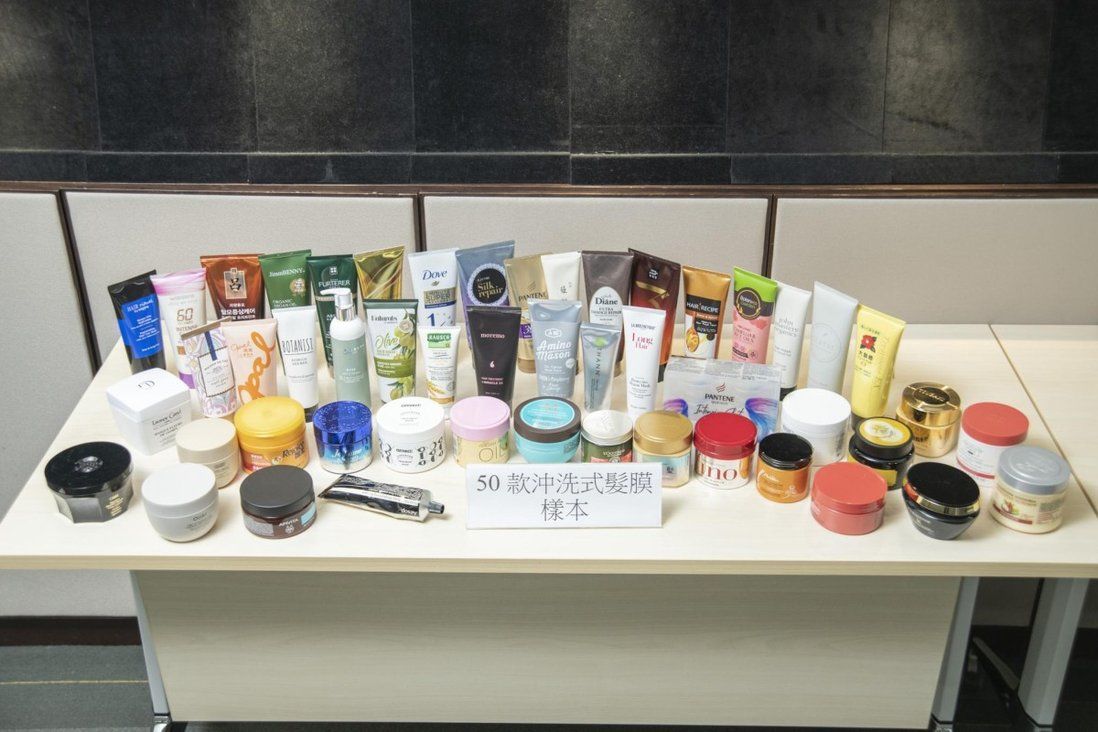 Consumer Council says users allergic to preservatives may experience an itchy scalp, which can result in hair loss.

More than 80 per cent of rinse-off hair masks contain allergens, while some have substances that could cause hair loss, according to a test by Hong Kong’s consumer watchdog.

Forty-two products among 50 masks that were tested had allergenic fragrances, with half of the 42 containing at least three to nine types of scents prone to causing irritation, the Consumer Council revealed on Monday, adding that the allergen levels in 11 samples were relatively high.

The council said legislation in the city did not prohibit the use of the two chemicals.

“Some fragrances that have a higher chance of causing allergic reactions should be labelled or banned,” said Gilly Wong Fung-han, the council’s chief executive.

Five samples tested by the watchdog contained highly allergenic preservatives, namely methylchloroisothiazolinone (CMIT) or CMIT with methylisothiazolinone. One product contained an allergen at an amount that was 1.1 times higher than the upper limit allowed under mainland China and EU rules and the chemical was not indicated on the ingredient list.

The council said consumers allergic to these preservatives could experience an itchy scalp.

“If the situation gets worse, it may result in [allergic contact dermatitis] and there is a possibility of hair loss,” Wong said.

Trace amounts of cyclotetrasiloxane (D4) were also found in five samples. The watchdog said animal studies had revealed the chemical could affect unborn fetuses and urged pregnant women to avoid the substance as a precautionary measure.

Five samples also contained environmental pollutant cyclosiloxane compound D5 at levels that exceeded the EU’s limit, which might threaten marine life in the long-run, according to the watchdog.

The Commerce and Economic Development Bureau told the Post on Monday that it would continue to monitor the development of safety requirements for consumer products and consider any appropriate updates to the current regulations.

It added that the Customs and Excise Department regularly conducted spot checks and safety tests on consumer goods to ensure they fulfilled general safety requirements.