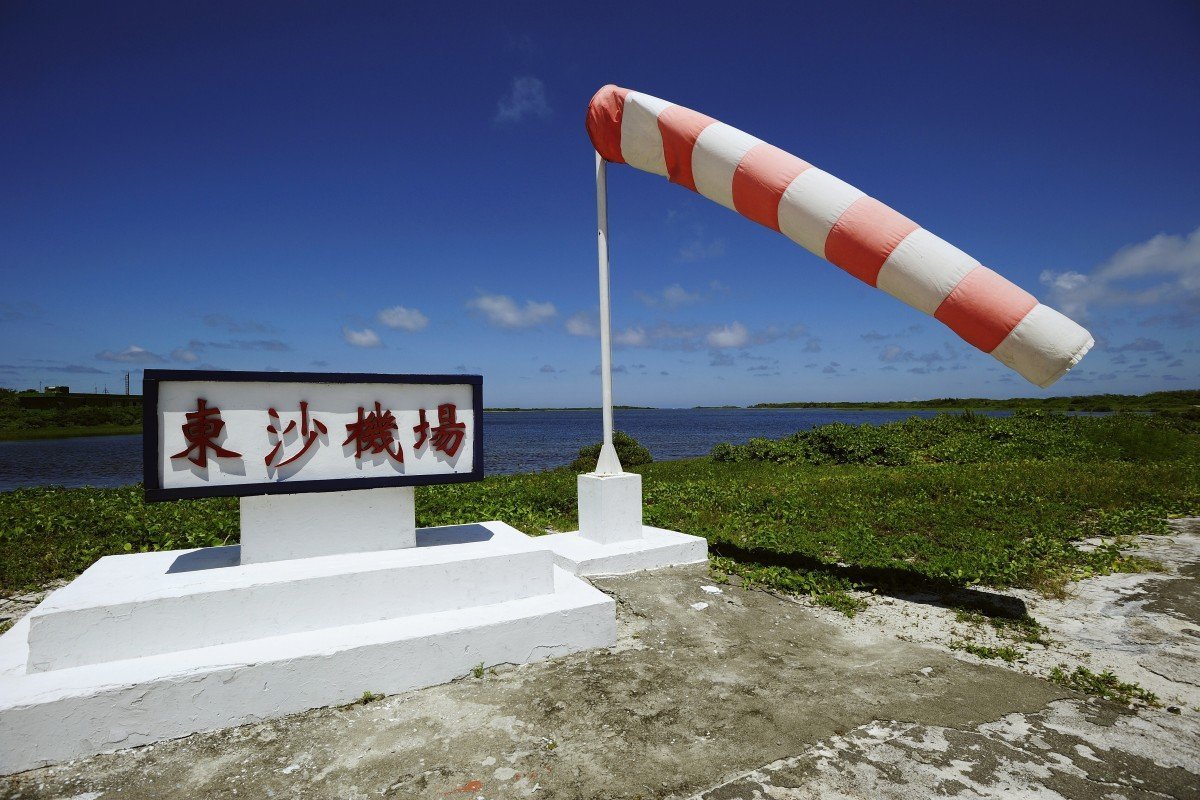 Taiwanese government releases full transcript of conversation between two sides in which Hong Kong says disputed territory inaccessible ‘until further notice’.
Hong Kong has blocked Taiwan from flying to the Pratas Islands in the South China Sea after placing the flight path in a danger zone “until further notice”, according to new information released by Taipei.

The self-ruled island’s civil aviation authority on Friday night released a full transcript of the conversation between both sides, as new details emerged surrounding Hong Kong’s role in denying a Taiwan military plane permission to fly to the disputed territory on Thursday.

The development further stretched regional tensions following an intensification of Chinese military activity near the land mass in recent weeks.

During Thursday’s conversation, personnel at Hong Kong’s Civil Aviation Department (CAD) told their counterparts in Taipei there were “dangerous activities” below 26,000 feet, forcing the UNI Air flight carrying military and coastguard members to turn around before entering the city’s airspace.

Before the transcript was published, the CAD said it had “nothing further to supplement” when asked what the dangerous activities were and when it became aware of them. It declined to comment when contacted again on Saturday.

The initial revelations of unspecified activities in the area prompted Taiwan’s defence minister, Yen Te-fa, to speak out on Friday.

He said there was Chinese military activity in the area, and called on Hong Kong to come clean.

Hong Kong has said that Taiwan abandoned the flight plan of its own accord, which the other side disputes, saying it was denied permission to continue its journey from the southern port city of Kaohsiung.

The CAD also said its staff had followed “established practices and procedures”, and after warning the Taiwanese plane of the danger, it was the Taiwan side that cancelled the request to enter the city’s airspace.

According to the transcript, Hong Kong warned its counterparts in Taipei there was a danger zone en route to the disputed islands.

“I cannot tell you more, but there is a danger area over there … the danger zone is now valid until further notice,” Hong Kong staff told Taiwan, but refused to say whether military exercises were taking place.

When asked why a “notice to airmen” was not filed in advance to warn pilots of potential in-flight dangers, Hong Kong simply said there was no announcement.

Taiwan then asked if the flight could enter Hong Kong airspace, and was told “the altitude is not safe because of danger after Hong Kong at this level”.

On seeking clearance to proceed to the Pratas the flight was told: “Hong Kong is not able to advise right now, we’ll let you know.”

The UNI Air flight then returned to Kaohsiung.

The Pratas Islands, known as the Dongsha Islands in Chinese and located within Hong Kong airspace, comprise one island, two coral reefs and two banks. They are located about 445km from Kaohsiung, and about 300km from mainland China.

While they are administered by Taiwan, they are claimed by Beijing, which considers Taiwan to be a renegade province. The islands fall within the Hong Kong aviation authority’s airspace.

Taiwan operates at least one flight a week to the islands, carrying government, military, and coastguard personnel, but they are off-limits to ordinary travellers.
Add Comment