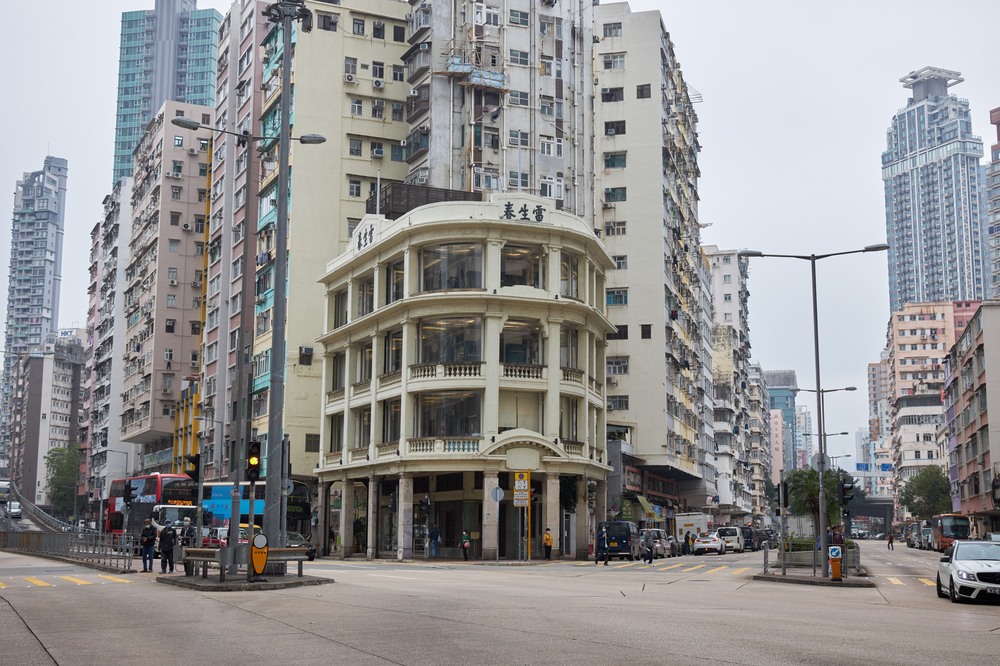 Three grade one historic buildings – Hong Kong City Hall and Jamia Mosque in Central, and Lui Seng Chun in Mong Kok – have been declared monuments under the Antiquities and Monuments Ordinance, the government gazetted on Friday.

According to the Antiquities Authority, the 60-year-old Hong Kong City Hall is now officially the city’s youngest monument.

The Antiquities Advisory Board had earlier said that the City Hall located at Edinburgh Place is Hong Kong’s second city hall and a venue for many historical events, like the inauguration ceremonies of five governors before the handover.

The board also described the hall, comprised of the Low Block, the Memorial Garden, and the High Block, as “an outstanding example of Modernist architecture which adopts a modest design that focuses on fulfilling the functions of the building.”

As for the Jamia Mosque, located on Shelly Street, it was built between 1915 and 1916 with donations from Bombay merchant Haji Elias to replace the old mosque on the same site. With rich Islamic Mosque architectural features, it remains Hong Kong’s oldest mosque.

Separately, the four-story Lui Seng Chun was built in 1931 and owned by the late Lui Leung, one of the founders of KMB Ltd. The Lui family ran a Chinese medicine shop on the ground floor and lived on the upper floors. The shop closed a few years after Lui Leung passed away in 1944.

It has been revitalized as a Chinese medicine and healthcare center and has been operated by the Hong Kong Baptist University since 2012.

More information on the three monuments is available on the Antiquities and Monuments Office website. (Click here)