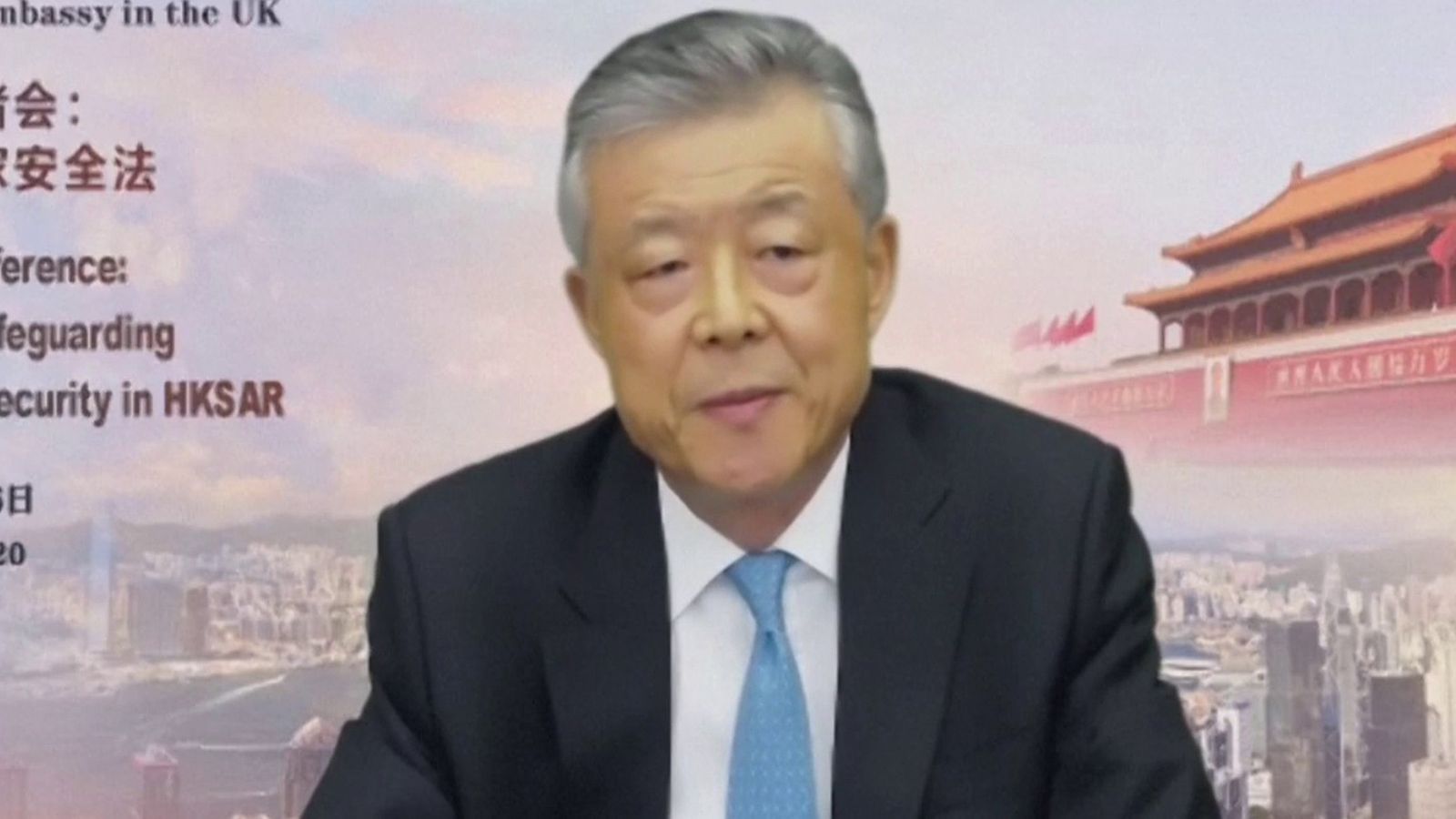 The British government has accused China of going against the joint declaration it signed to maintain autonomy in Hong Kong.
China has accused the UK of "trampling" on the basic norms of international relations - and said Britain's offer of citizenship for Hong Kongers is a "gross interference in China's internal affairs".

Mr Liu denied China had failed to fulfil its international obligations after the British government accused it of breaching the Sino-British Joint Declaration, which was supposed to give Hong Kong almost full autonomy until 2047.

In a news conference - five days after being summoned to the Foreign Office in London - Mr Liu said: "China rules Hong Kong by the basic law, not the joint declaration."

He said he was holding the news conference to ensure the British public understands the national security law it imposed on Hong Kong last week, claiming the media's coverage was "full of misrepresentations".

The ambassador said the new law does not change Hong Kong's "capitalist system", its high degree of autonomy or its legal systems - something critics and protesters dispute.

Mr Liu said the security law protects Hong Kong and "will end the chaos and restore order" to the city after months of protests against what demonstrators see as growing encroachment by China.

He went on to accuse the UK of failing to fulfil its international obligations of sovereign equality and not interfering in other countries' relations.

"The UK side knows well that Hong Kong is no longer under its colonial rule and that Hong Kong has returned to China and is now part of China," he said.

"The UK has no sovereignty, jurisdiction or right of supervision over Hong Kong after the handover.

The British government has offered a path to citizenship for nearly three million people in Hong Kong who were eligible for British National Overseas status ahead of the handover back to China in 1997.

Reacting to the offer, Mr Liu said: "This move constitutes gross interference in China's internal affairs and openly tramples on the basic norms of international relations

"Hong Kong is a part of China, Hong Kong affairs are Chinese internal affairs and there should be no external interference.

"One important task is to prevent, suppress and punish collusion with a foreign country which endangers national security. No one should underestimate the firm determination of China to safeguard its security."

Mr Liu added that China will decide what its full response is to the UK's offer to Hong Kongers once it has seen details of the plan - adding that he hopes the UK "will reconsider their position".

But he warned the consequences "might be many" if the UK decides to reject Huawei, saying a move will damage the UK's image as a business-friendly environment and signal it does not have independent foreign policy.
Add Comment