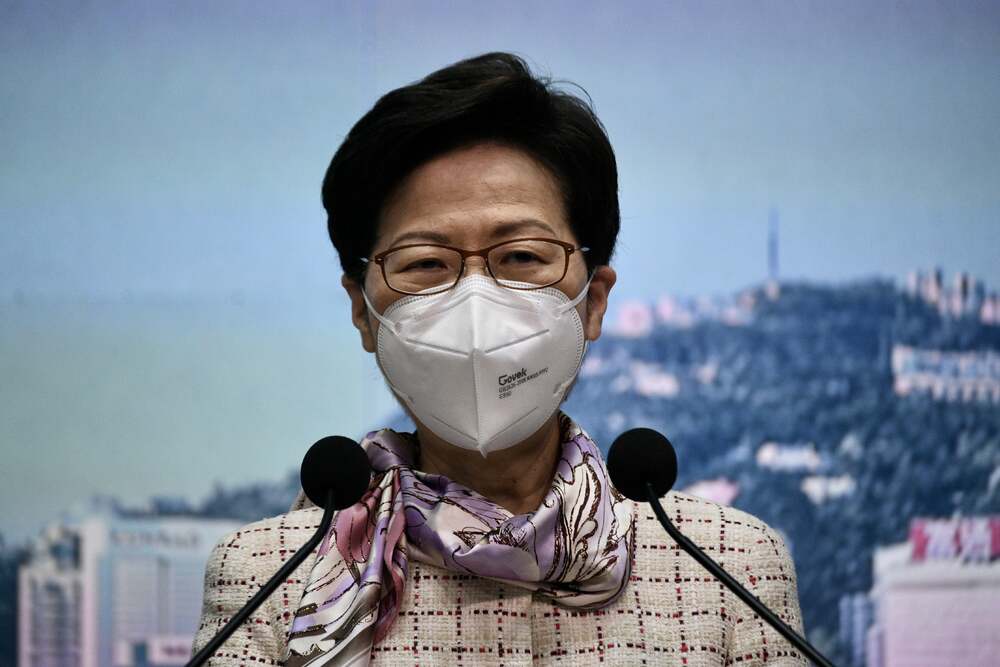 The government was unable to get the highly transmissible Omicron strain under control during the city’s fifth Covid-19 wave, but the stabilising epidemic will allow Hong Kong to return to “normalcy”, Carrie Lam Cheng Yuet-ngor conceded in her latest — and final — monthly anti-epidemic report as chief executive.
The fifth wave which peaked in March saw some 77,000 cases in a single day, and was met with lockdowns across the city, travel curbs, and strict quarantine measures.

In the report published Monday, Lam said that the government will remain vigilant to stabilise the epidemic situation in Hong Kong with the support of the Chinese government, which has adopted a “dynamic zero” policy aimed at stamping out infection outright since the early days of the epidemic.

Lam also expressed her gratitude to mainland experts and extended her thanks to care workers sent by the central government.

Lam emphasised that stabilising the epidemic will create conditions for the reopening of borders with the mainland: “[I]n order to create conditions for the resumption of people flow with the Mainland, the Hong Kong SAR Government will … achieve the greatest anti-epidemic effect at the smallest cost while minimising the impact of the epidemic on Hong Kong’s social and economic development.”

Though the fifth wave has ended, Hong Kong is still grappling with the coronavirus. Bar clusters uncovered over the weekend have reignited Covid fears.

“The Hong Kong SAR Government will continue to further boost the vaccination rates of children and the elderly as a matter of priority,” Lam said. She also added that the Vaccine Pass, which has drawn criticism from local experts who have called the scheme a de-facto vaccine mandate, will continue to be “strictly implemented”.

Lam said in March that any large-scale evaluations of the current administration’s handling of the Covid-19 epidemic will be left to the next government, to be helmed by chief executive-elect John Lee Ka-chiu, with herself in an advisory role.

“I believe it would be more appropriate if the next administration takes up the review. If my opinion as the official bearing responsibility for epidemic measures is needed, I will gladly provide my input,” Lam said.
#Coronavirus  #COVID-19  #vaccine  #Covid
Add Comment