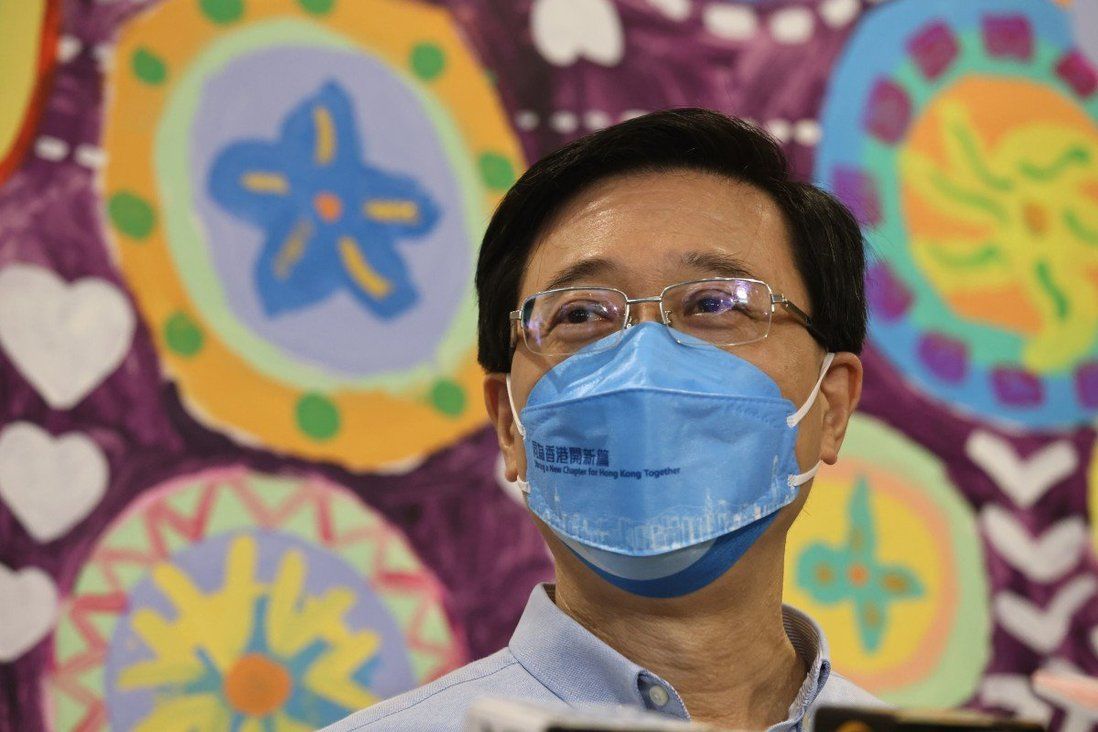 Candidate will deliver long-awaited platform in speech at convention centre but will not say whether he will create two new deputy posts to assist chief secretary and financial chief as rumoured, insiders say.

Hong Kong’s sole chief executive candidate John Lee Ka-chiu will stress that restructuring the government forms a key part of his vision for results-oriented leadership when he unveils his long-awaited election platform on Friday, the Post has learned.

Other top priorities for Lee would include care for the elderly, technology, youth development and civil service reform, but he was unlikely to definitively state that he would revive a decade-old plan to strengthen the city’s No 2 and 3 positions with deputies, sources said on Wednesday.

“We need to study carefully if the deputy financial secretary would take away too many tasks from the portfolio of the chief secretary and his prospective deputies,” a campaign office insider said. “But it doesn’t mean the two posts will not be set up after Lee assumes the post of chief executive in July or delivers his maiden policy address in October.”

The source told the Post Lee would only provide an overall policy direction when he reads out his manifesto during an event at the Hong Kong Exhibition and Convention Centre on Friday. The speech, which will begin at around 11am and is expected to last 30 minutes, will be broadcast live on television and streamed via his Facebook channel.

Lee, the sole candidate with Beijing’s backing, was confirmed by election authorities on April 18 as the only hopeful to have received the required number of nominations to enter the May 8 election.

A preliminary check with sources on the content of his manifesto suggests the city’s former No 2 official will aim to tackle the city’s housing and land woes based on his “new ideology” of a “result-oriented” approach.

According to the insider, Lee will not set hard targets on Friday, such as building a certain number of residential flats each year or reducing the average waiting time for applicants for public housing. He will only propose allowing eligible tenants to move into new public blocks earlier while other structures at the same estate are still under construction.

Another member of the campaign office said the functions and the division of labour between the Chief Secretary’s Office and Financial Secretary’s Office needed to be decided before any public announcement on the creation of the deputy posts could be made.

The idea of adding two new deputies, first floated by former chief executive Leung Chun-ying in 2012, was revived earlier this year by incumbent leader Carrie Lam Cheng Yuet-ngor, whose plan to restructure government departments and bureaus was positively received by Lee and his campaign team, the insider said.

Lee’s platform will also highlight the need for the next administration to step up policy research and check the pulse of society but will not mention plans to reinstate the Central Policy Unit (CPU) at the heart of government.

The outfit, which dates back to the colonial government in 1989, took a different focus and name under the current administration. After taking office in 2017, Lam revamped the CPU to focus on positioning Hong Kong as an innovation hub and renamed it the Policy Innovation and Coordination Office.