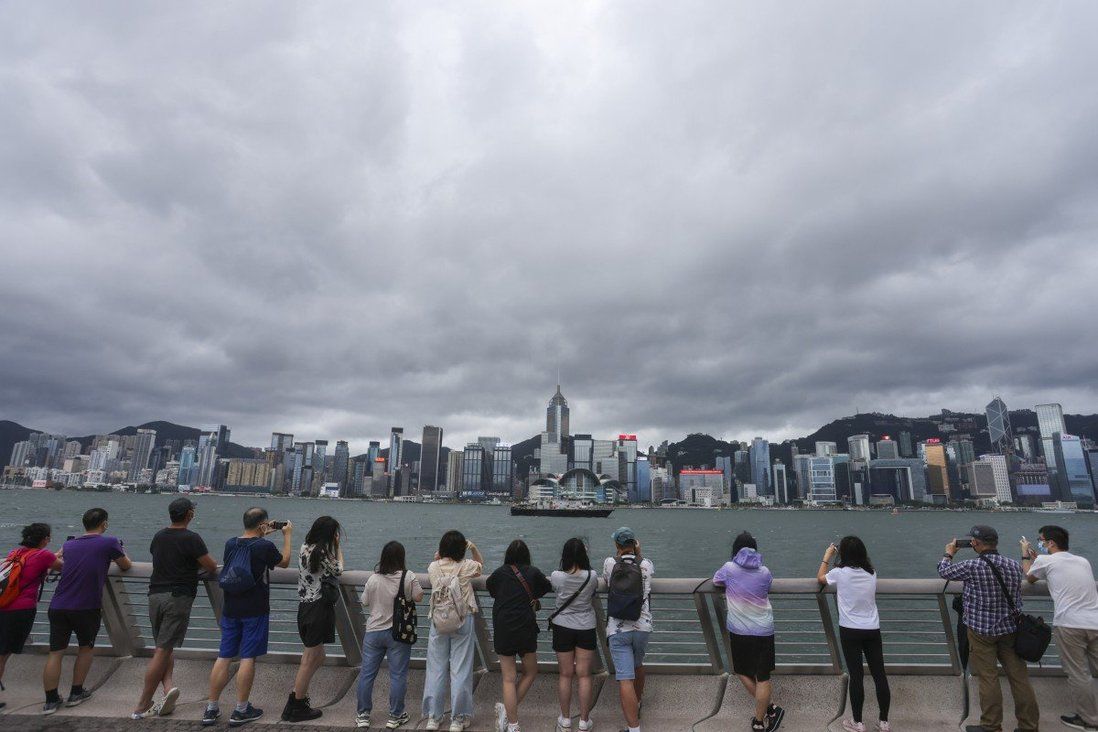 Hong Kong’s spokespersons must counter both accusations of suppression of freedoms and the narrative that the economy is withering under the weight of Covid-19 restrictions. But our political and business elite are experienced at promoting the city overseas, which itself has a track record of overcoming adversity.

President Xi Jinping, in his keynote speech in Hong Kong on July 1, described the city as “a pioneer riding the wave of our country’s great cause of reform and opening up”. He lauded Hong Kong for its role “as an important window and bridge connecting the Chinese mainland and the world” which has “made an irreplaceable contribution to the miracle of long-term, steady and fast economic development of the motherland”.

Not only did Xi compliment Hong Kong for its strengths as a free and open economy highly convergent with international rules, he also envisaged Hong Kong playing an even bigger role in “advancing the new paradigm of China’s opening up on a larger scale, across more areas and in greater depth”.

Xi’s remarks reflect China’s recognition of Hong Kong’s unique advantages as the linchpin between the Chinese mainland and the world, and the expectation of Hong Kong carving out a greater role on the international stage in tandem with China’s global ascendance.

Promoting Hong Kong overseas is nothing new to Hong Kong’s leaders, from both government and business, who have a tradition of venturing abroad to negotiate trade deals or promote Hong Kong as a trade, manufacturing and, in recent decades, a global financial hub.

Hong Kong played a particularly high-profile role in the 1990s when China was subject to annual renewal of its Most Favoured Nation status under US law. Arguing that Hong Kong’s exports, of which a large proportion were re-exports from mainland China, would be adversely affected if China’s MFN status were not renewed, Hong Kong sent high-level delegations to Washington to lobby for China’s MFN renewal until China acceded to the World Trade Organization in 2001.

It can never be precisely ascertained to what extent Hong Kong’s efforts made a difference, but Hong Kong officials gained valuable experience of door-knocking on Capitol Hill and in the corridors of US power.

If Hong Kong is to relaunch such overseas promotion, especially in the West, its strategy will have to differ radically from that adopted in the 1990s, when then governor Christopher Patten told his senior officials not to be “apologists for China”. Hong Kong officials were instructed to stick to the harm that could be inflicted on the city if China’s economy and trade were throttled, but not to get involved in defending China. 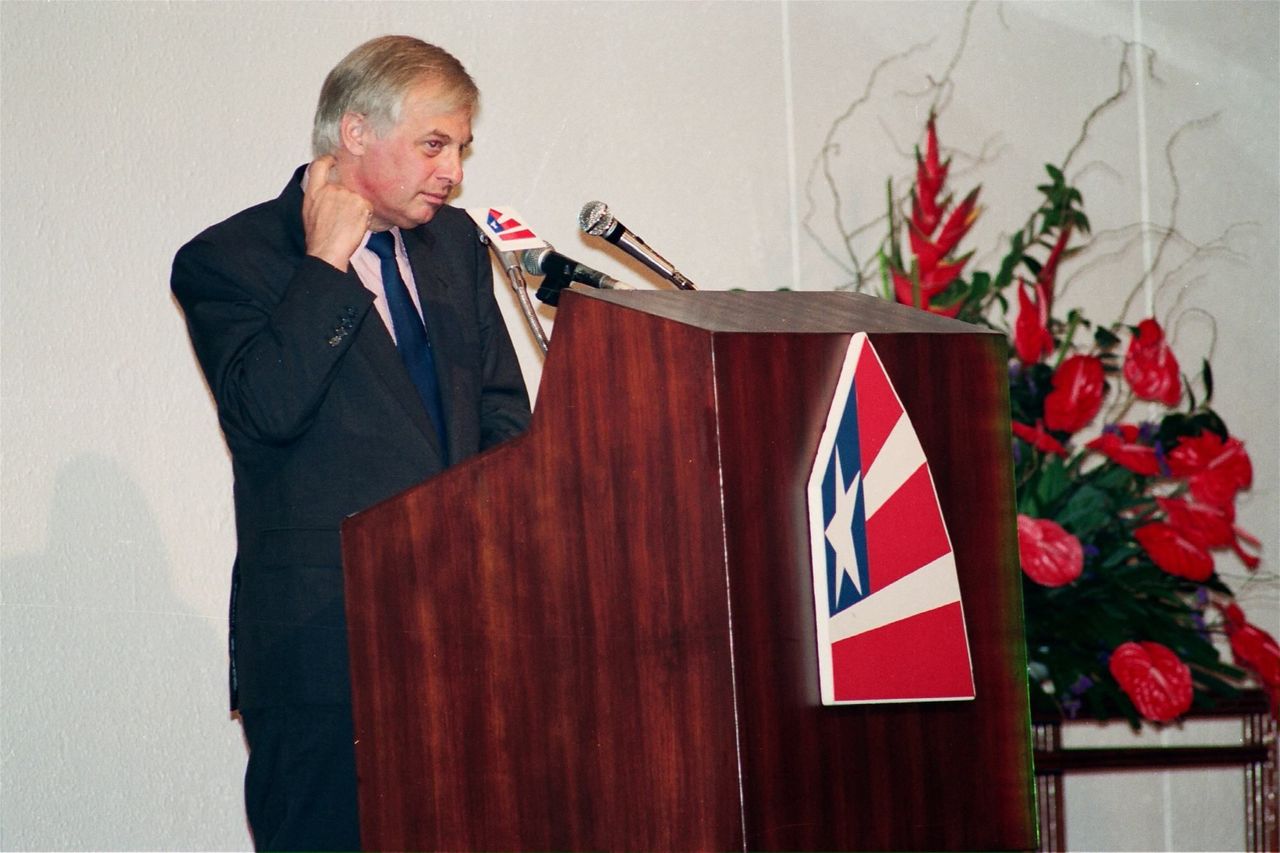 Then governor Chris Patten made a plea for the US to grant China permanent Most Favoured Nation trading status while addressing an American Chamber of Commerce lunch in Hong Kong in 1993.

The situation has changed drastically since then. Constitutionally, China has resumed exercise of sovereignty over Hong Kong since July 1, 1997. Hong Kong is incontrovertibly an inseparable part of China. Hong Kong’s systems, culture and the values of many in the city were, and still are, closely aligned with those of the West. But when push comes to shove, Hong Kong must stand up for the sovereignty, national security and developmental interests of its motherland.

Moreover, after US president Donald Trump declared, in his Executive Order on Hong Kong Normalisation in 2020, that Hong Kong is “no longer sufficiently autonomous to justify differential treatment” in relation to China under US laws, Hong Kong’s space for dealing with the US has shrunk. The US-led Western media now routinely lumps Hong Kong together with mainland China in its narrative alleging the suppression of human rights and freedom in China.

Thus, Hong Kong’s spokespersons face an uphill task. They have to fight headwinds on two fronts. On the political front, emanating from the social unrest of 2019 and the measures adopted by China to restore security, are one-sided accusations of suppression of rights and freedoms and erosion of autonomy.

On the economic and business front, Hong Kong faces negative portrayals of the city withering under the burden of its anti-epidemic travel and social restrictions, disconnected from the world and facing a talent crunch.

But Hong Kong has a track record of fighting back and overcoming adversity. Hong Kong officials and their allies have been working hard to recover lost ground, and are producing results.

The measures announced by the new administration to ease overseas travel restrictions are a case in point. By abolishing flight bans and cutting the hotel quarantine period to “3 +4”, flight bookings have soared and signs of life are returning to the international travel scene. While more needs to be done, these are important steps in the right direction.

The policy is clearly there, right from the top at the national level, for Hong Kong to rejoin the world and continue to function as a vanguard, intermediary and catalyst of China’s opening up and modernisation.

We need to tell the Hong Kong story honestly, accurately and comprehensively, deploying both our “hard power” – our economic, financial, cultural and human assets – and our “soft power” – our unique history and lifestyle at the crossroads of China and the West, Hongkongers’ understanding of Western institutions and values, and the indomitable fighting spirit of our younger generation, as manifested by the sports achievements of our world-class athletes.

The Hong Kong story will have to be told forcefully, as part of the China story, but with nuance and subtlety. It will need to be a collective effort of all those who love Hong Kong. Regardless of occupation or belief, all can play a part in rebuilding Hong Kong, provided they abide by the law and the “one country, two systems” principle. I look forward to Hongkongers joining forces to tell a reinvigorated story of Hong Kong to the world.