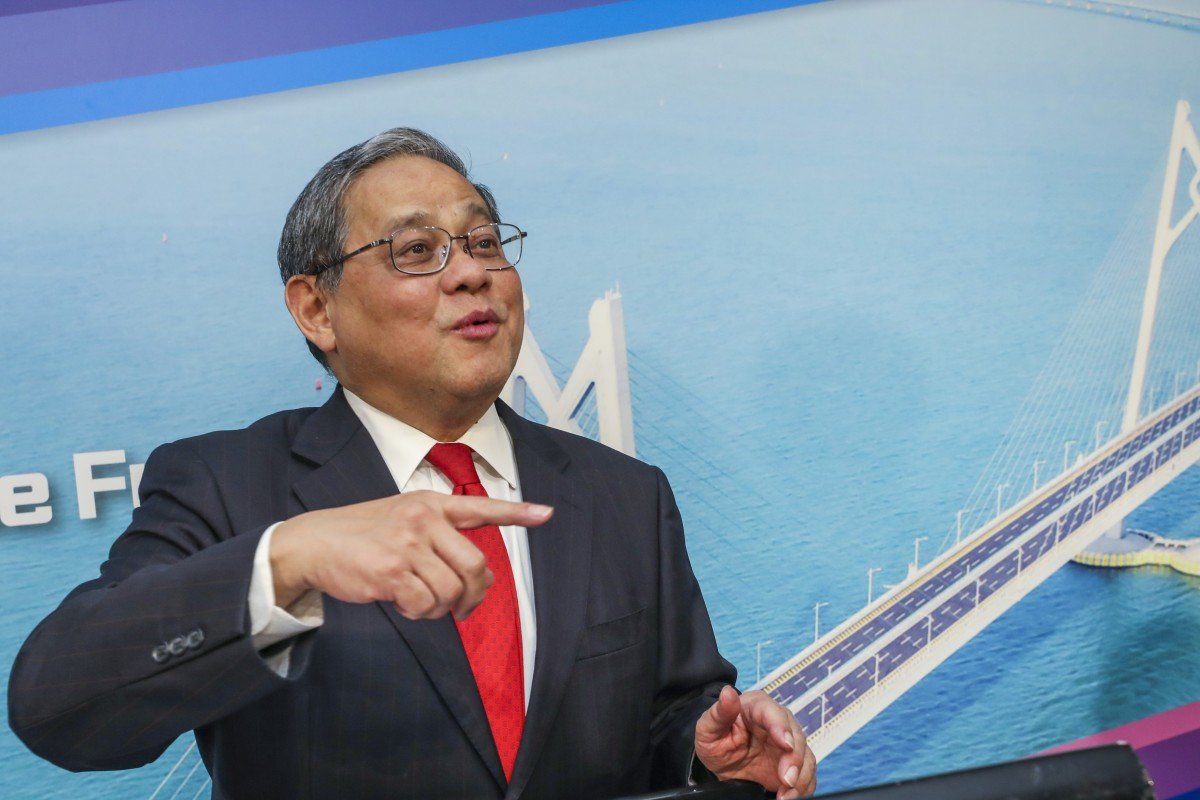 The 2022 Foundation, a think tank, set out 50 recommendations to push forward the national project which aims to rival Silicon Valley by 2035

Hong Kong’s top business figures have called for cutting red tape and riding on new technology to facilitate trade under China’s “Greater Bay Area
” project to turn the city and 10 of its neighbours into an economic powerhouse.

A key conduit to ramp up trade across jurisdictions would be the Agreement on Trade Facilitation, a multilateral mechanism under the ambit of World Trade Organisation, said Victor Fung Kwok-king of the Fung Group, leading the first effort by the local business community to map out its vision for the ambitious project.

Fung’s think tank, the 2022 Foundation, unveiled a policy study report on Friday setting out 50 recommendations to push forward the national project which aims to rival Silicon Valley by 2035.

The report comes a month after the central government published its long-anticipated document laying out the blueprint to transform Hong Kong and 10 cities around the Pearl River Delta into a thriving global centre of technology, innovation and economic vibrancy.

Fung described the bay area project as a new way to understand how the application of the “one country, two systems” principle of governing Hong Kong could be a source of enduring competitive advantage for the city and its neighbours.

“The GBA offers Hong Kong more options. Indeed, it is possible to imagine a GBA where living standards, business freedoms and efficiencies in the [Pearl River Delta] come to be more like those in Hong Kong,” he said.

The foundation’s 50 recommendations were listed under six themes: fostering further economic reform, enhancing cooperation, intensifying regional development, boosting the workforce, increasing understanding of the region, and establishing new institutions, such as a chamber of commerce that would put business leaders from the 11 city economies under one roof.

On business cooperation, the foundation proposed making Hong Kong the big data centre that would link the bay area together.

“Global businesses that rely on big data are in need of a ‘neutral’ hub to help bridge divergences in the digital systems of China – a US$4 trillion digital economy generating vast amounts of data. Hong Kong is an obvious location,” Fung said.

On fostering further reform and opening up, the foundation pointed to the WTO’s 2017 Agreement on Trade Facilitation (ATF), under which customs procedures, business regulations and product standards are to be streamlined.

Michael Enright, a University of Hong Kong business professor who was involved in the foundation’s study, noted that while the ATF was reflected in a trade agreement signed between Hong Kong and Beijing in December, red tape and bureaucratic practices continued to haunt businesses.

“Right now, even in Hong Kong, in order to process trade, you still need to send documents to something like nine different departments,” Enright said.

“If Hong Kong, Macau and the Chinese mainland can even coordinate on what the forms look like … they can all have their own rules and standards, but the paperwork is the same, then think about how that eases the ability to do re-export.”

Enright said the European Union, which consist of nearly 30 sovereign states, provides an interesting example of how a wide range of standards and professional qualifications can be harmonised or mutually recognised by different states.

Edward Chan Kwok-man, vice-president of the Chinese Manufacturers’ Association of Hong Kong, welcomed the foundation’s suggestions. He said the implementation of WTO rules had been taking place in trade between Hong Kong and the mainland, and had improved as the US-China trade dispute developed.

“Though both mainland China and Hong Kong have been WTO members for many years, goods imported to the mainland – including those from Hong Kong – could face fluctuating tariff rates and high added-value tax,” Chan said. “But now, the rates are clearer and stabler and the reduction of added-value tax will take effect from April.”

Chan also noted the mutual recognition of product standards would bring much convenience to traders. But he said the work must be led by Beijing because it would concern the alignment of different national standards.

Terence Chong Tai-leung, an associate economics professor at the Chinese University of Hong Kong, said fair implementation would remain a challenge though a shared framework to handle commercial disputes could be set up in the bay area.

“Hong Kong might be more stringent in law enforcement but the mainland cities might not; it would be better if a Greater Bay Area court can be set up to handle commercial disputes,” Chong said.

Chong also cautioned that it would be difficult to realise mutual recognition of professional qualifications because it might affect industrial interests in different cities.