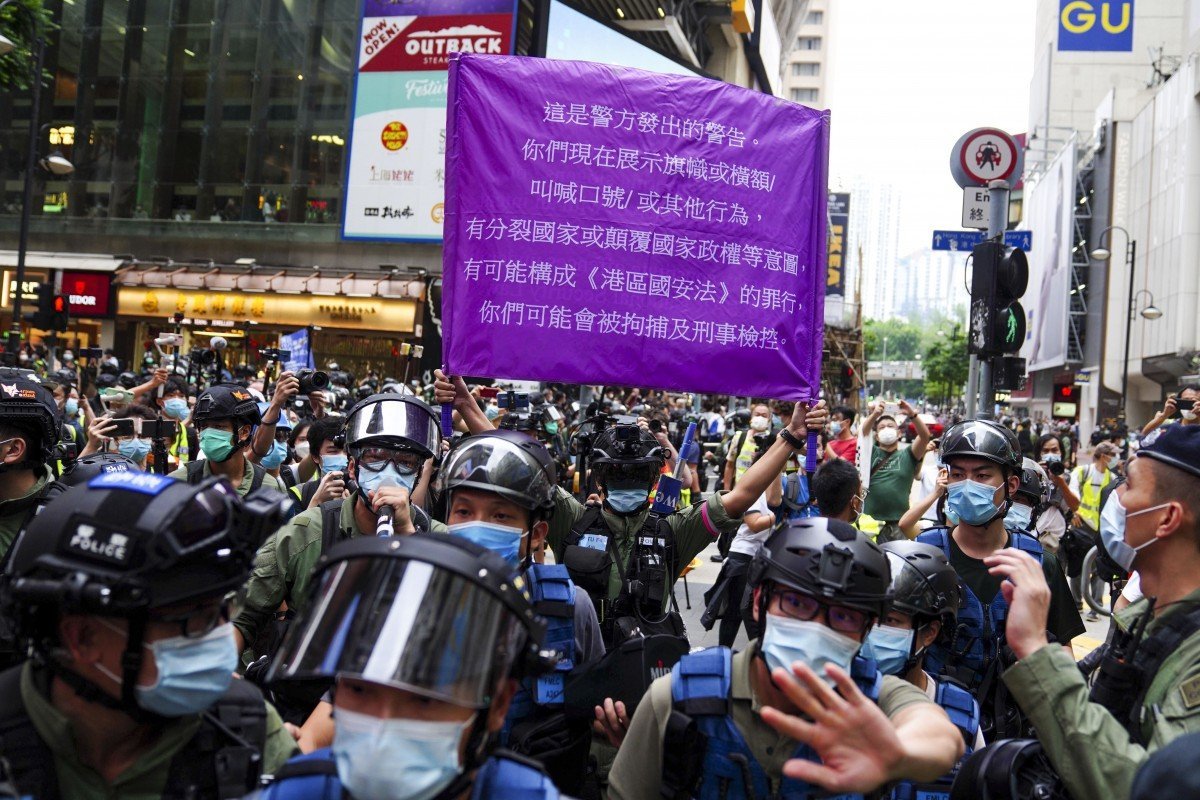 Banks in Hong Kong could face sanctions for engaging in “significant transactions” with officials cited by the Trump administration following the adoption of a controversial national security law in late June.

Hong Kong’s financial sector could soon find itself back in the middle of an uncomfortable tug of war between China and the United States over Beijing’s imposition of a controversial national security law for the city in late June.

The Trump administration is facing a deadline on Monday to identify, in a report to the US Congress, individuals who facilitated the “erosion” of Beijing’s obligations under the Basic Law﻿. Critics argue the sweeping powers under the national security law impinge on long-held freedoms guaranteed in the city’s mini-constitution.

Trump issued an executive order on July 14 ending Hong Kong’s special economic status, while the US government enacted the Hong Kong Autonomy Act
to punish officials accused of curbing the city’s autonomy, as well as the financial institutions that do business with them. The State Department has 90 days to designate them, after which banks will have 12 months to end all business relations.

It is the latest example of the US flexing its muscle through the threat of secondary sanctions on businesses to put maximum pressure financially on governments to achieve diplomatic goals. In the process, American authorities are making more risky transactions that would normally be routine – and still perfectly legal in many jurisdictions, according to compliance experts.

For global lenders with large retail operations in Hong Kong, such as HSBC and Standard Chartered, the risk of running afoul of American authorities is particularly acute as the flow of global trade underpins their bottom lines.

Since the law was enacted, HSBC has lost 15.6 per cent of its market value while Standard Chartered suffered 12 per cent on the Hong Kong stock exchange. Both underperformed an 8.8 per cent drop in an index tracking major banking stocks in the city.

Potential sanctions against financial institutions can range from bans on senior executives travelling to the US to losing access to US dollar clearing functions.

“It comes down primarily to the prominence of the US dollar,” said Bharath Vellore, a managing director for Asia-Pacific at risk compliance firm Accuity. ﻿“If you are a bank and you are cut out of US dollar settlement, that’s basically a death knell for the financial institution.”

On Thursday, the US issued sanctions against 18 major Iranian banks as it seeks to further pressure the Iranian government over terrorism financing and nuclear proliferation. The move would essentially cut off Iran from the global financial system and has been widely criticised by humanitarian officials as it would greatly reduce the country’s ability to import needed food and medicines.

“Our maximum economic pressure campaign will continue until Iran is willing to conclude a comprehensive negotiation that addresses the regime’s malign behaviour,” US Secretary of State Mike Pompeo said in a statement. 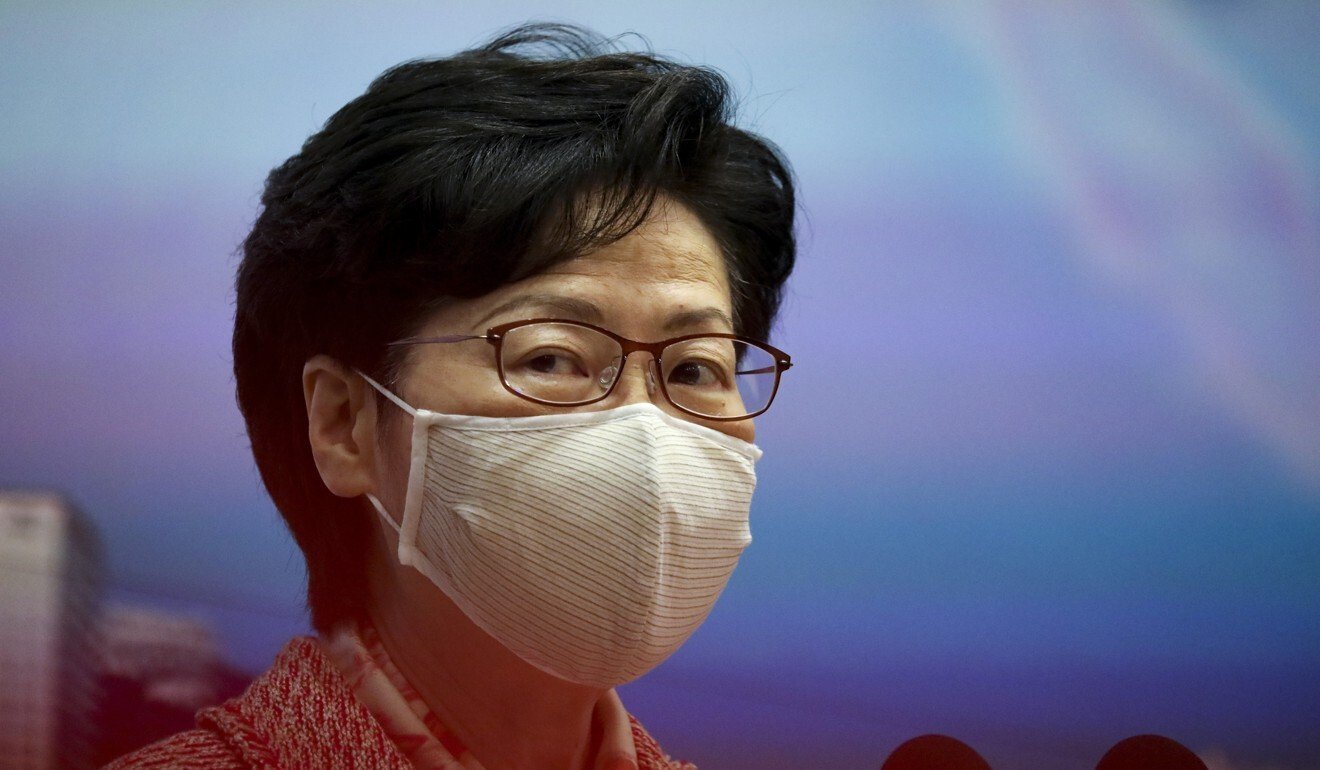 The ability of the US to place sanctions on bad national actors existed for years, but American officials have increasingly used the threat of secondary sanctions on businesses in recent years to try to stave off the flow of funds to nations already facing existing bans, such as Iran or North Korea, or force countries to address alleged human rights abuses, such as China and Russia.

China’s Bank of Dandong was banned from the US financial system in 2017 after American authorities accused it of helping North Korea evade sanctions. Last year, a US judge held three Chinese banks in contempt of court for failing to comply with subpoenas in an inquiry into North Korea sanctions violations.

This year, the Trump administration blacklisted dozens of Chinese companies over allegations of the use of forced labour of the minority Mulism Uygur population in Xinjiang or their purported ties to China’s military. Those companies have included a unit of one of the world’s largest garment producers
and a supplier to Tommy Hilfiger, Patagonia and Nike.

The use of secondary sanctions has furthered US policy goals, but caused a “transatlantic political divergence” between the US and its allies in Europe and created greater compliance uncertainty for private-sector companies, the Atlantic Council, a Washington think tank, and financial industry trade group UK Finance said last year.

“Due to the power of the US dollar, breadth of the US market, and dominance of the US financial system, even the threat of secondary sanctions prompts many non-US companies to change their behaviour to avoid the risk of such sanctions,” the Atlantic Council’s Samantha Sultoon and Justine Walker, then-director of sanctions policy at UK Finance, wrote in the September 2019 report.

“The potential of secondary sanctions has also prompted further de-risking as reputable multinational firms adjust their risk appetite and hedge against possible punitive action from Washington.”

At Accuity, for example, the company’s client base moved from mostly banks and insurers five years ago to a much broader base of non-financial companies, including retailers and casinos, as firms are increasingly worried of breaching US sanctions rules, according to Vellore.

The sanctions risk for companies operating in Hong Kong rose since the adoption of a broad-based national security law for the city, according to analysts.
Many of businesses heavily reliant on the city to their bottom lines, such as HSBC, Standard Chartered and Swire Pacific, came out in favour of the law, saying they hoped it brought stability to a city racked by months of anti-government protests and the economic fallout of the coronavirus pandemic. The move by those companies to publicly support the law was heavily criticised by US and UK politicians. 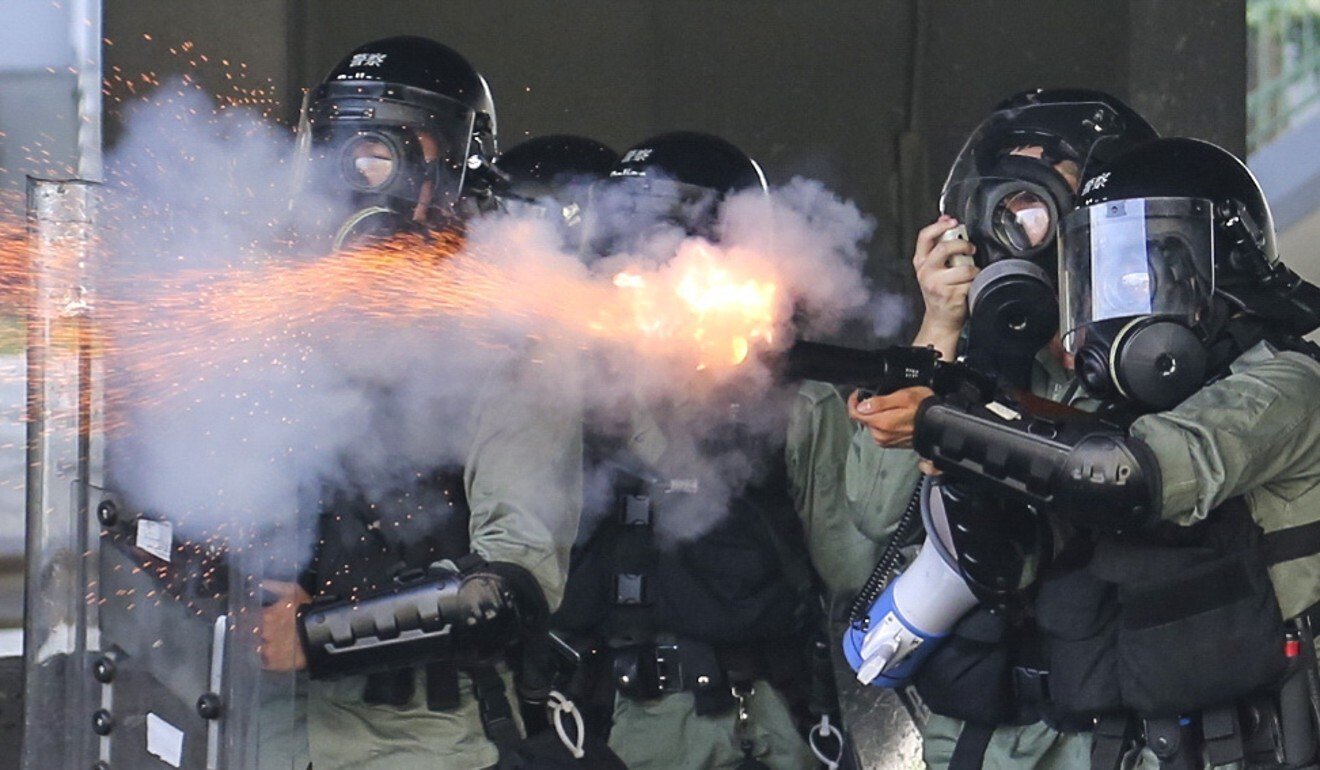 In August, the US issued sanctions against 11 Hong Kong and mainland officials, including Chief Executive Carrie Lam Yuet-ngor and the city’s current and former police commissioners, over the national security law. Those individuals are likely to be included in the US State Department’s report to Congress.

As tensions worsened by the world’s two biggest superpowers this year, global banks in the city reviewed their client lists and some cut ties with so-called political exposed persons who could be targets of US actions.

For example, Commissioner of Police Chris Tang Ping-keung transferred his mortgage from HSBC to Bank of China (Hong Kong) days ahead of the sanctions designation and Lam said she is having trouble using her credit cards since the sanctions were announced, which she has called a “meaningless” inconvenience.

The US has since accused HSBC of maintaining banking relationships with individuals facing American sanctions, while cutting off access to Hong Kong executives of Next Digital, the publisher of Apple Daily.

HSBC is heavily reliant on future growth in mainland China and Hong Kong as part of a massive restructuring plan and chief executive Noel Quinn said as part of its half-year results in August that the bank follows “the laws and regulations of all of the countries in which we operate and will continue to do that”.

American banks and other lenders in Hong Kong must “carefully walk a tightrope” to comply with US sanctions and not damage their businesses in the mainland as China’s financial services industry further opens up, according to Fitch Ratings.

hey also face the potential of running afoul of the national security law, which prohibits sanctions or blockades of Hong Kong or mainland China.

Nationalistic tabloid Global Times has said HSBC could be included on an “unreliable entities” list being drafted by Beijing because of help it provided US prosecutors in an investigation into Chinese telecommunications giant Huawei Technologies.

“Further US sanctions on Chinese or Hong Kong-based individuals could lead to reputational issues,” Fitch analysts Monsur Hussain and Grace Wu said in a September 22 research note. “Extension of sanctions to corporates with strong links to the Chinese state, or [state-owned enterprises], would add credit risk in addition to issues of reputational risk, which might incentivise these banks to manage their credit risk more tightly towards counterparties that could be affected.”

The “most problematic” scenario for Hong Kong lenders would be if the US imposes sanctions on systemically important, state-owned banks and effectively cuts then off from the US financial system.

“However, this is felt to be an unlikely course of action due to the extremely high likelihood of tit-for-tat repercussions from the Chinese state,” the Fitch analysts said.