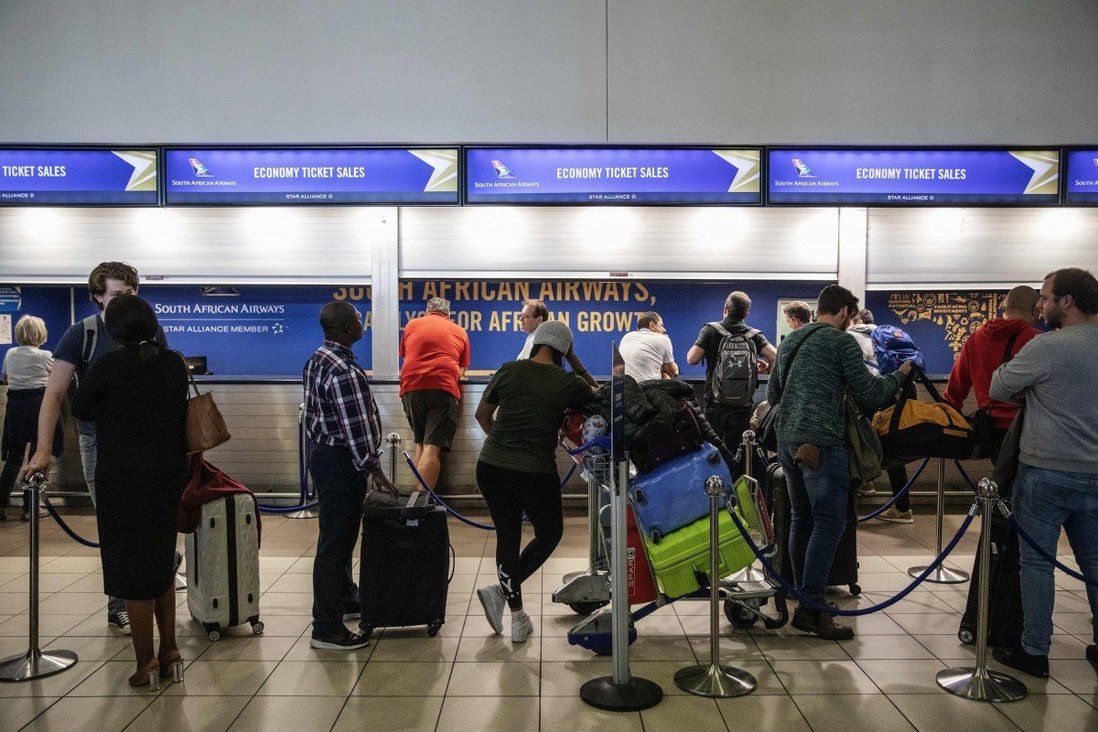 Hong Kong on Friday joined a growing list of jurisdictions imposing tough travel and border controls on southern African countries, amid global concern over the emergence of a new coronavirus variant already found in the city.

Health officials have barred non-Hong Kong residents from entering the city from Botswana, Eswatini, Lesotho, Mozambique, Malawi, Namibia and Zimbabwe, taking effect at midnight. Fully vaccinated city residents can still arrive from those countries but will have to quarantine for three weeks.

Previously classified in the medium-risk Group B category for Covid-19, the nations join South Africa and 24 other Group A places deemed to pose the greatest threat to Hong Kong.

That high-risk categorisation requires Hong Kong residents to quarantine in a designated hotel for 21 days on arrival in the city. Non-residents in high-risk countries are not permitted to travel to Hong Kong.

Announcing the changes late on Friday, a Hong Kong government spokesman said: “Although scientists are not fully certain of its potential effects on the epidemic situation or whether the relevant mutations would affect the efficacies of vaccines, we have to stay vigilant.”

The new variant – known as B.1.1.529 – has so far mostly been detected in South Africa, while a handful of cases have also emerged in Botswana, where it was first discovered.

Two cases were found in Hong Kong, both in travellers undergoing hotel quarantine.

Professor David Hui Shu-cheong, a pandemic adviser to the Hong Kong government, said reports of the new variant were “concerning”.

“We need to have more information; the number of confirmed cases is actually too small to have any meaningful analysis, but we should be concerned,” he told the press on Friday.

The emergence of the new strain has roiled financial markets and triggered the widespread tightening of border controls.

However, scientists still do not know if the variant is more deadly, transmissible or resistant to vaccines than others in circulation.

The new variant has 32 spike protein mutations, compared with the 13 to 17 seen in the more prevalent and highly infectious Delta variant, according to some overseas research.

Generally speaking, the higher the number of mutations – which are known to help the virus evade the body’s immune response – the greater the chances of infection.

As of Friday, Britain, Singapore, Germany and Israel had tightened their borders in response to news of the variant, imposing flight bans on the southern African countries.

Local media in Japan and India reported the governments there would respond similarly. The European Union is also proposing flight prohibitions.

Earlier on Friday, Hui said Britain was taking a “precautionary” approach by banning flights, adding: “The Hong Kong government should consider this because we don’t know how aggressive this new variant is”.

The World Health Organization is due to meet later in the day to decide whether B.1.1.529 will be labelled as a variant “of interest” or “of concern”.

Hong Kong is the first place outside the African continent to have detected the new variant, which is expected to be designated “Nu” in keeping with global naming conventions based on the Greek alphabet.

The first person found to be carrying it in Hong Kong was a traveller from South Africa whose “selfish” valve mask was blamed for a cross infection in a quarantine hotel last week.

Arriving in the city on November 11, he was said to have opened the door to his hotel room – either while wearing a mask that filters only air as it is breathed in rather than exhaled, or without having one on at all.

He was in quarantine at the Regal Airport Hotel when he tested positive for Covid-19 on November 15. A guest staying in the room across the hall – a 62-year-old arrival from Canada – tested positive five days later.

Referring to the large number of spike protein mutations in the new variant, the United Kingdom’s Health Security Agency said on Thursday: “These are potentially biologically significant mutations which may change the behaviour of the virus with regards to vaccines, treatments and transmissibility.”

Travellers coming from southern Africa need to fly through a transit hub, normally the Middle East, to reach Hong Kong, with there being no non-stop flights available since the pandemic started.