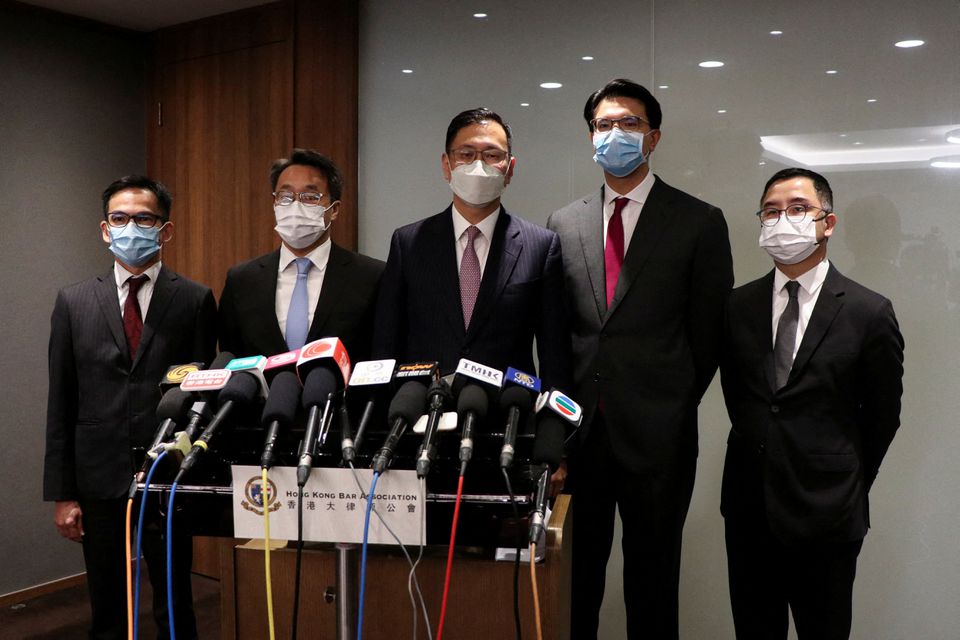 The new head of Hong Kong's Bar Association pledged on Thursday to defend the Chinese-ruled territory's vaunted rule of law amid concerns over the impact of a Beijing-imposed national security law on the Asian financial hub.
Commercial law specialist and senior counsel Victor Dawes was elected unopposed at an annual meeting of the group, which represents 1,500 barristers. He replaces human rights lawyer Paul Harris whom Beijing officials had called "anti-China."

Some lawyers see Dawes as a low-profile, pro-establishment choice after several years of strong stances by the association in the former British colony whose robust legal system helped make it an attractive international financial center.

Dawes said his team would work to keep the group's independence and speak up for rights if needed as prosecutions moved through courts under the June 2020 national security law which came after months of anti-government protests.

Acts of subversion, terrorism, collusion with foreign forces and secession can be punished with up to life imprisonment.

Dawes told media he expected Hong Kong's courts to come to a "just determination" as defendants argued for rights enshrined in law. "When there is an issue on the rule of law in the next year of course we will be concerned and at the right juncture we will comment, when necessary," he said.

Harris, who did not stand for re-election, had criticized jail terms for several democracy activists last year. The newspaper of China's ruling Communist Party called the Bar Association a "running rat".

Dawes, whose association includes both pro-China and pro-democracy lawyers, acknowledged fears in the community. While there could be compromise in politics, "there's really no compromise when one is talking about the rule of law," he said.