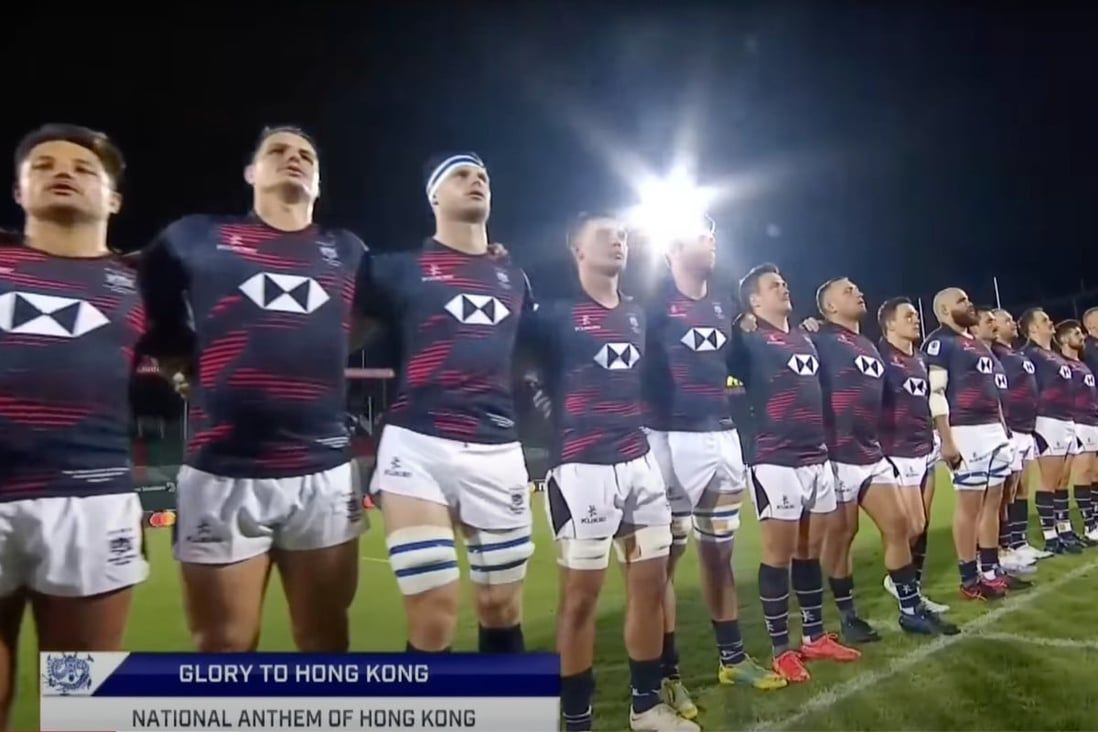 Hong Kong authorities are discussing with Google and YouTube how to prevent misleading information about the Chinese national anthem from appearing as a top search result on their sites, after a series of mix-ups involving the song overseas, the city’s No 2 official has said.

Chief Secretary Eric Chan Kwok-ki on Friday said the government would ask the tech giants to ensure search engine results showed the national anthem at the top, as he noted songs related to Hong Kong independence would appear for keywords such as “Hong Kong” and “national anthem”.

“We can definitely tell them what should be put at the top and what should be buried. There are ways to achieve that,” he told a media gathering organised by Hong Kong News Executives’ Association on Friday. “But whether the companies will comply is another issue.” 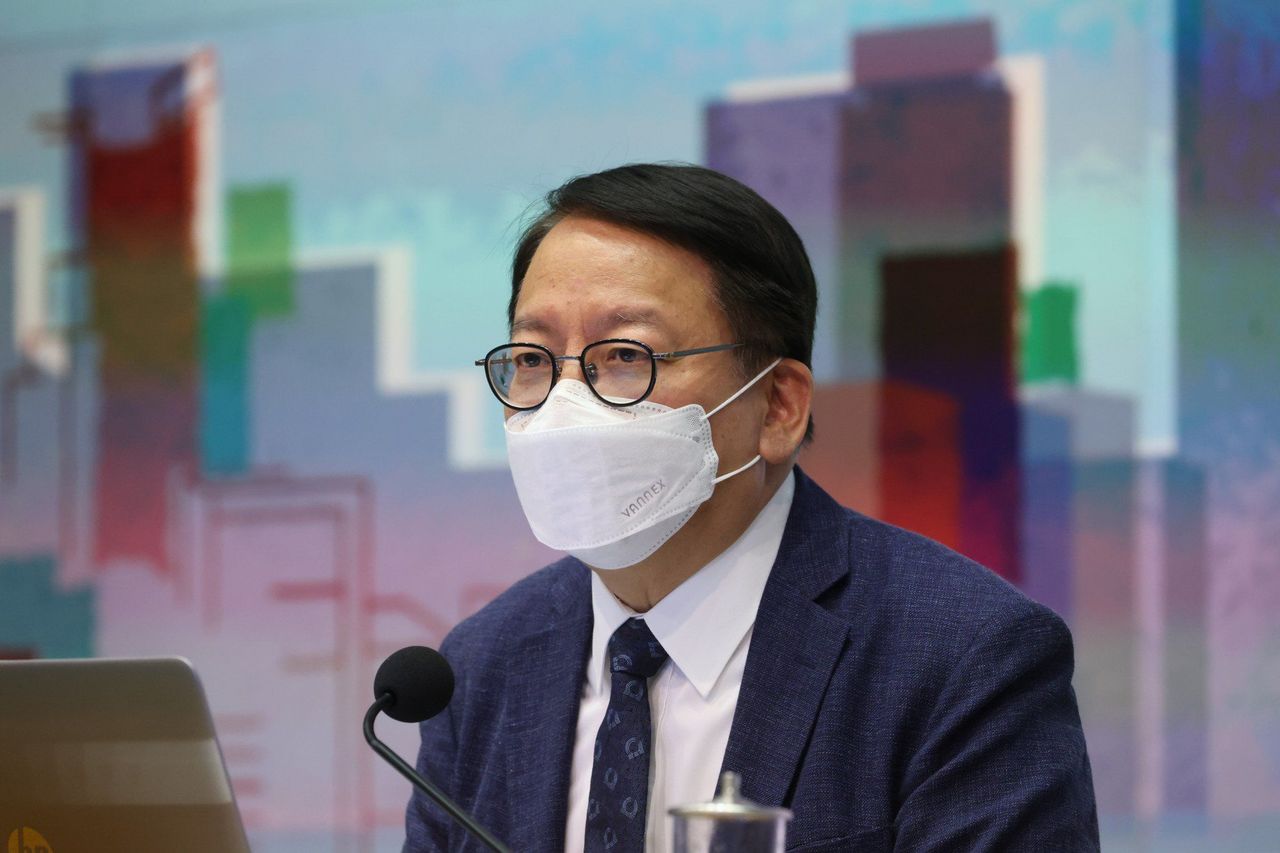 Chief Secretary Eric Chan.
Chan also said Secretary for Innovation, Technology and Industry Sun Dong was in talks with Google and YouTube about the blunder on November 13 when “Glory to Hong Kong”, a song associated with the 2019 anti-government protests, was played instead of the Chinese national anthem, “March of the Volunteers”, at a rugby match in Incheon, South Korea. The national anthem was also mislabelled in a broadcast graphic in two earlier rugby matches.

Asia Rugby, the organisers of the Incheon tournament, earlier admitted that the wrong song had been downloaded from the internet and apologised for the mix-up.

Chan said authorities had contacted Google because they had found there was a song claiming to be Hong Kong’s national anthem available for download in the search results, even though it was “factually wrong” as the city did not have its own official tune.

“March of the Volunteers” has been played at international events involving the city since its return to Chinese rule in 1997.

Chan said since there was a plethora of online search engines, it was more important to fix the process of obtaining the national anthem to prevent organisers from downloading the incorrect song from the internet than only requesting changes to search results.

Asia Rugby had also pledged to set up a central repository for national anthems, he added.

A Wikipedia page titled “Glory to Hong Kong” is among the top search results for the term “Hong Kong national anthem” on Google, despite anti-government protests ending three years ago. The same search on Friday found the first result was now a Wikipedia page for “National anthem of Hong Kong”, stating the city did not have its own song.

A protest song was played instead of the Chinese national anthem at a rugby match in Incheon, South Korea.

The government has ordered a police probe into the three blunders to determine whether any laws were violated, including the National Anthem Ordinance and the national security law, with the latter applying to offences committed outside the city.

Chan also revealed that the force had interviewed members of the Hong Kong rugby team who had played at the Incheon tournament and had examined their phone and computer records, adding there was “no evidence suggesting the members should not be trusted”.

There was also no evidence indicating a “political aim”, as an investigation had determined that junior staff who had played the song had neither studied in Hong Kong nor had any connection with the city, he added.

The Sports Federation and Olympic Committee of Hong Kong, China, on Tuesday issued a new set of protocols for playing the national anthem and raising the city’s flag when local teams played overseas.

The guidelines detail how national sports associations under the committee should ensure the right anthem and flag are used at international sports events.

It also said athletes should make a “T” sign with their hands if they noticed anything amiss when the Chinese national anthem and the city’s flag were used at international sporting events, as well as call for an immediate correction. If there is no swift correction in the wake of a mix-up, the team leader should leave the venue with the entire team until the issue is fixed.

The protocols state that associations that fail to comply with the rules could face sanctions such as the suspension of their committee membership and government funding.

Ronnie Wong Man-chiu, the committee’s honorary secretary general, said that if the sport team at the scene made no attempts to fix a blunder, there might be penalties with a deterrent effect based on the severity of the situation.

“The contract of individual coaches may be terminated if the situation is serious,” he told a radio programme on Friday. “If it involves team leaders, they may be banned from leading the team in the future.”

Wong said the association’s board of directors could face sanctions and an end to government funding if they did not realise the gravity of the errors and continued to make mistakes.

He explained the committee might impose sanctions by suspending the association’s operations but emphasised that athletes could still take part in competitions.

Wong added that if the organiser was “incompetent” or did not follow the correct procedures, they would file a complaint to international sports federations and the International Olympic Committee to request a sanction.

“We will ask them to sanction and ban the organiser from holding international competitions for a period of time,” he said.

He added the committee would provide a toolkit that included two storage devices containing the national anthem and two city flags to sports associations participating in international competitions this week.