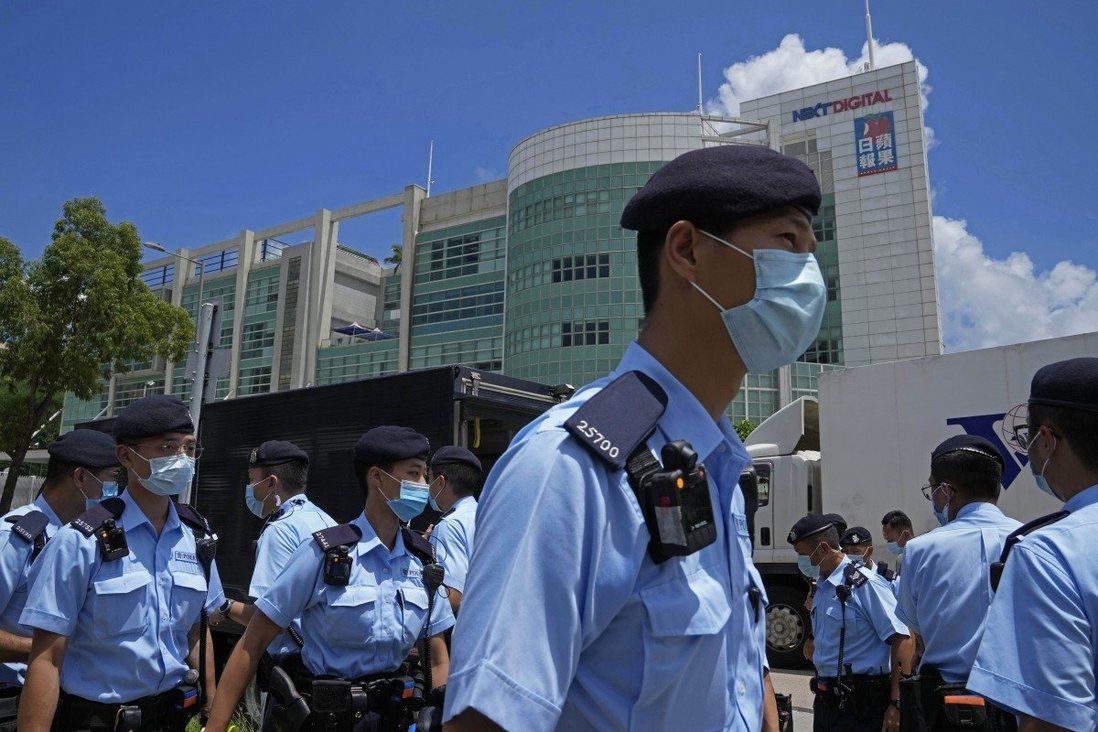 Hong Kong authorities hit back at Next Digital, say it is shifting blame

Hong Kong authorities have hit back at media firm Next Digital, founded by jailed tycoon Jimmy Lai Chee-ying, accusing it of trying to shift the blame for its operational decisions and “maliciously smearing” the national security law.

The Security Bureau on Monday also accused the firm, which is the parent of the defunct Apple Daily newspaper, of attempting to make law enforcement authorities a scapegoat after the company said a crackdown under the legislation made it impossible to continue operating.

The bureau’s strongly worded response was sparked by a Hong Kong stock exchange filing on Sunday in which the company announced its remaining directors would step down. The board – comprising the chairman and three directors – also called on the government to allow the company’s liquidation to pay former staff and creditors.

In the statement, the board claimed the company had since last year been targeted by the authorities under the Beijing-imposed national security law, which criminalises acts of secession, subversion, terrorism, and collusion with foreign forces.

“This uncertainty created a climate of fear, resulting in many resignations among the remaining staff at the company in Hong Kong, including those responsible for the regulatory compliance duties of a publicly traded company.”﻿

The bureau said the authorities had acted in accordance with the law.

“The prosecution case, covering acts, statements and articles alleged to be relevant to the charge, has already been stipulated clearly in the allegations submitted by the prosecution to the court in writing during the legal proceedings and supplied to the defendants,” it said.

“During the stage of mention hearing, the prosecution case will only be disclosed to the defendants, including their legal representatives, but not the general public. It is the prevailing arrangement in criminal proceedings, so as to ensure that the future hearing could be conducted fairly.”

It added: “By putting the blame for its operational decisions on law enforcement actions, [Next Digital] is trying to shift its responsibility, with law enforcement authorities which act in accordance with the law as a scapegoat, and maliciously smearing the national security law.” 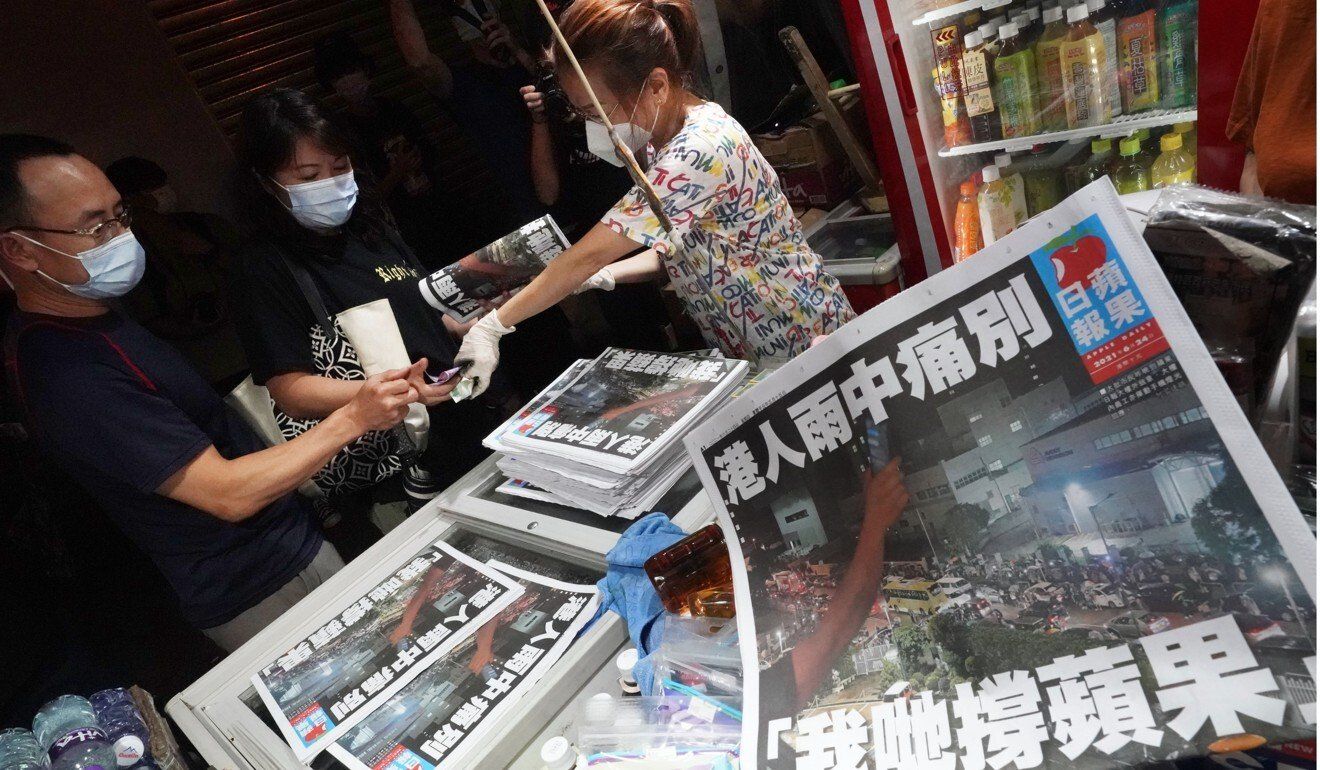 The last edition of Apple Daily came out on June 24.

It also questioned how an order by the authorities to freeze HK$18 million (US$2.3 million) worth of the company’s assets could have led to its downfall.

Citing company announcements in May, the bureau noted that at the end of March, the group said it had enough money to operate for 18 months onwards.

“[Next Digital] subsequently made an announcement in July 2021, disclosing that it had made an early loan repayment of HK$150 million to its former chairman and major shareholder [Lai],” it said.

“The above situation shows there is no such thing as [Next Digital] being forced into liquidation due to a lack of funds arising from enforcement actions.”

The bureau also suggested malpractice could have been involved, saying: “Members of the public should instead pay attention to the previous financial reports of Next Digital Limited, which stated that there was still considerable time to go before the loan concerned was due.

“This casts doubt as to whether such repayment was potentially intended to defraud the company’s creditors.”

The bureau also expressed “regret over the misleading statements” by Next Digital and said the authorities would continue to handle the case and pursue legal action in accordance with the law.

Chan, who sits on the Legislative Council’s security panel, said the independent non-executive directors on the board had failed to do their job, which was to safeguard the public’s interests.

He said the board had also laid the blame on the government and enforcement of the national security law, and added: “I hope they won’t be that innocent to think they can shirk all their responsibilities just by resigning and saying those words.” 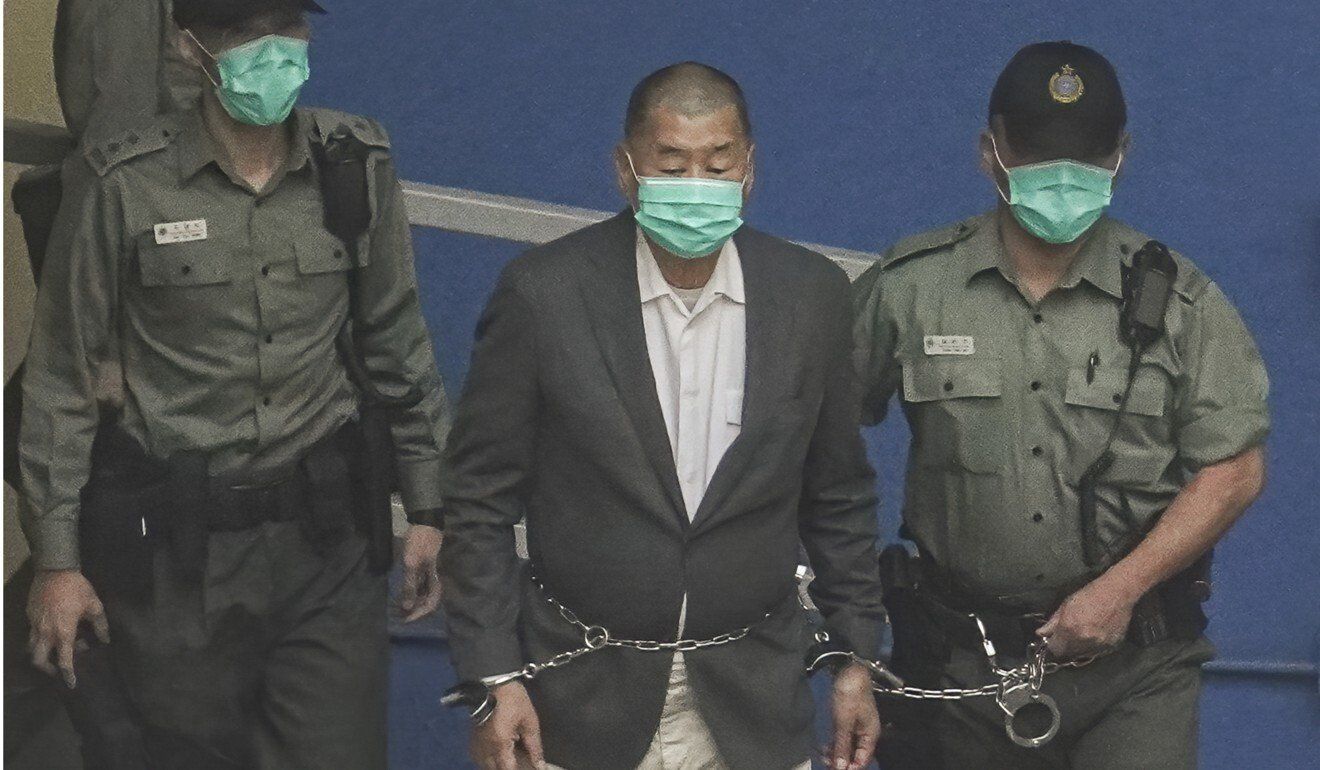 Jimmy Lai is serving jail terms for his role in various illegal protests in 2019.

Trading of Next Digital shares has been halted since June 17 and the company said on Sunday it would remain suspended until further notice.

Lai is facing multiple charges related to the national security law and is currently in jail serving sentences for convictions related to his role in various illegal protests in 2019.

In May, the authorities cited the national security law to freeze Lai’s bank accounts and stop him from exercising his voting rights in the company, in which he has a 71 per cent share.

Police in June also arrested several senior Apple Daily executives, some of whom have been charged with conspiracy to collude with foreign forces over a series of articles allegedly calling for sanctions on Chinese officials.

The secretary for security cited the law to freeze HK$18 million worth of the company’s assets. Days later, the board decided to shut down Apple Daily, which printed its last edition on June 24.

Last month, the company also offered to vacate its headquarters in Tseung Kwan O Industrial Estate, amid allegations it had improperly sublet some space.