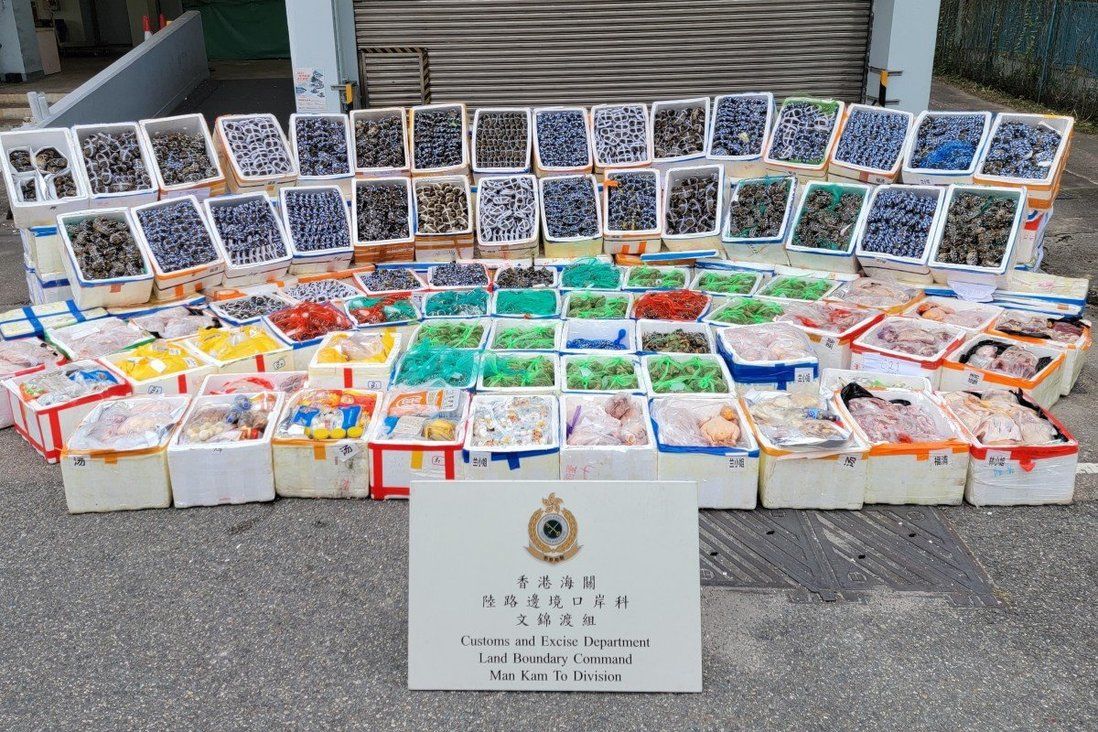 Some 17,000 hairy crabs valued at about HK$1.53 million (US$196,800) and another 1.1 tonnes of frozen food believed to have been smuggled from mainland China were seized by Hong Kong authorities last Friday.

The contraband was found by customs officers on Friday hidden among other legally imported items in a cargo vehicle at the Man Kam To Control Point, near the border with Shenzhen. The 47-year-old man driving the truck was arrested.

The hairy crabs did not come with health certificates from authorities at their point of origin, as required by law, and the frozen meat and poultry also lacked the necessary papers or prior written permission from the local Food and Environmental Hygiene Department. 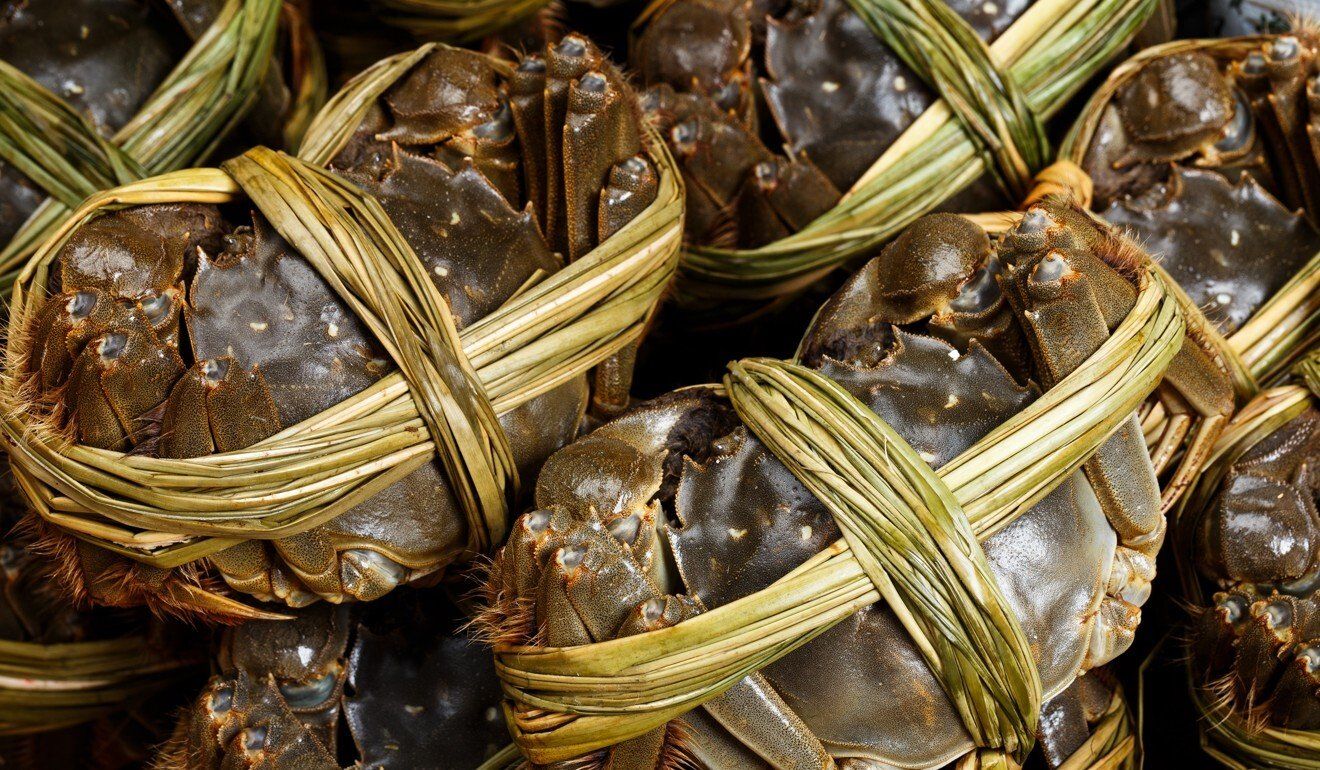 Hairy crabs are prized by diners for their rich roe, and are only in season from late September to November.

Joint operations by the department and customs officers to crack down on such smuggling would continue, a government statement said.

Failing to provide the necessary health declaration for imported food can draw a fine of HK$50,000 and jail term of up to six months.

Anyone convicted of smuggling faces a maximum fine of HK$2 million and up to seven years’ imprisonment, while those caught selling food unfit for human consumption can be fined up to HK$50,000 and jailed for six months.

Since 2018, importers have been required to apply for a special permit to ship hairy crabs after the crustaceans were found to have almost twice the accepted levels of dioxins and dioxin-like polychlorinated biphenyls the previous year. The compounds are known carcinogens, and can also damage the reproductive and immune systems.

Usually shipped into Hong Kong from the mainland or Taiwan, the crabs are prized for their rich roe, and are only in season from late September to November.

Last year, the city’s largest bust of smuggled hairy crabs – which netted nearly 8,000 of the creatures – was worth an estimated HK$1.2 million.

Across the border, authorities also warned the public to be wary of hairy crab scams.

The most common swindle involves shops selling coupons for specimens from Yangcheng Lake in Jiangsu province, which is reputed to produce the best hairy crabs. But instead of authentic Yangcheng hairy crabs, coupon holders are instead given crabs from other nearby ponds and lakes.