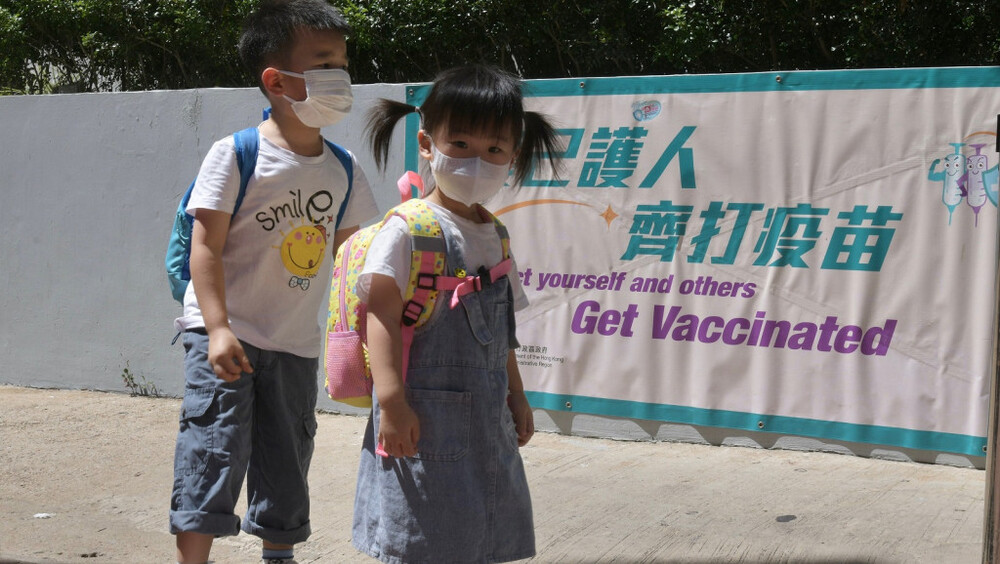 The Hong Kong government announced on Wednesday to authorize the emergency use of the BioNTech vaccine, which could be applied to children between six months and five years old.
According to a spokesperson, the government is conducting a “well-progressed” discussion with the vaccine manufacturer and awaiting the schedule and information on the vaccine’s supply.

The announcement came after the city lowered the age limit for receiving Covid vaccines to six months in August, as several cases involving infected toddlers were recorded.

With the introduction, Hong Kong parents will be provided with another option to get their kids inoculated besides the previously approved infant version of the Sinovac vaccine, which shares the same doses and composition as the version for adults.

Health Secretary Lo Chung-mau stated the government has attached conditions to ensure the vaccines fulfill the safety, efficacy, and quality criteria for specified use in Hong Kong in an emergency situation.

The conditions included requiring the manufacturer to provide the latest clinical data on the vaccines, safety update reports, and quality certification documents for each batch of vaccines.

The city has recorded 7.68 percent of its population under two years old receiving Covid vaccines, with the figure being 86.52 percent for children aged between three and 11.
#Vaccines  #BioNTech  #vaccine  #Covid
Add Comment