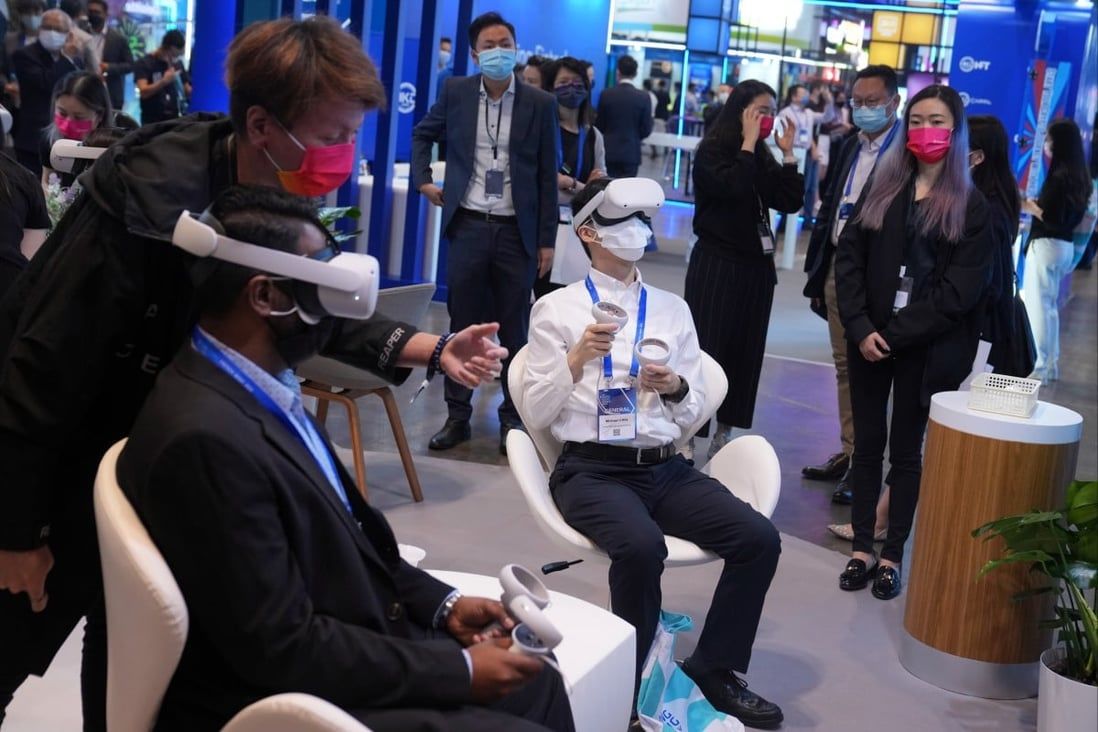 Cities are hosting their fintech events in the same week, with some industry players saying they will go to both.

Hong Kong and Singapore are competing to attract industry leaders to their respective flagship fintech mega events this week, marking the first such clash since they launched in 2016, with some participants saying they planned to go to both.

More than 20,000 participants and more than 500 firms are expected to join Hong Kong’s FinTech Week, which started on Monday, while attendees from more than 110 countries and 2,000 organisations will take part in the FinTech Festival in Singapore from Wednesday to Friday.

The showdown came a month after Singapore took third place in a global ranking of the world’s most favoured financial centres, beating out Hong Kong.

In a bid to show it is open for business, Hong Kong has invited 500 companies, including 126 banks, multinational technology firms, and start-ups, to attend a two-day in-person event at the Convention and Exhibition Centre in Wan Chai, while the rest will be able to join virtual events hosted throughout the week.

Among those attending Hong Kong’s FinTech Week was Tom Scampion, the chief executive officer of GSS Rose, a cross-industry financial service provider based in the United Kingdom.

Scampion said he chose to fly to Hong Kong last Thursday, citing the city’s attractiveness and long-running reputation as a financial hub, but also planned to go to Singapore for the first time on Tuesday.

“For years, Hong Kong has been a trusted financial centre. That hasn’t changed. It really is an attractive part of the world to be in because it has got people who are very highly educated, and obviously know how to do international finance,” he said.

“The big positive here is simply the mature banking system in Hong Kong for such a long time.”

Participants from DBS Bank and China Telecoms also told the Post their companies had sent staff in Hong Kong and Singapore to both events, while no overseas executives would be present at either one.

Other companies said the events’ overlapping launch dates had forced them to choose only one.

Mohit Kapoor, CEO of Hong Kong-based Haven Technologies, said he opted to remain in the city because it felt more ideal to focus on the market where he founded his company.

“Given that we are a start-up, we don’t have the resources to cover both [at the same time]. Hong Kong was a natural choice as our home base,” he said.

Some attendees at the Hong Kong event said the city’s entry restrictions and mask mandate had prevented them from fully capitalising on business opportunities during their stay.

Under the current anti-epidemic measures, inbound arrivals are required to undergo a three-day medical surveillance period with limited movement around Hong Kong. They are also issued an amber health code, which prevents them from entering premises covered by the city’s vaccine pass, such as restaurants and bars.

Ashish Kaushik, Vymo’s head of presales and solutions for Southeast Asia, said he was unable to network as much as he liked because of his amber status.

“I flew into Hong Kong [on Sunday], but I will be in Singapore by the time my code turns blue. The amber code is a big restriction, I can’t meet clients for coffee or socialise. It’s a bit of a downer,” he said.

Pravin Budhdev, the company’s regional director of sales engagement for North Asia, said he had heard other businesses were opting-out of coming to Hong Kong because of its coronavirus restrictions.

“For events as well-positioned as this, companies would want to fly in their c-suite executives, but we simply cannot spend three days with a mask on with restrictions. That is a challenge,” he said.

While the organisers of FinTech Week had earlier said it would allow overseas attendees to dine at designated restaurants during the first three days of their arrival, those taking part said they were not told about the relaxed rules and were barred from eating at places in the convention centre.

A spokesman for InvestHK, a co-organiser of the event, on Monday clarified that designated restaurants were only available to guest speakers and not other participants.

Dino Dedic, business development director of Bosnia-based Marvelsoft and a local resident, said Singapore this year had a slight advantage over Hong Kong.

“I think Singapore has opened up a little earlier and done a great job with the F1 events, where it has kind of invited the world, claiming that it’s open,” he said.

But he added that businesses “should never underestimate Hong Kong”.

“A lot of people have been challenged to come and attend from abroad, but I still think that local presence is just amazing,” he said.

Ben Cameron, an Australian expatriate in Hong Kong who works at an American payment card service company, said the city had an edge over its regional competitors because of its connection to mainland China.

“More relaxed anti-epidemic measures in the past two years in Singapore allowed some enterprises to congregate there. The ecosystem established seems to be better than Hong Kong in the short-run,” he said, adding the city state also had connections with Asean countries and India.

In September, Hong Kong placed fourth in an annual ranking by the Global Financial Centres Index, losing out the third spot to Singapore. New York, meanwhile, continued to hold the top position for a fourth year.